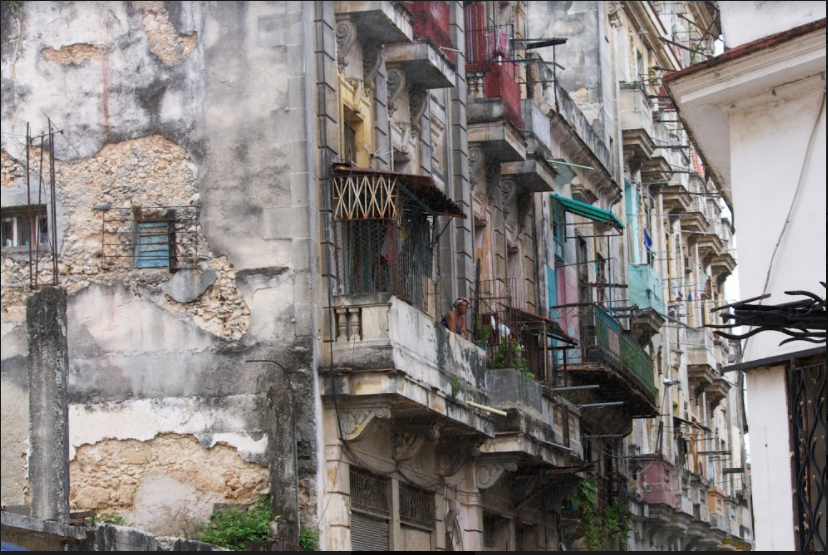 The dogs of Havana

Walking through the worn cobble streets of Old Havana, there lies a city filled with a deep rooted history that’s often misunderstood. Cuban culture is so dominant, that it presents itself in not only the architecture and the locals— but within the animals that roam the streets. One, in particular, was a medium-sized dog with a collar that had the name “Nina” on it, as she was obediently sitting in front of a local store. The name tag that she wore had the dogs photo on it and let tourists know that she had been sterilized.

As a dog lover and enthusiast, I immediately felt a connection with the furry canines that would catch my gaze on every corner. At first, I thought that these dogs were either lost or didn’t have a home, but I quickly realized that these animals were the dogs of Havana and that they belonged to the Cuban people. In the United States, animal shelters are constantly filled with unwanted dogs who are caged and eventually euthanized. In Cuba, the locals embrace these stray dogs as part of their culture.

Encountering stray dogs in Havana such as Nina has opened my eyes to the downfalls within the Cuban government. If animals are able to roam freely, why are the citizens of Cuba forced to live in a system that makes them feel trapped?

What makes Havana unique is walking around and stumbling upon a random street that is authentic and full of character. I decided to return to Old Havana in order to explore the communities on the outskirts that were less touristy and more authentic. Spending multiple weeks in Cuba, it is easy to get stuck into a routine of visiting the same areas, so I decided to return to see if I could find a place that wasn’t picture perfect.

Old Havana is known for its historic charm, but a few blocks away are run down buildings and homes filled with local residents. It became obvious when we crossed over the boundaries and into the poorer communities because the streets were no longer cobble stone, and they became extremely narrow. I noticed while looking up at these buildings that locals were hanging out of windows tending to their clothing lines and communicating with the others on the street. The feeling of being in the area of Old Havana felt surreal, because I had never experienced anything similar near our hotel. It’s almost as if the locals there could sense that we were foreigners, because they immediately started bombarding us by begging for money.

As I tried to navigate through this forgotten section of Old Havana, a little hidden market caught my eye. It was filled with fresh produce and meat, which is a luxury, as fresh food is rationed here in Cuba. I pulled out my camera to capture the colors of all the various fruits and vegetables, as well as the gaze of a stray dog that happened to be waiting outside. Once we entered the market, employees were friendly as we explored the market. The experience of walking around an authentic community in Old Havana was a bit overwhelming, but it showed how neglected certain areas are. I noticed that the locals who live in these communities are affected similar to the gentrification in poorer black communities in the Bay Area. The tourism here in Havana is bittersweet because although it helps the economy, it leaves the residents of less desirable areas in the shadows.

The locals here have an interesting obsession with tourists, especially those from America. As soon as I stepped foot back in Old Havana, the locals on the streets were asking us the golden question: “Where you from?” As soon as I respond with “California,” I noticed that their eyes would light up as they immediately become intrigued. They want to stop and talk to us about what it’s like, and if it’s our first time being in Cuba. I guess being from the United States to many Cubans represents freedom and a lifestyle that they’ve always wanted to experience.

Many times while speaking with the locals, I’ve heard about how they have family in the US. They list off cities such as Miami, San Francisco and even Boston, but when I ask if they’ve ever visited they simply say, “No.” Being a foreigner in a historic place like Cuba definitely puts life back home into perspective.

Although our current government is in shambles, at least our rights as Americans are always protected. I could not imagine working the same low salary job and never getting a raise. I often wonder if the locals of Havana ever contemplate risking it all and leaving to Miami, just like their relatives and friends did. During this experience in Havana, it can get tiring being hassled about where I’m from, but I’ve learned to be a bit more understanding. I have to remember that although the Florida Keys are only 90 miles away from Cuba, the United States is an impossible destination for most.

They say that traveling to Havana, Cuba is like going back into time, specifically the 1950s. After my two weeks exploring the culture, food and locals of this colorful historic city, I finally understood what that meant.

Growing up in a First World country such as the United States, I never felt the effects of living in a world that was not advanced. Once the Internet was created, everyone had access to information quicker and faster, and the regulations were minimal. In Cuba, access to the Internet is strongly regulated and being able to connect to the Internet is a luxury for most.

While out and about I started noticing people of all ages, standing around Wi-Fi hot spots with their cell phones. Although I knew that my journey in Cuba was only a short two weeks, I couldn’t help but feel the home sickness setting in. The isolation of being in a communist country and not being able to freely connect with family and friends back home was extremely challenging. The day of our flight back to the United States, I decided to join a friend down to 23rd street in order to find more souvenirs. Worn down by the locals bombarding us with taxis and the merchants rudely yelling “Hey lady,” I knew it was time for me to head back home.

The feeling of arriving back into LAX was indescribable, as it felt amazing to breathe fresh air and drink as much water as I wanted. Being immersed in Cuban culture was a rewarding experience, but nothing compares to being back home.