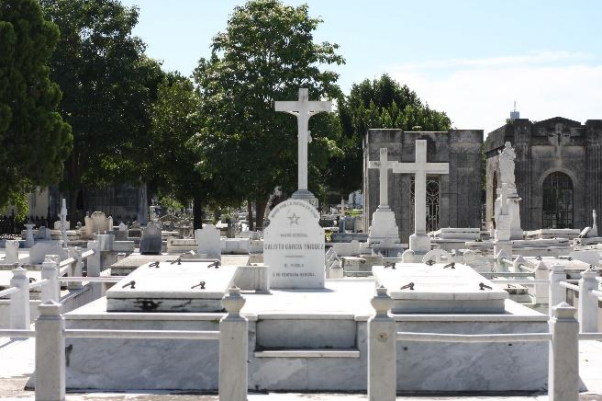 After deplaning at Havana Airport and going through security, it still had not sunk in that I was in Cuba. The humidity, intense heat and the accents were not enough to confirm that I had reached my destination. I didn’t know that in just a few moments, I would encounter my reality check. When I walked in to use the bathroom, there was a line and an attendant, which was not an unusual scene for me. When my turn came, I proceeded to walk to the stall and the attendant was saying “Miss, Miss,” and when I turned around she handed me toilet paper that seemed to be only enough to wrap gum for trash. This made me forget about everything including that Eric Bennet was on my flight.

From this point on, everything was Cuba, and it kept coming one thing after another. The flood gates had opened from the 1952 Plymouths to cars I had never seen before but could tell that they were just as aged.

After the first day I wanted more so I walked around in the neighborhood near the hotel and I could hear laughing and talking coming from one building. Looking at the building I could imagine that back in the day, this was probably a beautiful structure, but like anything that has aged and not been maintained, it became run down. This made me think about home because I had always heard about how hard life was in Cuba and that the people really struggle, but what was worse? This rundown building where you could hear laughing and talking or the tents that line the streets in Oakland, California where people are not even smiling?

I continued walking down the street and met a friendly man who seemed to live in something like a prison, but what stood out to me is how jovial he was and that he didn’t seem to have a hidden agenda. Our only exchange was as much of a conversation as we could have being that my Spanish was just as limited as his English. None of that mattered because his spirit was gentle and for me that was my focus.

I also saw the cutest boys who seemed to be having so much fun on their skateboards.  I asked them if I could take a picture and they were happy to do it. I looked at the one boy’s t-shirt and wondered if he knew or even cared that his t-shirt was the name of an airline. Probably not because we weren’t in the States where those things matter.

When I reflect on my experience so far, I can’t help but think about the entitlement and greed of the place where I’m from and humbleness of the people where I am. There was an art piece that I spotted today that summed up these thoughts for me. It was the statue of liberty on a cell phone in a 1950s taxi.

Communism, bad for whom?

Growing up, I always associated communism with being a bad thing and capitalism as being great. Sometimes in life, we just accept what we’re told if enough people are saying the same thing until we dig a bit deeper to find out for ourselves why we believe it.

Today I question if the definitions are mixed up, not my thinking. I spoke to a few Cuban natives who helped put things in perspective for me when I asked them if they had the opportunity to come to the U.S. tomorrow, would they? The response was the same amongst all; an emphatic “NO!”

One lady explained to me that her health condition is one main reason why she wouldn’t go. She went on to say that in Cuba, the government provides free healthcare and free education. She even spoke about how once her roof was leaking, the rain was coming in, and the government stepped in to take care of it.

She told me how freedom for her was having her family and friends around her; this was all she needed in life.

I spoke to a gentleman who was sipping on his rum and enjoying a cigarette when we walked up. I asked him the same questions about feeling free in Cuba and whether he would want to come to the States. He chuckled and said they have their problems in Cuba, but he is content and he loves his life. He stated that he’s fine with following the path that life has taken him. I equated this statement to one of my favorite poets, Mark Nepo, who speaks about not swimming upstream but to go with the current.

These people may not be able to pull their BMWs or Teslas into the nearest Shell or Chevron to fill up but instead, have to trek for kilometers to get the gas and bring it back in what feels like triple-digit weather. The richness they seem to have that we lack is peace. The only question I have for today is about the little boy in a photo I took with his arms crossed. I wonder if he will grow up to be Tesla or the guy trekking to get gas.

Perhaps while they’re looking through a 1950s television screen, they are seeing a much bigger picture than the latest and future inventions Silicon Valley has to offer.

All the leaders are diseased.  Raul may step down in 2018. President Obama could only do so much to mend relations between the US and Cuba. Where does it all go from here?

It is all so overwhelming but seriously, what happens next? If we start by listening to the people of Cuba, it is a simple fix. They would like more jobs created so that they could have a better life and they are adamant about the US staying out of their affairs. In simple terms, please come and visit and contribute to our economy, but take your asses home thereafter. Personally, I support this 100%.

The US is like the set of rich family members that come around and put on facades like everything is great because that is the only song and dance they know. Meanwhile back at the ranch, the issues run deeper than the part of the ocean that is out of eye shot.

I’m happy to say that in speaking to many Cuban individuals, they confirmed what I had already been thinking and feeling. The common theme in my conversations was basically that they know they have their economic problems and yes, they could use financial help, and yes it would be nice to drive more reliable, up-to-date cars and have the luxuries we have, but our problems are much worse in their eyes. When we’re depressed, many of us go to a doctor and get prescribed medication from someone who has probably dipped in the medicine cabinet him or herself prior to our arrival. When they are depressed, they have a much better solution, and it is called family, friends, and community.

What about freedom? When I asked what freedom means to them, many stated what I have already referenced, which is freedom f the om interference of the US in their affairs. This became a question that I needed to ask myself, not them. Yes, I live in the home of the free and land of the brave, so they say, but how free am I? I’m a slave to my job so that I can have healthcare because I have minor health issues. Let’s not talk about land of the brave when we are always acting in a cowardly manner with our bullying. We are called the United States but couldn’t be more divided with all the deep-seated racism and unnecessary murdering of young black men that take place.

Upon my arrival to LAX the first signage that I saw read, “Welcome to the United States.” That couldn’t be further from the truth. We are such hypocrites and once again, the Cubans helped validate what I already felt and know.