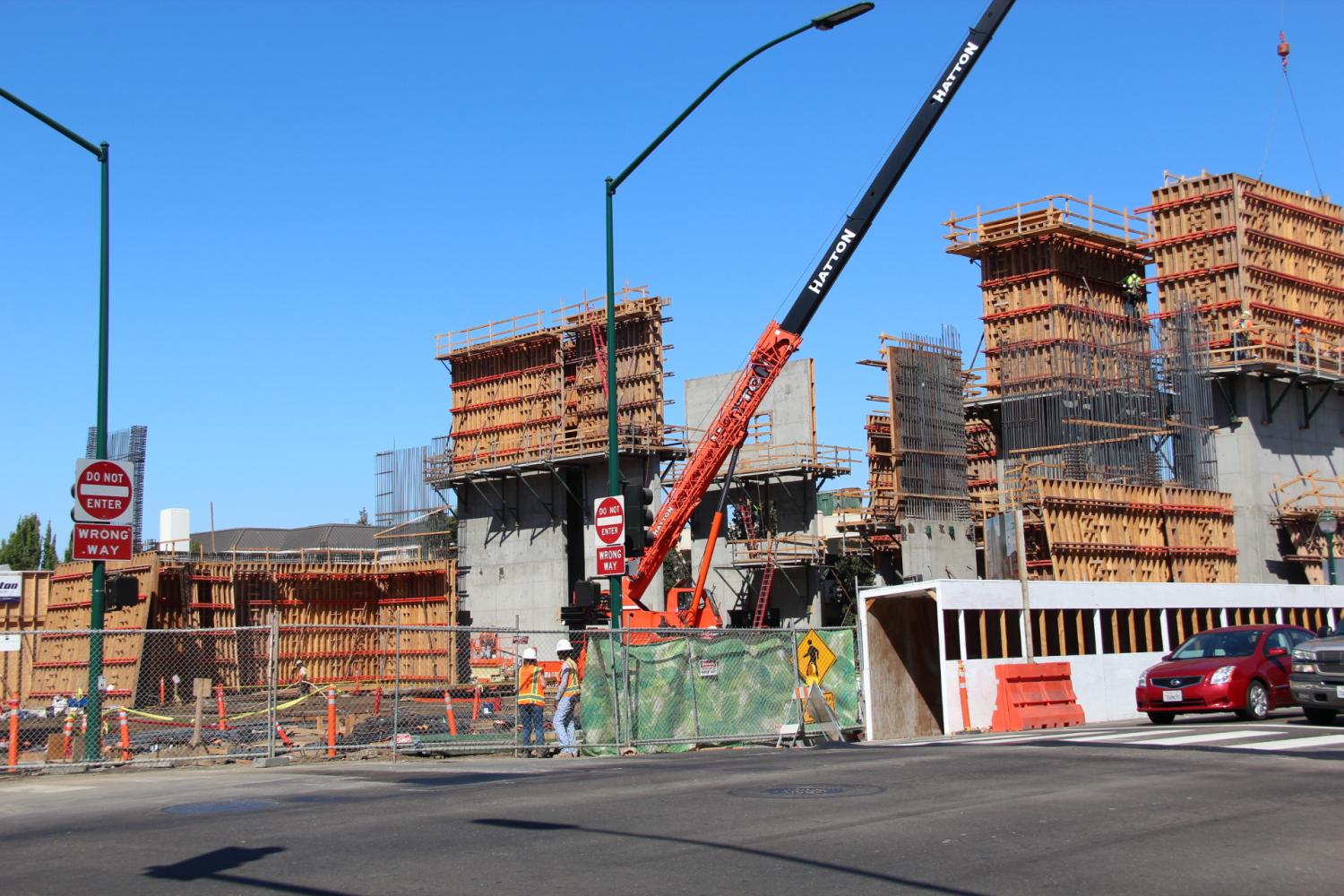 Hayward is on the road to its first Zero Net Energy (ZNE) building with the construction of a new public library.

A ZNE building produces an equal amount of energy that it uses annually from the city’s grid, according to the Office of Energy Efficiency & Renewable Energy.

The Hayward public library on Mission Blvd and C Street is slated to be demolished and replaced with a new library across the street that is prospected to be finished by early 2018.

Measure C, which passed in 2014, increased sales tax in Hayward by .5 percent for twenty years with the revenue aimed at improving the city and the public library, according to the City of Hayward’s website, and raised a majority of the 59.9 million dollars required for the total cost of the project.

With the construction of the library consisting of about 39 million of the budget.

Measure C will also fund a parking garage adjacent to the library.

Both the parking structure and the library will be ZNE buildings because they will have rooftop solar panels.

According to Reinhart, the panels will only allow them to necessitate Hayward’s electrical grid during seasons with less sunshine.

“It’s going to be the best public library in the Bay Area, hands down,” according to Reinhart. He is also expecting it to be one of, if not the largest ZNE library in the country.

“We base that statement on our research of certified Net Zero Energy libraries.

It is difficult to confirm with 100% certainty that Hayward’s will be the largest because not every project seeks national certification,” according to Reinhart.

The current approved project, 21st Century Library and Heritage Plaza, consisting of the library and plaza named the “Heritage Plaza,” according to Reinhart, will be used for events such as festivals, cultural events and the expansion of the Hayward farmers market.

While some were petitioning to have the old library turned into a landmark, the library’s expansions in 1959 and 1980 eliminated its status as a historical building, and demolition is still in the old library’s future.