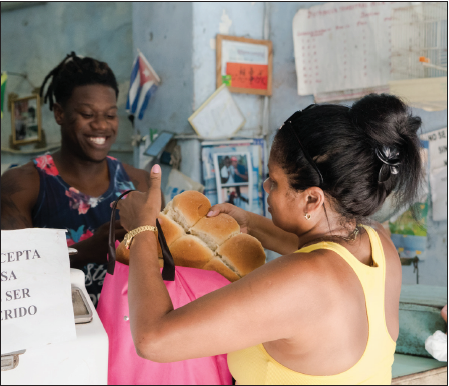 Since coming to Cuba, I have noticed the difference in how the Cuban people interact with others. In particular, in the way that they interact with strangers on the streets. My observations have brought me to the conclusion that Cuba is what we would call a “high context’ society. This is a definition for cultures that put emphasis on interactions between others. This can pertain towards getting to know someone more in depth, close contact, and relations between each other before conducting business.

While being here I have come into contact with a few of the locals. Most have been very willing to start up a conversation or to give help when asked for it. I even met some locals from old Havana at the beach. We related to each other by a common interest for the same sports teams from the Bay Area. After getting to know about one another, they offered to show me the sights of old Havana from a local’s perspective.

This is very different from the United States in my opinion because the U.S. is considered a “low context” society. This term is given to cultures that are more about the business side of things and less about getting to know the other person. We as Americans are also hesitant in getting close to each other. We like our personal space and feel uncomfortable when someone enters it.

I have encountered this opposition in the states many times. I have been able to observe people’s body language as I attempt to interact with them. I don’t know why so many Americans are so quick to push others away in order to stay in their comfort zones. Maybe it’s just the easiest way and that’s the way most people decide to live their daily lives.

This is not the way I want to live my life though. After only being in Cuba for a mere six days, my perspective of those around me has changed. I want to journey away from the “low context” and enter the “high context.” I believe that allowing others to enter our lives helps to better our own personal lives in return. By doing so we can become better people and a better society. In the end, how much harm can really come from simply saying hi to the world around us?