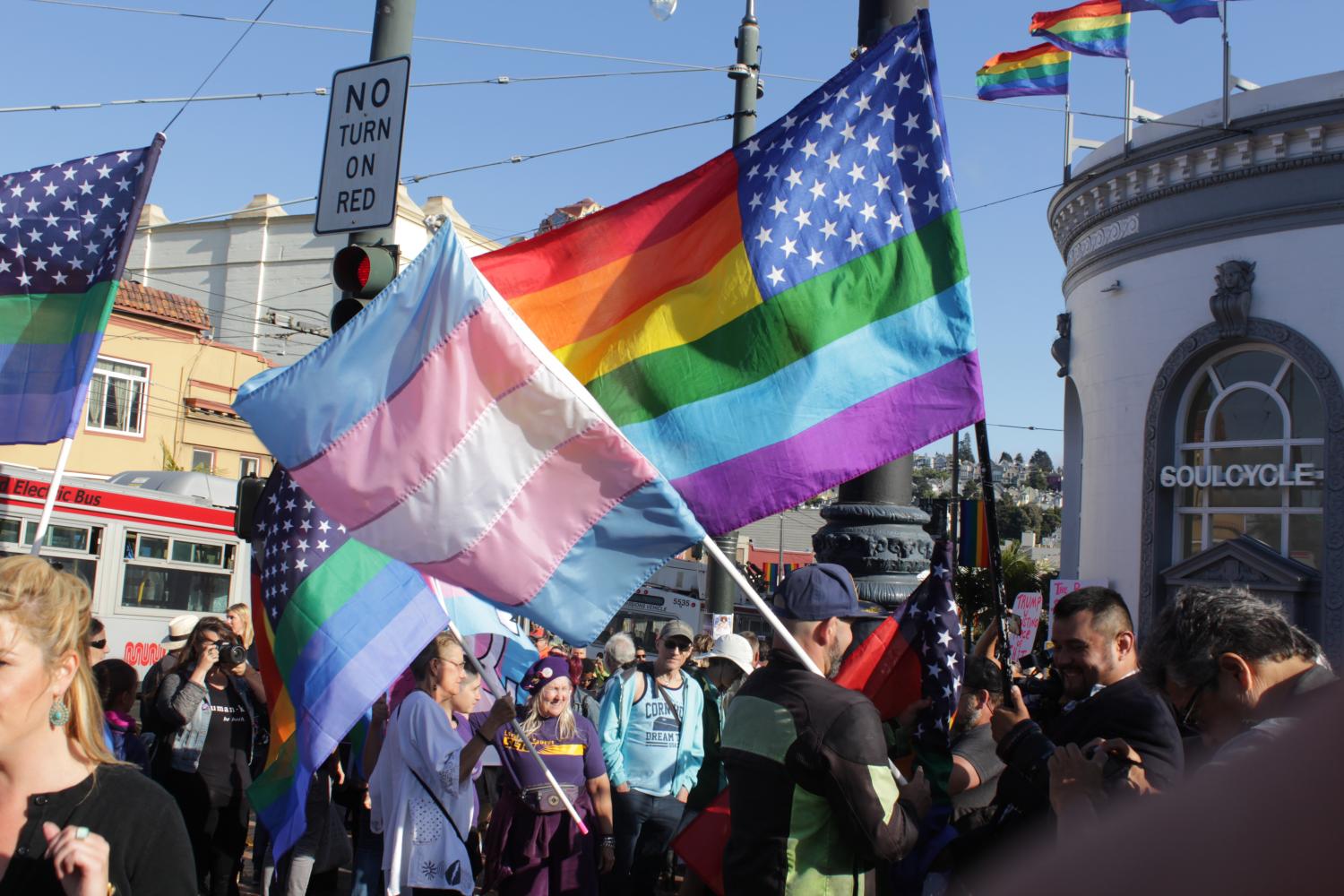 On July 26, 2017, hours after President Donald Trump tweeted his plan to ban transgender people to serve in any military, a protest was organized by members of the LGBTQI community in San Francisco’s Castro neighborhood. At the protest’s scheduled 6 p.m. start time, there were about 200 people in front of the Harvey Milk Plaza on the corner of Market and Castro Streets. By 6:30 p.m. that number grew to close to 350 people. San Francisco police officers were out in force and one officer stated they expected as many as 800 people to show up. Be sure to check our coverage in next week’s issue of the Pioneer.