A woman’s place in a foreign country 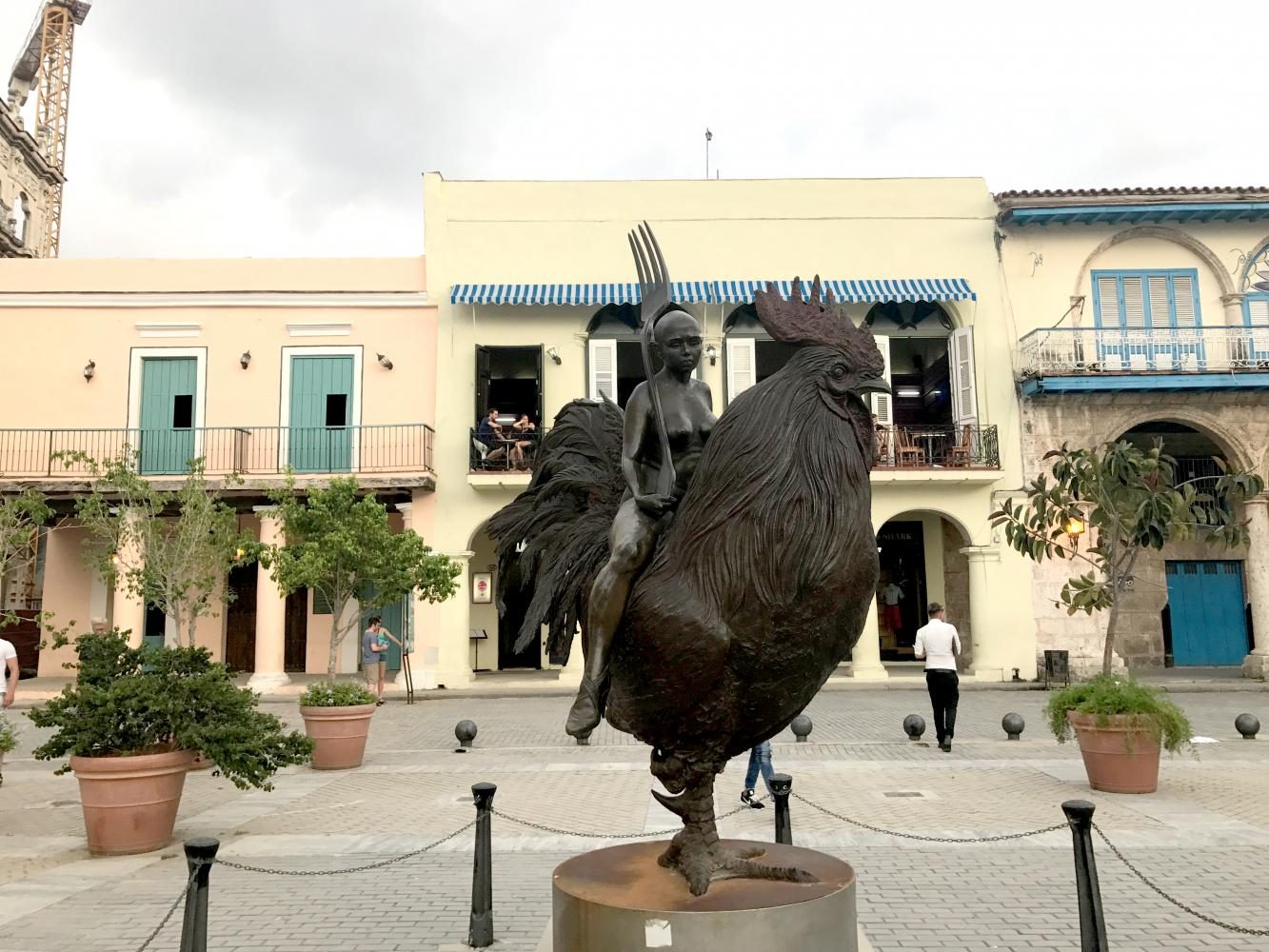 My favorite monument in Havana lives in the courtyard of the Plaza Vieja. A voluptuous woman wielding a fork rides a giant rooster that stands poised on one leg. There’s no plaque and no explanation of the meaning behind the statue, but it’s intriguing and strangely empowering.

The woman is unabashedly naked except for her shoes, and seems to have tamed the avian beast. It’s unique and also symbolic of the progress that women have made toward equal rights in Cuba.

In the Cuban workforce, women are doctors, engineers and small business owners. CENECEX and the FMC, two major organizations that were established by Raul Castro’s wife Vilma and carried on by daughter Mariela, are devoted to preserving and enhancing this movement.

My project in Cuba focused on women’s rights. I interviewed various women from different walks of life to get a sense of what life is like for women in Cuba and gained an entirely new perspective. The leader of an all-women band shared that they have to work twice as hard as men to establish themselves in the music industry. They practice six days a week and play five; all of the women can play multiple instruments and sing as well.

A social psychologist-turned-nail salon owner switched to the beauty industry because she couldn’t find a job that paid well enough in her field. She employs one other girl and paints nails in the front room of her house. She charged me only 3 CUCs, or $3, to paint and file my nails.

A professor of women’s studies at the University of Havana shared that there are limited organizations and resources to help women who are victims of domestic violence, a frequent occurrence in Cuba. While organizations like the FMC and CENECEX supposedly devote themselves to women’s rights, the interests of the revolution come first.

In theory, this was all very fascinating for my project, yet it wasn’t until the last night of my trip that I witnessed firsthand what life is like for many women in Cuba.

Two of my classmates and I were walking back from dinner when a women ran by us down the sidewalk. Chasing her, a man suddenly yanked her backwards by the hair and started hitting her in the face. All three of us exchanged a look, wide-eyed and frozen; terrified to do something and terrified to not.

The couple continued to scuffle. The woman hit back and he subdued her and delivered a punishing blow until she strode away. Then he followed her, they argued more and the cycle continued for what seemed like an eternity, though it couldn’t have been more than a few minutes.

People walking nearby didn’t even stop to look. My classmate approached a man, dressed professionally and likely walking home from work. The man ignored my friend’s pleas to help and waved him away. We next approached a couple and were told not to do anything and that getting involved would only make matters worse. We were told that in all likelihood, the woman would end up defending her man and somehow place the blame on us.  “This is the way things are here.” Eventually we persuaded them to call the police, but the only good it did was make us feel like we did something progressive about the situation.

The experience was sobering but also eye opening. Behind the monuments and icons of women’s empowerment, there’s a darker side of the women’s movement; one that I hope to bring to light through my photos and article.