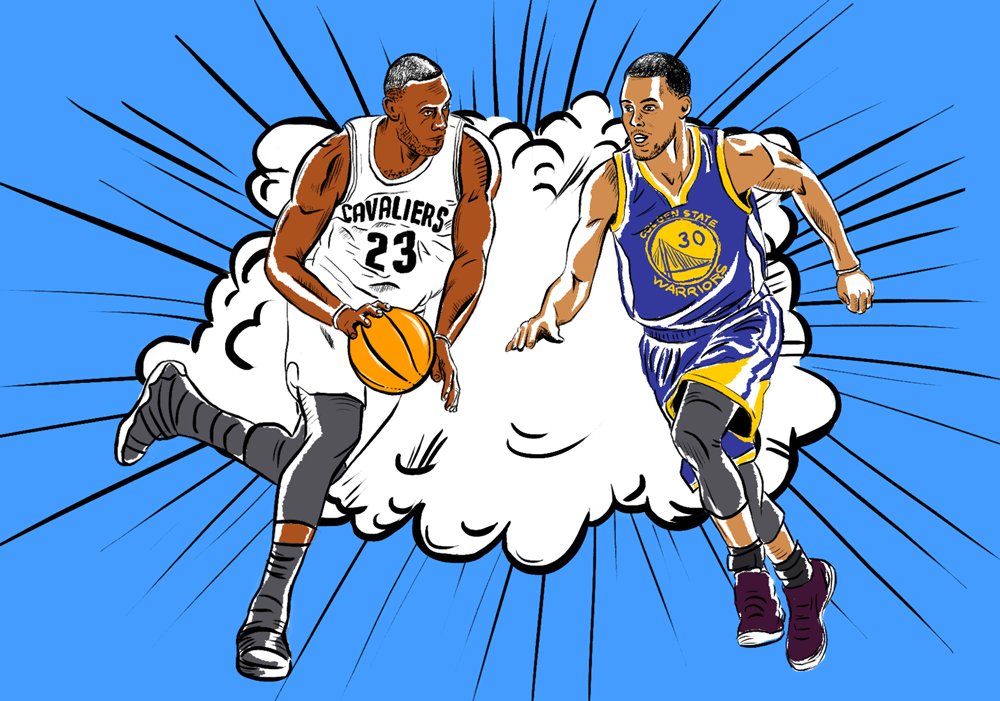 The moment that sports fans and probably the whole Bay Area have been waiting for has finally arrived: the NBA Finals.

Bay Area fans are ready to see their home squad, the Golden State Warriors, redeem themselves from last year’s finals loss and bring another championship back to Oakland.

The Warriors blew a 3-1 lead to the Cleveland Cavaliers in the finals last year and it is pretty depressing to say the least, when a team who had the best record of all time in the 2015-2016 season, 73-9, blows that type of lead.

The Warriors will go head-to-head against Lebron James and the Cleveland Cavaliers again in the 2017 NBA Finals, and they are looking to “destroy Cleveland” as power forward Draymond Green said.

The question is, can they really destroy Cleveland?

I don’t think so.

Let’s be realistic here: any team that has James cannot be destroyed.

Seeing the two teams go up against each other will be pure entertainment, but seeing arguably the top two players in the league, Durant and James go head to head, will be one for the books.

But who will take home the trophy?

I say the Cavaliers in seven games. Yes, I am fully aware that I currently live in Warrior territory but I just do not have it in me to doubt James. And the way Cleveland point guard Kyrie Irving has been playing, it makes it even harder.

This isn’t to say I am sleeping on the Warriors depth and talent levels. They had the best record in the league this year again at 67-15 and didn’t lose a single playoff game.

They also have had four players averaging double figures in points throughout the season and into the playoffs: Stephen Curry with 28.6 points, 5.5 rebounds, and 5.6 assists. Durant with 25.2 points, 7.8 rebounds, and 3.7 assists, Green with 13.9 points, 8.7 rebounds, and 7.2 assists, and Klay Thompson with 14.4 points per game.

I would be crazy to ignore these stats and say the Cavs could just run through the Warriors, and that’s why I say Cavs in seven games, because it will take them all to beat the Dubs.

The Cavs have depth too and well—they have James, who is arguably one of the best players of all time.

James averaged 32.5 points, 8 rebounds, and 7 assists throughout the playoffs and he is a beast. In addition to that, he has Irving on his side averaging 24 points and 5.6 assists. There’s also Kevin Love with 17.2 points and 10.4 rebounds and Tristan Thompson with 9.2 points and 9.3 rebounds.

The teams are pretty even in terms of averages and that’s why I believe the series will go the complete seven games.

Both have enormous amounts of talent, but who led their team to three straight wins versus the team who had the best record ever? James. Who increased their points per game average in the playoffs by 6 points? James. Who is headed to the NBA finals for the seventh time? James. Who has been to the finals for six years in a row? James.

He isn’t new to this and he hasn’t run out of gas; instead, he gets better and makes the players around him better.

And because of that, Cavs in seven.