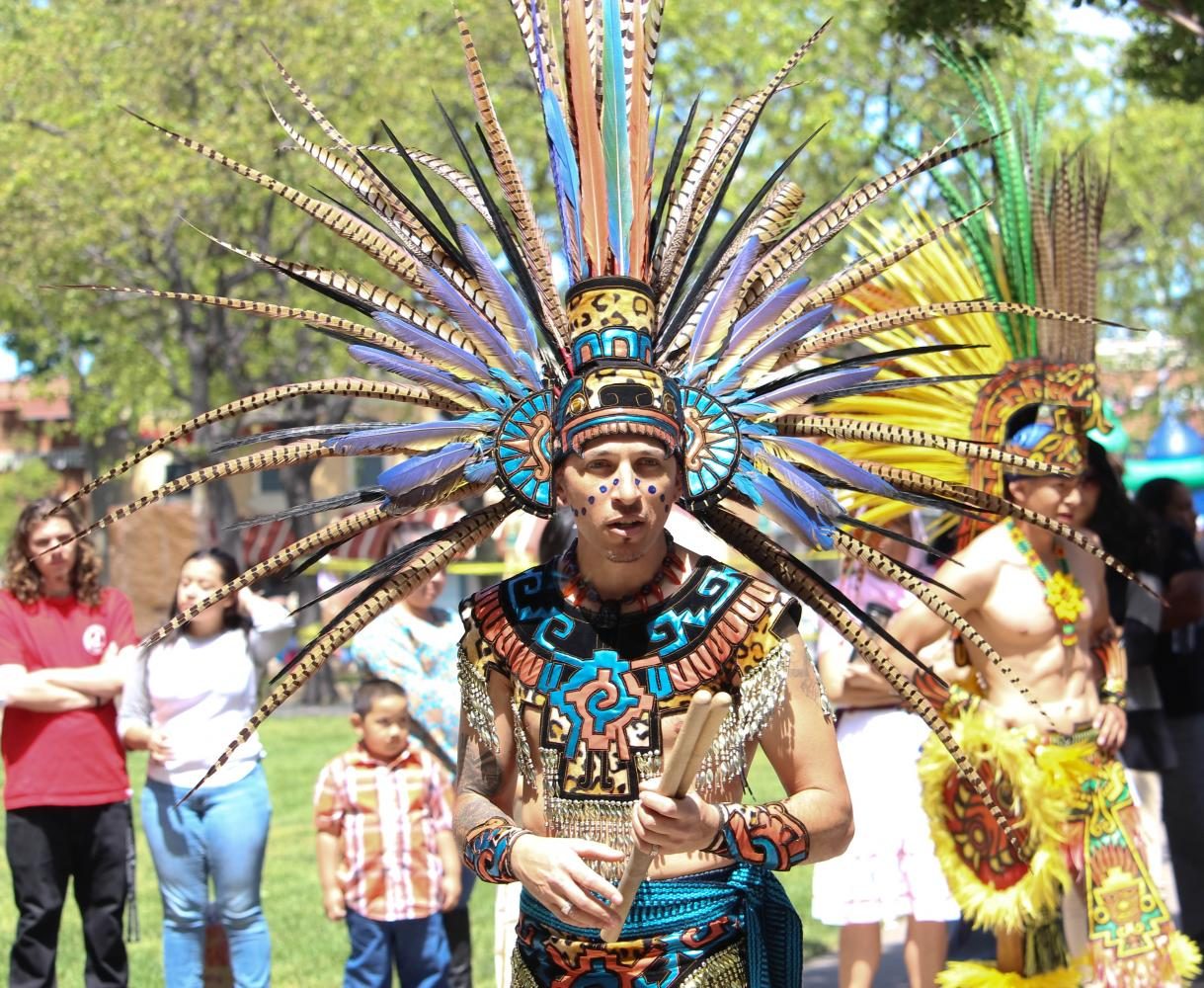 “I feel like the stage is my home,” said 14-year-old Jasmin Hernandez, a performer with the ‘Ballet Xochipilli Folklórico’ group. “I was nervous during my first performance when I was eight, but performing now feels like second nature. I can’t wait to do it again next year.”

The festival, which went from 10 a.m. to 5 p.m. and featured a bouncy house, informational and game booths, and a farmer’s market, was organized by La Alianza, a local nonprofit organization, and City Council members Zermeño and Elisa Marquez.

“I asked for the event to be more family-friendly, which was why we had more of the youth performing this year,” said President Martin Herrera of La Alianza. “It allows students to prepare for the festival during the school year instead of during their summer vacation.” Preparation for the festival began in January, Herrera said.

The Cinco De Mayo Festival started in Downtown Hayward in the 1960s by organizer Rey Solis. An annual festival originally took place in mid-September to celebrate Mexican Independence Day on the 16th. In the early 2000s, the city council decided to have the annual festival be on Cinco De Mayo instead.

Cinco De Mayo celebrates the date of the Mexican army’s 1862 victory over the French at the Battle of Puebla during the Franco-Mexican War (1861-1867), according to an article from USA today. Cinco De Mayo is known to celebrate Mexico’s triumph over their French oppressors and French imperialism.

“The reason why we celebrate this day was because of the success of those who have been oppressed,” Zermeño said. “When I usually teach the message of Cinco De Mayo to elementary school kids, I usually use the analogy of David and Goliath, and how Mexico was like David and was able to overcome their Goliath (France).”

In response to the Trump Administration’s anti-immigrant policies, members of La Alianza handed out flyers on what to do if ICE — U.S Immigration and Customs Enforcement — showed up at their doorsteps, according to Zermeño. The flyer explained that if an immigration officer comes to a person’s doorstep, that they should remain calm and ask for the officer’s warrant.

The flier also explained that the person has the right to remain silent, for an immigration officer can use anything someone says against them. It asks that the person not sign any documents or speak to the officer without an attorney. Finally, if a person identifies themselves as DACA (Deferred Action for Childhood Arrivals), an immigration policy that grants undocumented immigrants who came to the U.S. as minors deferred action from deportation, they should ask to show their paperwork. The paperwork is vital for it shows proof that one is able to stay here under United States policy.

Students from Cal State East Bay promoted an Undocumented Student Summit that happened on May 7. The students talked about the resources that are available for students that identify as DACA and are first-generation college students. Resources such as UndocuAlly, Gaining Access N’ Academic Success or GANAS, and the Educational Opportunity Program or EOP are all programs that are available on the East Bay Campus for these students.

“The atmosphere is always welcoming during this festival,” said Zermeño. “I’ve enjoyed planning and hosting the festival for the last 10 years. I love seeing the diversity of the Hayward community coming together to understand and celebrate Mexican/Hispanic history.”