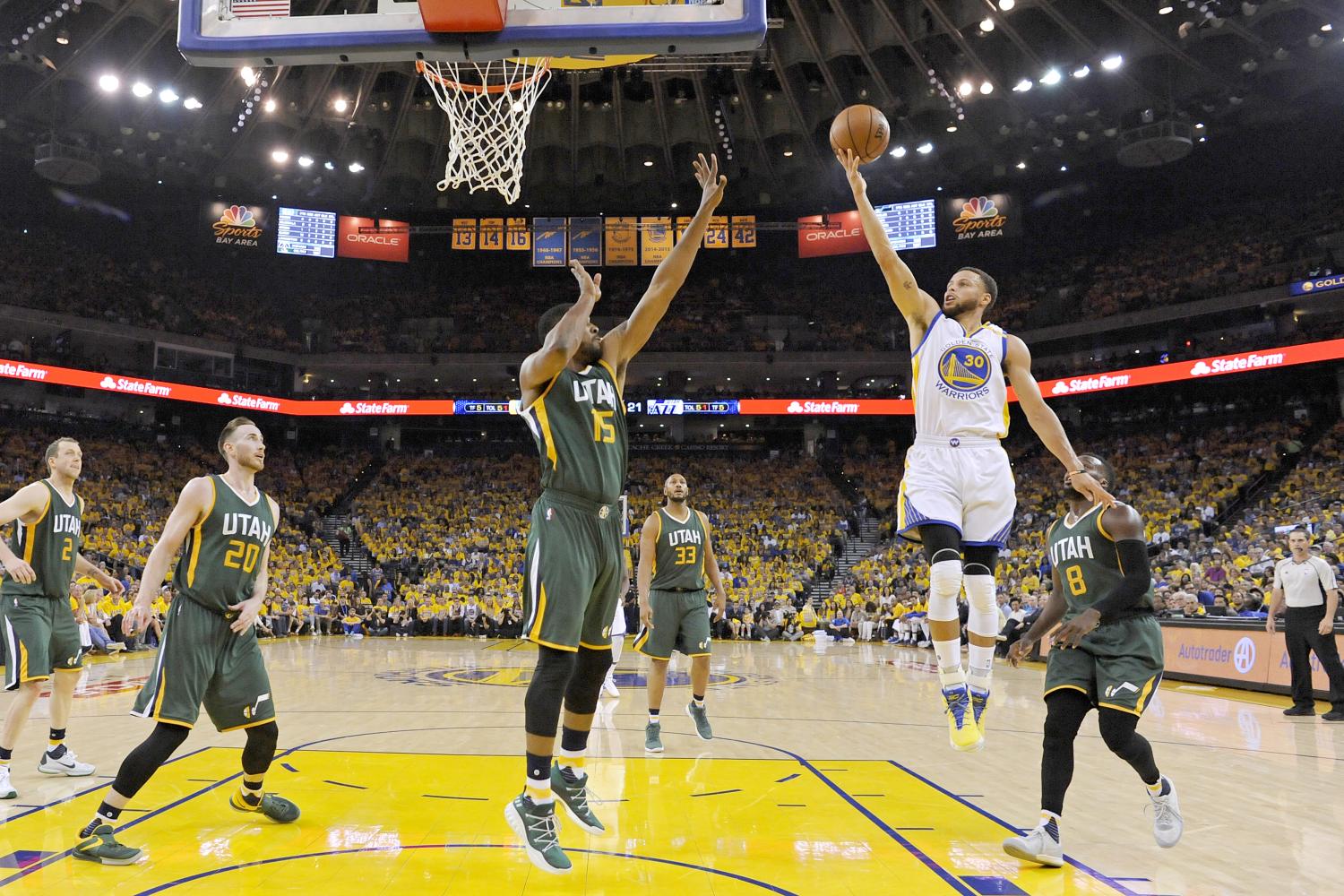 The Golden State Warriors won the first game of the Western Conference Semifinals 106-94 on Tuesday against the Utah Jazz, a week after their sweep of the Portland Trailblazers.

“Seven days can get a little bit tough,” forward Draymond Green told reporters after the game. “We were beat up so it was good to get our guys back healthy. I think overall we did a pretty good job staying in shape, staying in rhythm, we came out and showed that tonight, but we can be better.”

Golden State was nearly perfect from the free-throw line as they went 19-for-21 from the charity stripe and all five starters scored in double figures.

Forward Kevin Durant had 17 points, center Zaza Pachulia scored 10, shooting guard Klay Thompson dropped in 15 and point guard Stephen Curry led all scorers with 22 points. Green was the key for the dubs, his defensive presence stalled the Jazz all night and he finished with 17 points, 8 rebounds, 6 assists, 2 steals and 2 blocks in the home win.

The Warriors spread the floor, kept guys moving and all over, which allowed them to get consistent open shots that spelled doom for the Jazz. They also did a fantastic job in containing Utah’s star player, forward Gordon Hayward, as they held him to only 12 points on 4-of-15 shooting.

“He’s an all-star [Hayward] so you are going to expect him to come back next game aggressive, “ Durant told reporters following the game. “We did a good job of putting bodies on him and making him take contested difficult shots.”

Golden State also held Utah center Rudy Gobert to just 13 points. At over seven feet tall,  Gobert’s strength and size were expected to be a problem for the Warriors, but their defensive strategy held the young star in check. They were able to do all of this despite the absence of their head coach Steve Kerr, who is out indefinitely with a back-related illness, according to team officials and reports. Assistant coach Mike Brown, former head coach of the Cleveland Cavaliers and Lebron James, has filled in for Kerr and is a leading force behind the team’s defensive strategy and execution.

“We want to get Rudy out the paint and defend pin downs as much as possible,” Curry said. “His strength is to protect the paint so getting him out is to our favor.”

The Jazz looked fatigued and considering they are coming off a seven-game series where they narrowly beat the Los Angeles Clippers, Golden State had the plenty of time to rest and get healthy for the second round.

“Anything is possible for this team,” Green said. “ We have so many weapons it is hard to stop us when we are in a rhythm.”

The two teams will play game two at 7:30 p.m. at Oracle Arena in Oakland today.