There is still hope for the Oakland Raiders 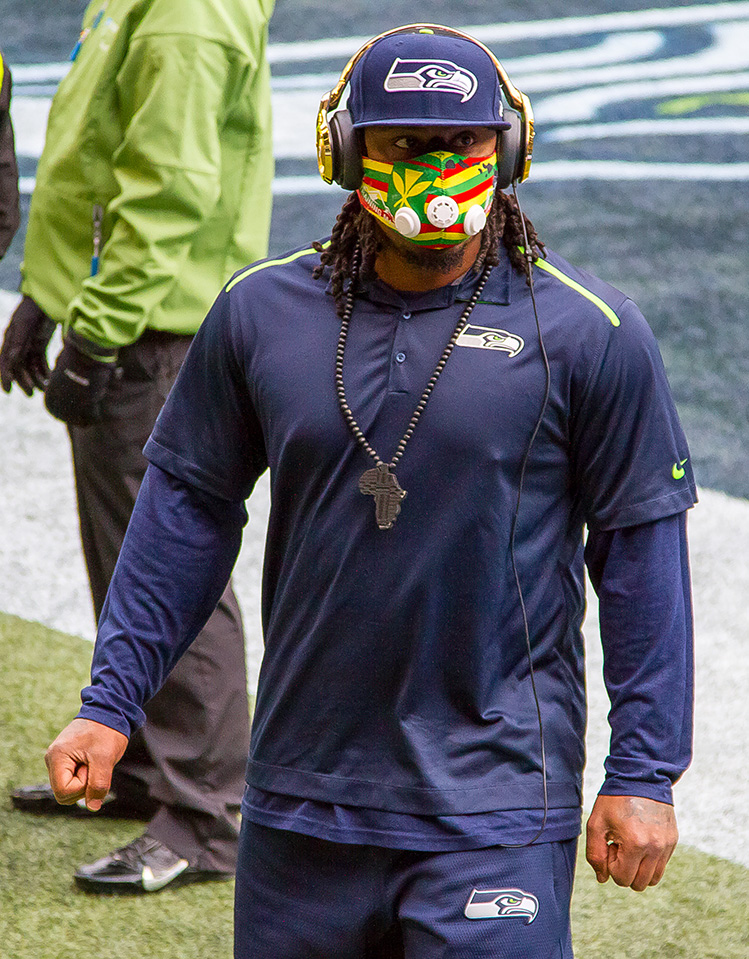 The Oakland Raiders are officially leaving for Las Vegas in a few years, but before they go they’re adding a little local flare to the team. Well, a little more than a little, as Marshawn Lynch, the Skittles man and one of the most dominant running backs of his era, has officially been added to the Oakland Raiders 2017 Roster.

On April 26, the Oakland Raiders acquired Lynch via a trade from the Seattle Seahawks that included a swap of 2018 draft picks. Seattle will get Oakland’s fifth-round pick, while the Raiders will get the Seahawks’ sixth-round pick, in addition to Lynch. Lynch’s contract consists of a 2 year, $9 million deal with incentives, according to Ian Rapoport, the National Insider of the NFL.

Last February, at 30 years old with plenty left in the tank, Lynch retired via his Twitter account, posting a photo of his cleats hanging from a telephone wire during Super Bowl 50. There was no news release or press conference, but it shocked the entire league.

He and the Seahawks had back-to-back Super Bowl appearances during his time with the team, but despite their win in Super Bowl 48, Lynch and his team fell short of a victory the following year on the last play of the game, on the 1-yard line to the New England Patriots.

Many critics bashed the decision to pass the ball instead of running it with Lynch, and claimed that was part of the reason he retired. Lynch never commented.

Lynch contributed a total of 102 rushing yards that game, and only needed one more to win a second championship for himself and the franchise. Despite his reputation for plowing through multiple tackles, sending jab-like stiff arms, and relentlessly searching for physical contact, the Seahawks left it up to an incomplete pass from quarterback Russell Wilson, which ultimately led to the retirement of one of the best players on the team.

Now Lynch is back, only this time, he’s representing his home town in the iconic black and silver jersey, making the back field even stronger for the Raiders franchise.

Lynch is Oakland — from the culture, to his persona, to his theories and beliefs — he is truly a product of his environment, and he will mesh with the brand of the Oakland Raiders seamlessly. From their tough attitudes, to their aggressive approach to the game of football, the Raiders stand poised for this upcoming season in Oakland.

Despite the back and forth negotiations in 2016, Oakland and the NFL team owner, Mark Davis could not come to an agreement on a new stadium for the Raiders. So when Las Vegas approved their new billion dollar plus stadium, including $750 million in public funds, the Raiders franchise couldn’t resist. According to ESPN, the stadium is predicted to be up and running before the 2020 football season. So there is still time for Oakland Raider fans to cope with this unbelievable truth. The Raiders are leaving.

But just when all seemed lost, the franchise made the sweetest deal in a long time when they acquired Lynch. The Raiders are essentially trading nothing but a late round, 2018-draft pick for what can be considered a human tank, that will better position them as Super Bowl contenders. This is a steal for the Raiders.

This is big news for any Raider fan as it could mean another championship for the city as well as the team. The last Raider Super Bowl win dates back to 1984, when the Los Angeles Raiders beat the Washington RedSkins 38-9.

From Oakland to Las Vegas, Raider fans will experience innumerous amounts of joy if the Raiders win another Super Bowl. But for Oakland, another Super Bowl ring would mean much more. It would mean salvation and a return back to glory. Departing to Vegas, but leaving behind another championship in Oakland would be the ultimate farewell. Let’s go Raiders, and welcome home Marshawn Lynch.