Graduation jitters from the eyes of a military veteran 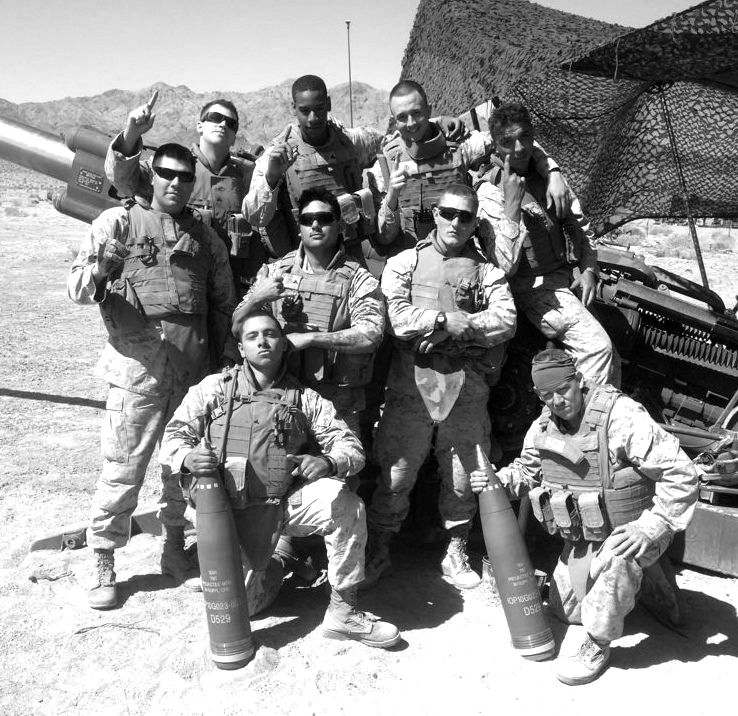 Graduation is around the corner and the professional world is knocking on my door. Am I ready? Do I have the necessary skills and experience to make it in a society that embodies the survival of the fittest? One where the strong are praised and the weak are forgotten. I already have bills to pay and a child to support, so what’s in store for me next?

These are just some of the thoughts that go through my head every single day being a military veteran. While other students are stressed about getting a job and balancing higher demanding responsibilities, I’ve had to do that since 2011.

My life completely changed on Jan. 12, 2009, when I withdrew from Sonoma State University to join the United States Marine Corps. Our country was still at war in Iraq and Afghanistan and I wanted to do my part. I wasn’t succeeding at school and I did not want to waste my potential by failing classes.

I was assigned to 5th Battalion, 10th Marines where I operated a M777 Howitzer Cannon. Our objectives were to provide cover fire for infantry based units by shooting high explosive projectiles from a distance. For nearly six months, my artillery unit trained in South Korea, Okinawa, and Japan, then returned to North Carolina, where we were stationed, to continue training for war, which we never actually deployed for.

About a year into my enlistment, I met a civilian. We got married and ended up expecting a little girl, but within four months she wanted a divorce. After our child was born, the life I once knew was gone. No more partying, hanging with friends, or buying things. Currently statistics estimate the military divorce rate dropping to around 3%. In 2013, my four-year military enlistment ended, and I returned to Walnut Creek. The Bay Area seemed the same, but everything about my life was different.

Transition from the military is not an easy experience. Veterans have to adjust to civilian life which can prove difficult depending on their circumstances. In an economic opportunity report released by the Veteran Affairs office, approximately 53% of veterans who separated post 9/11 will face some type of unemployment while transitioning. That accounts for approximately 1 out of every 2 veterans.

Those who get out of the military may also have conditions that make transitioning difficult. In a survey conducted in 2016 by the Wounded Warrior Project, an estimated 85% of veterans in the program receive disability benefits. Out of that percentage, 77% of veterans claimed post-traumatic stress disorder. Other health issues reported were trouble sleeping which accounted for 72% and depression accounted for 70%.

My transition wasn’t as difficult because I had an amazing support system from family and friends. Underneath the fake image I portrayed to everyone else though,  I was still fighting a war with myself. Upon my release from active duty, I had required wrist surgery, been diagnosed with chronic depression, trouble sleeping, and suffered from night terrors. This is a form of sleep disorder that results in episodes of extreme panic and anxiety within a few hours of sleep.

While my friends were out having a good time, I was working five days a week for up to 50 hours and taking classes at Diablo Valley College on the GI Bill, which covered all my tuition and money for housing and has continued to cover my tuition here at Cal State East Bay, which I transferred to in Fall 2015. All this time, I have been paying monthly child-support checks, car payments, and rent.

Educational benefits for veterans are broken into 7 programs. The GI Bill accounts for two of the seven programs which are the Post 9/11 GI Bill and the Montgomery GI Bill. According to Veteran Affairs, in 2016 around 1,000,089 veterans used some form of educational benefits. The total amount of money distributed last year between the 7 programs was approximately $12.9 billion.

Using the Post 9/11 GI Bill has helped me afford college and given me the ability to live comfortably. Under the program besides having my tuition paid, the GI Bill grants around $3,304 for living expenses a month for the East Bay area. This combined with disability benefits has ensured that I didn’t end up on the streets.  According to the National Coalition for Homeless Veterans, around 39,471 veterans face homelessness any given night.

Looking Back and to the Future

Now the time has arrived for me to join the rest of society, but what do I have to show for it? No internships, no on-the-job experience, and bills from a life I chose to have. I would be fine, but in a few months my GI Bill income will come to an end. This is my reality. And it terrifies me.

These last two quarters are my last chance to make myself desirable to employers. I pushed myself to get as much on the job experience as I can this past year, to create a worthwhile resume that shows I can do photography and film production. Even then it may not be enough. When my time here at CSU East Bay is over this Summer, I will leave with a degree in Communications and $2,700 in bills due every month. Now I’m left with the question; How do I survive?

Academics might be what gets your degree but it’s how one chooses to live their life that defines who they are. When asked if I’m ready for what the future holds, I will still say I am.  Are you?