Wolverine slashes into theaters for the last time 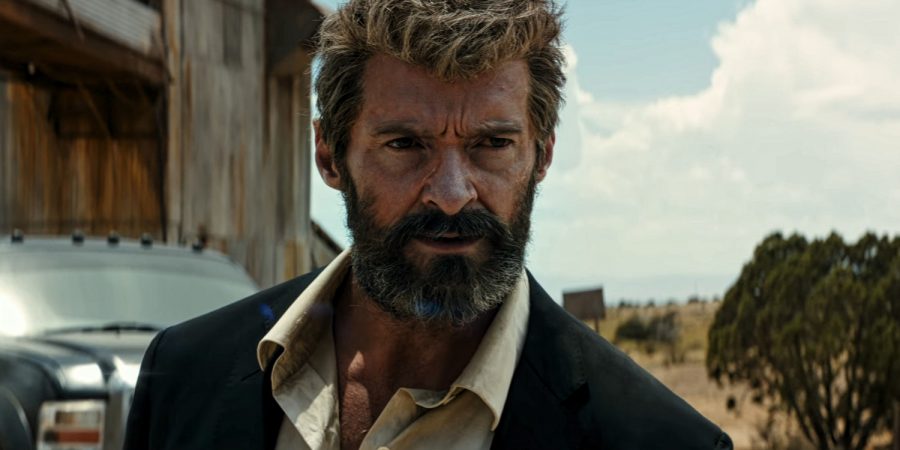 In the summer of 2000, Hugh Jackman first donned the sideburns and claws of the mutant-Canadian Logan, otherwise known as Wolverine. Jackman’s final appearance as Wolverine, in “Logan,” hit the silver screen March 3. Since 2000, Jackman has reprised his role in nine different films. “Logan” will end Jackman’s 17-year-run as Wolverine.

When asked if he envisions “Logan” as his final feature, Jackman told the NY Times, “When I had the script, I was like, ‘Yes,’ and when I was shooting the movie, yes. As I sit here today, yes.”

Provided his 17 years as Wolverine, Hugh Jackman has left a lasting impression on fans and audiences all over the world. Love him or hate him, his face will likely come to mind when you hear “Wolverine.”

CSUEB students pay a quarterly fee of $43 to ASI in their tuition, which is meant to provide students with affordable entertainment throughout the school year. This includes campus events such as the fall welcome celebration of Al Fresco, discounted tickets for theme parks and sporting events and free and discounted movie nights.

Jackman’s Wolverine career began in 2000 with “X-Men,” the first film in a would-be trilogy. He resumed his role three years later in “X2: X-Men United,” a sequel to “X-Men,” and he reprised Wolverine in the 2006 trilogy finale “X-Men: The Last Stand.”

2009 seemed promising when Hugh Jackman emerged exhibiting a ripped, vascular and striated physical transformation that took his resemblance to the character to the next level. Despite this, there were plot and character design flaws such as their botch of Deadpool that to this day, have left “X-Men Origins: Wolverine” the butt of many jokes.

Two years later in 2011, “X-Men” underwent a reboot in a new direction. Though short-lived, Jackman made a cameo appearance in the mutant prequel, “X-Men: First Class.” 2013 brought Jackman back to the big screen as the leading role in “The Wolverine,” another solo film. Just one year later, Jackman returned in “X-Men: Days of Future Past.” This film tied together the past and future universes of “X-Men: First Class” and the original “X-Men” trilogy. Last spring Jackman returned for another cameo in the most recent mutant chapter, “X-Men: Apocalypse.”

The “Logan” film plot takes place near the Mexican border in a not so distant 2029 where the world hasn’t seen a new mutant in 25 years. A much older-slower healing Logan leads a somewhat low-profile life. He takes care of Charles “Professor X” Xavier, who suffers from illness. Charles manages to reach a troubled young mutant via his telepathy. Logan is convinced Charles is crazy until the child appears and becomes their responsibility. The two quickly realize that the young Laura possesses not only Logan’s gene pool, but also his claws and killer instinct. Throughout the film the trio protects one another, maiming and mutilating all the bad guys who cross their paths.

The R-rating of “Logan” finally gave the audience a level of violence akin to what might appear in a comic featuring Logan and X-23 Laura. Despite this being their first film together, Hugh Jackman and Dafnee Keen who plays Laura, exhibited a great on-screen chemistry.

The non-action scenes can be comical, and the action scenes had well-coordinated fight sequences. Action and violence aside, the movie also had emotional appeal. “Logan” is worthy of the praise it’s received from the likes of Rotten Tomatoes, Roger Ebert and IMbd, and it was a great way for Jackman’s Wolverine legacy to come to close.

With this being Jackman’s final appearance as Wolverine, fans are speculating on who might have what it takes to become the next Wolverine. With a run as impressive as Jackman, these are some big claws to fill.

For those worried that this is the end of “X-Men,” or superhero movies in general, fear not. The line up for pop culture related film this spring and summer is packed, and “Logan” is only the tip of the iceberg. Audiences can still look forward to “Spiderman: Homecoming,” “Guardians of the Galaxy Part II,” “Justice League Part I,” “Wonder Woman” and “Star Wars Episode VIII.”

Discounting the physical resemblance to Wolverine, Jackman also captured the rage and aggression, and the attitude of Logan; this is likely what led to him being accepted by fans for so long. With hearts as heavy as adamantium, we bid farewell to Hugh Jackman’s 17-year iteration of “The Wolverine.”