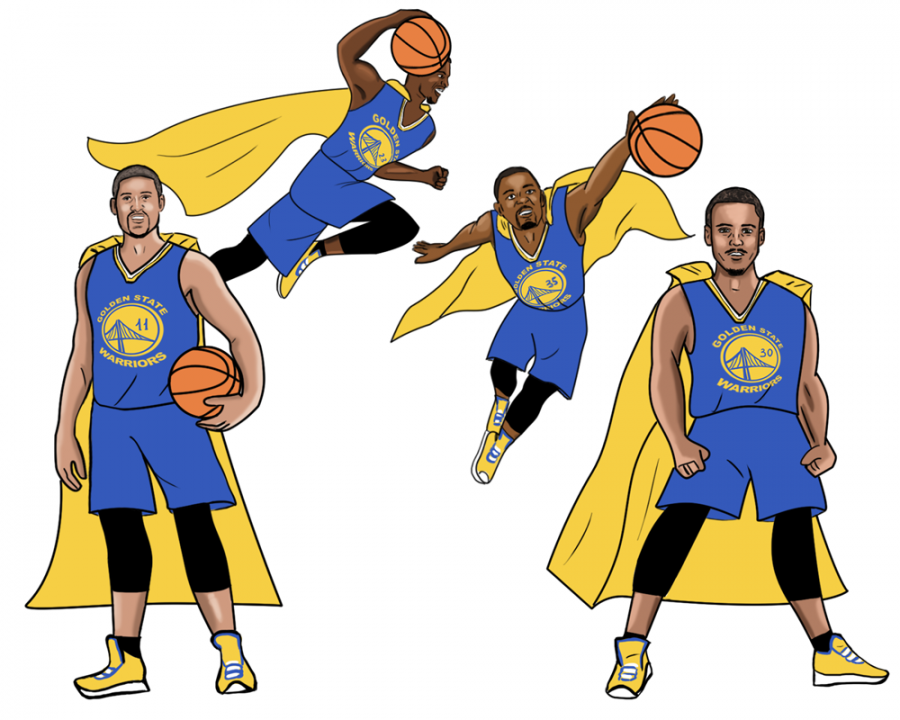 The NBA All-Star Games debut over this coming weekend, running from Feb. 17 through Feb. 19, and features some Bay Area athletes, giving it a local feel.

Four Golden State Warriors players made the All-star roster for the game including guard Stephen Curry, forward Kevin Durant, forward Draymond Green and guard Klay Thompson. Thompson will also aim to defend his three-point shooting contest title the night before the official All-Star game on Saturday. The entire Warrior coaching staff will be responsible for the West team as Head Coach Steve Kerr and his staff man the sidelines.

The Warriors are the third team in NBA history to have four players on an All-Star team roster with two of them starters, Curry and Durant. The other two teams that did this were the 1962 Boston Celtics and the 1998 Los Angeles Lakers, both of those teams went on to win championships.

Kerr will have a couple of interesting subplots to manage during the game.

Kerr told reporters he is looking forward to playing all four of his players at the same time. Russell Westbrook, Oklahoma City Thunder point guard, who was elected as a reserve for Sunday night’s game, is a possible candidate to play with all four Warrior stars. This would be the first time that Westbrook and Durant will play together since Durant left the Thunder to come to the Warriors during last year’s offseason. Westbrook and Durant had a visible exchange of words during the Warriors victory over the Thunder on Saturday, Durant’s first trip back to Oklahoma City.

The Warriors roster has changed significantly this season with new players such as Durant, Zaza Pachulia, David West, Patrick McCaw, Kevon Looney, Damian Jones, JaVale McGee and Briante Weber. Even though the team lost two of their starters from last year’s squad, the Warriors are off to a start that has them the number one team in the Western Conference and also the overall best record in the league. Durant leads the team in scoring with an average of 25.7 points per game, Curry is second at 25.2 points and Thompson is third with 21.8. Pachulia has been a consistent replacement for Andrew Bogut at center, averaging 6 rebounds a game and shooting 77.3 percent from the free-throw line, a huge weakness in Bogut’s game.

Power forward Green has been a force on the court throughout the season and in Friday’s game against the Memphis Grizzlies, he set a new record by becoming the first player to record a triple-double with 12 rebounds, 10 assists and 10 steals.

The Warriors’ main competition in the Western Conference right now is the San Antonio Spurs, Houston Rockets and the Los Angeles Clippers. In the Eastern Conference, the Warriors would face the Cleveland Cavaliers for a third year in a row in the finals, barring an upset by a team like the Boston Celtics.

Despite all the changes and new players, Kerr has done a tremendous job of getting his team prepared on a daily basis and has found the right combination of players at the right times.

The team is only getting better yet they still have room for improvement. Their weakness is still the number of turnovers they produce and they lack a dominant big man presence inside. However, they have the best defense and offense in the league statistically. The team has not lost back-to-back games all year.