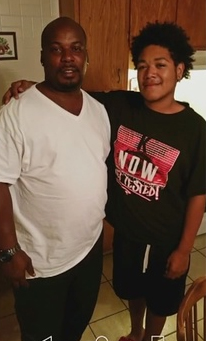 The shooting happened in an unincorporated area of North Hayward that falls under the Alameda County Sheriff’s jurisdiction. According to Murphy’s father, Phillip Rushing, Murphy was walking back to his home on Smalley Avenue from a nearby store when a suspect in the passenger seat of a vehicle got out and fired at Murphy, fatally wounding him. Rushing and the Sheriff’s Department have not released any details on the vehicle or the suspects, other than that there were two.

Rushing said his son was “nonviolent” and was not involved with any street gangs.

Rushing said there was a large group of people outside when the shooting occurred, but many of them fled the scene after the shooting and after law enforcement officials arrived. The Alameda County Sheriff’s Office did not confirm details about the incident.

On Tuesday evening, family and friends held a candlelight vigil and released balloons with messages on them for Murphy at the intersection where he was killed. His girlfriend and fellow Hayward High School student, Maggie Engels, was visibly distraught by his death.

“He’s such a good person,” Engels said. “He didn’t deserve this. He had so much left to do.”

Anybody with more information about the incident is encouraged to call the Alameda County Sheriff’s Office at 510-667-3622.