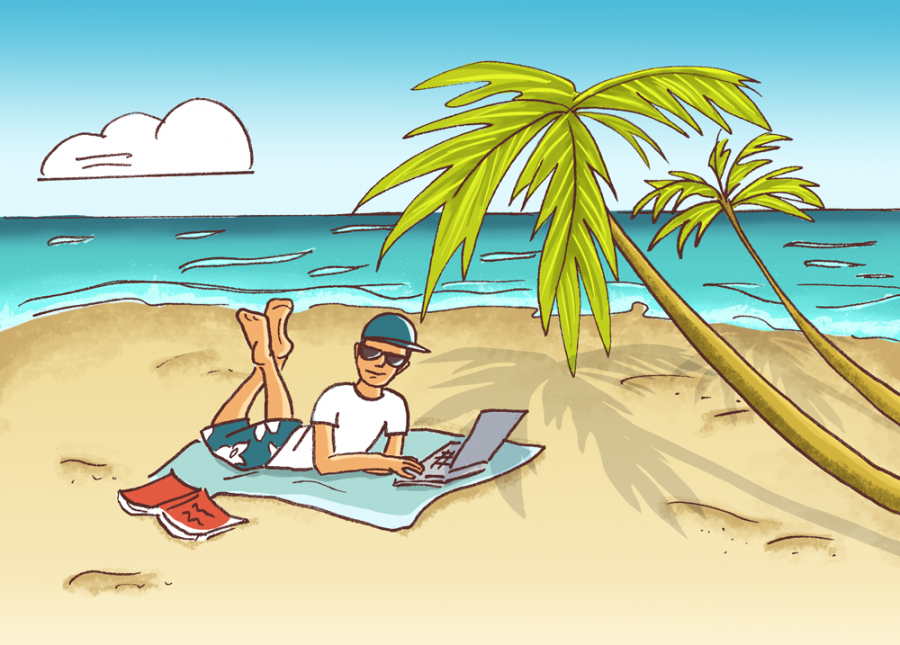 I’m a graduating senior this year and miraculously I’ve managed to commute to Cal State East Bay’s Hayward campus no more than two days a week for the past two years. As a student who works two jobs when I’m not in school, if I hadn’t taken half of my classes online, this balance would never have been possible.

Distance learning is a saving-grace for students like me who cannot be on campus four days a week because we have jobs, kids or other obligations, but who still want a higher education. In the Bay Area especially, where the cost of living is higher than the majority of the country, many students can’t afford to take the extra time off work in order to attend class.

Studies have proven that online classes are becoming extremely popular nationwide. According to research by Columbia University’s Community College Research Center, 6.7 million students — or a third of all college students — were enrolled in traditional online courses in April 2013, the time of the study. Unsurprisingly, the majority of students enrolled in online courses juggled “multiple life demands.”

It takes me an hour to commute to East Bay’s Hayward campus, a familiar scenario for many other students, since East Bay is notoriously a commuter school. To plan around my work schedule, I have to organize my classes so that they fall on Mondays and Wednesdays, which grows more difficult as I inch closer to graduation in June.

Various online classes for my major have allowed me to maintain a full school schedule, despite work conflicts and as a result I will graduate in the planned four years. Online classes allow students who may not be able to attend college due to physical limitations, access to a higher education.

While online classes offer a degree of flexibility that physical classes cannot, there are drawbacks to distance education. Critics of online learning argue that students perform better when they form an intimate connection with their instructors. Many believe that this face-to-face interaction helps to motivate and engage students and studies seem to support the idea that students are more successful in in-person classroom settings.

According to Columbia University’s findings, students are less likely to complete and pass online courses than traditional ones. In general, students preferred taking traditional classes, particularly for subjects they deemed “difficult” like science and math or for courses they considered interesting and important.

Professors also seem to prefer teaching classes in-person rather than online. According to an annual survey by the Babson Survey Research Group, a research group at Babson College, the number of academic leaders who proposed to incorporate online learning into their curriculum decreased from 70.8 percent in 2014 to 63.3 percent in 2015.

Despite this, online classes cater to those who don’t learn well in large, impersonal settings, which can be intimidating for introverts like myself. Online classes give students the space to absorb the material and articulate their thoughts before sharing, whereas in some in-person classrooms, students are required to participate and speak out in class, even if they aren’t comfortable doing so, can be docked points if they don’t and trust me, this happens.

Ultimately, a class is only as good as it’s instructor and this is especially true of distance learning. I obtained a technical writing certificate through the university’s Continuing Education program in fall. I never met my instructor face-to-face, but she always made an effort to organize phone calls, exchange frequent emails and provide any clarification and instruction necessary to help me complete the course and earn my certificate.

While studies indicate that students don’t perform as well in short-term scenarios, in the long-term students of online classes tend to be more successful than those who only enroll in traditional courses, Columbia University discovered. This success was measured by the number of students who earned an associate’s degree or transferred to a four-year university.

According to the National Center for Education Statistics, an affiliate of the U.S. Department of Education, 454,956 of 2,692,536 students were enrolled both exclusively and partially in distance education courses in California in 2012. Cal State East Bay offers a robust selection of degree programs and classes — over 30 online certificate and credential programs — according to Bestcolleges.com.

Online classes don’t work for everyone, but they worked for me. Without distance learning, my graduation date very well could’ve been 2018. I started college in 2011, took a break after sophomore year and now I’m eager to wrap it up. As much as I’ve enjoyed the ride, it’s time to move on. Thanks to online classes, it’s time to buy the cap and gown.