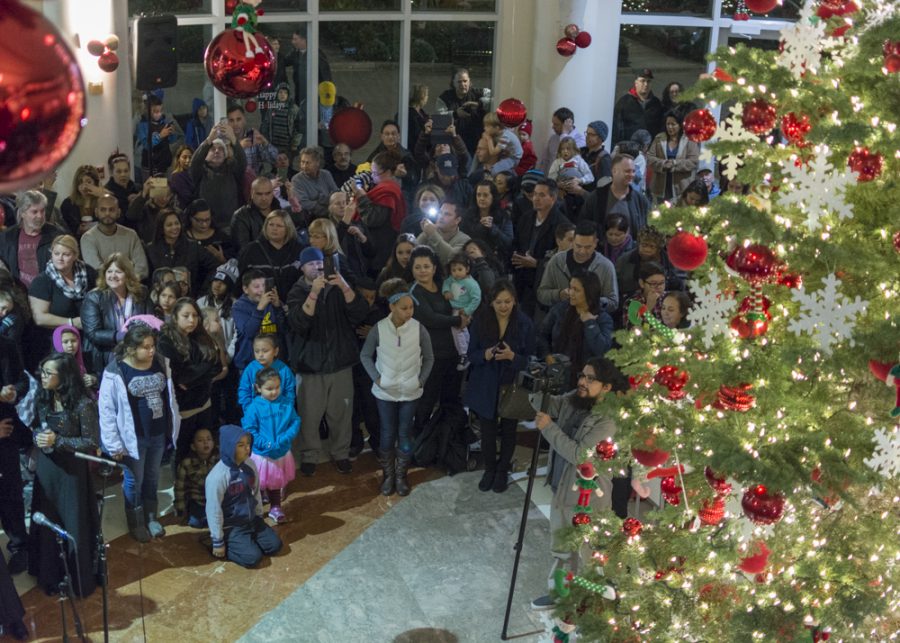 Hayward’s “Light Up The Season” celebration took over downtown on Saturday. City officials closed off sections of B and Watkins Streets near City Hall where attendees could watch performances, play games, go on carnival rides and much more.

According to the President and CEO of the Hayward Chamber of Commerce, Kim Huggett, this was the event’s eighth year but the first time it was held on a Saturday. The event has grown since it began in 2009 as a result of an investment into Hayward by City Hall, according to Huggett.

There were train rides, spinning teacups, a funnel cake stand, bands, dancers and free coffee and hot chocolate provided by the Salvation Army.

The event culminated with the lighting of the Christmas tree inside City Hall at 6:30 p.m., which drew a huge round of applause from the hundreds of people in attendance.

“My daughter is five and it’s become a tradition to come see the lights,” Hayward resident Marco Rios said.

“The rides, the games, the lights, she loves it all. We all do.” Rios said his family has come to the event the past three years.

According to the city of Hayward, St. Rose Hospital, Hayward Chamber of Commerce, Rotary International, Hayward Unified School District and Downtown Business Improvement Area all collaborated with the city to put the event on.