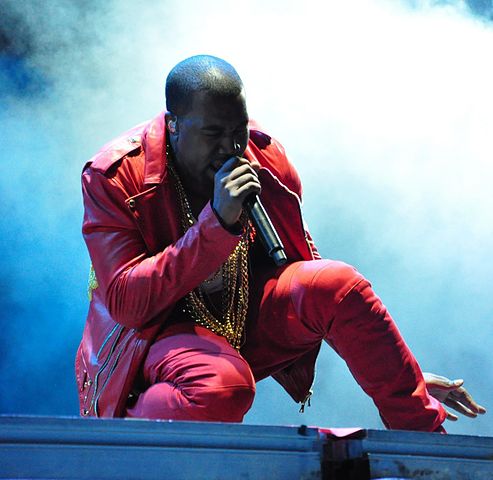 A series of rants by rapper Kanye West during recent California performances has made me re-think how I feel about the artist and entrepreneur, whose music I’ve enjoyed since the beginning of his career in the early 2000s.

Once on stage for his Nov. 17 concert at the SAP Center in San Jose, West couldn’t finish a song without going off on a rant. He started the show with his hit song “Famous” from his latest album “The Life of Pablo,” but every few lines of the song, Kanye stopped to express his opinions about the presidential election, which caused the crowd to get rowdy, reports the Mercury News.

Video footage from fans at the concert show West asking the crowd if they were for Trump or Hillary. According to West, the people at his shows who voted for either side can come together through a mutual love for him and his music. The rapper called for the audience to ask more questions and to not just accept the information they receive from the media.

“Echoing made us think Hillary was gonna win, you were fooled by the information on the internet,” West said from the stage. “Don’t believe everything you hear and see, that gets translated to you by the internet. The celebrities are the influencers of our now, just look at the president. He wasn’t even in politics but he won. That shows you the level of possibility.”

Fans did not react kindly and many booed. Video footage of the show revealed that West said he feels like he and Trump have the potential to be great leaders because they have the ability to work with what West called the “best of class” to get things done. Both men say they want to make America great and Kanye promised to model his 2020 run for president on Trump’s campaign.

Kanye then admitted he did not vote, but said that if did, he would have voted for Trump, even though he cares about issues such as Black Lives Matter, women’s rights and gay marriage, which Trump has openly opposed.

“I’m concerned about the concept of how to do the job a new way,” video footage shows West telling the crowd. “And if no one will do it in that way, I’ll take that position in 2020 and I will do it myself.”

Kanye fans are used to his outspokenness. On Sept. 2, 2005, four days after Hurricane Katrina hit New Orleans, West famously stated live on NBC, “George Bush doesn’t care about Black people.” Fans have learned to deal with these outbursts because they love his music.

But Kanye simply is not the same person or artist he was in the early 2000s. In middle school, I listened to West’s debut album “The College Dropout,” which earned 10 Grammy nominations and won Best Rap Album in 2005. West is a lyrical genius: he composes songs that speak to people on different levels. Songs “Jesus Walks” and “Through the Wire” were very inspirational for me because the message is to push through and not give up hope. In the song “All Falls Down,” West talks about issues like justice system corruption, capitalism and mental health. West promises not to “act holier than thou” and relates to the problems that everyday people face.

However, his whole flow is different now. His lyrical content has turned opposite. All he raps about now is himself. In a rant during a sold-out performance in Sacramento in front of 17,000 people, two days after the San Jose show, video footage shows West opening the show by saying “I’m on my Trump s— tonight.” He was also an hour and a half late for the show. After performing two songs, he began ranting again, according to the Washington Post. West claimed his Saint Pablo tour is the most relevant thing happening, and that too many musicians get into power and are scared to make changes.

“Obama couldn’t make America great because he couldn’t be him to be who he was,” West told the audience. “Black men has been slaves. Obama wasn’t allowed to do this [Kanye acts out on stage] and still win. He had to be perfect. But being perfect doesn’t always change s—.”

After outbursts in Oakland, San Jose and Sacramento, West canceled the remaining 21 shows left on his tour, just hours before his Los Angeles show.

West was then admitted into a Los Angeles hospital for exhaustion and sleep deprivation for a week, according to news reports. US magazine reported that he may have miscalculated the dosage of medicine he was taking for psychological reasons. The anniversary of his mother’s death and his wife Kim Kardashian’s recent robbery incident may have also contributed to his stress, news reports suggest.

As someone that used to be a fan of his, I hope West received the medical attention he needs. I also want him to sincerely get better in all aspects of his life before he goes back into his music.

Nobody can know for sure if West will actually run for president in 2020. But no matter what he does in the future, this could be the Kanye we will look back on and remember, not the one who brought us amazing music and authentic insight in the early 2000s. Let’s hope he can get back to being the artist that his fans are missing.