Silver and black should stay in Oakland 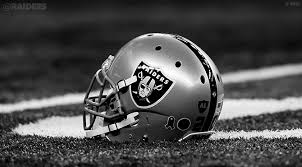 Raiders fans, there is still hope.

On Oct. 17, Nevada Gov. Brian Sandoval signed off on a bill that would provide the organization with $750 million of public money to build a stadium in Las Vegas and owner Mark Davis has pledged his allegiance to the plan. But there is still a good chance that the silver and black will remain in Oakland, and that’s precisely what they should do.

On Nov. 22, Oakland Mayor Libby Schaaf announced that the city has agreed to framework a new stadium deal with a development team headed by former 49ers legend Ronnie Lott. This is the first step towards getting a new official stadium contract between the city and the Raiders, who have spent 44 of the franchise’s 57 years in Oakland.

“We’re excited that, for the first time, we’re working with a private partner who has not just the passion to keep the Raiders in Oakland but also the capacity to put upfront the amount of capital it will take to privately finance a stadium,” Schaaf told NBC Bay Area. “The Raiders belong in Oakland. This is where they were born and raised. This is a part of their identity, and they are a part of our identity.”

Even with the news of the stadium deal, the city must convince Davis that Oakland is the right choice. Since taking control of the Raiders in 2011, Davis has considered moving the team to Las Vegas, Los Angeles, Concord, San Antonio and St. Louis.

“If [the Nevada Legislature] came through with the funding that they were talking about, that I would do everything possible to get there,” Davis told USA Today in October. “I was not using it as leverage.”

However, there are also a few roadblocks standing in the way of the team’s planned defection to Las Vegas. The NFL team owners still have to vote whether or not to approve the relocation of the team. In order to pass, 25 out of 32 owners must vote yes. According to Pro Football Talk’s Mike Florio, that vote will occur sometime in the next six to nine months.

Davis inherited the team in 2011 after the passing of his father, Al. He is relatively new to the politics of owning an NFL team, which is worrisome for anyone with money invested in the team’s relocation process. The league owners share revenue and don’t want to suffer a loss in profits over an inexperienced owner’s mistake.

According to the Nielsen Ratings, Las Vegas is the 40th largest media market in the United States, and one-third the size of the Bay Area market. That would put the Raiders in one of the bottom five markets in the league. They may experience an initial spike in ratings, but the ratings would likely recede to a smaller-market norm after the publicity of the new stadium disappears.

Some owners also expressed a lack of trust in casino owner Sheldon Adelson’s motives to help fund the new stadium. This year, Adelson has settled two lawsuits against his company, Las Vegas Sands Corp. One of the lawsuits was also the subject of a federal investigation. NFL owners want to keep their money machine running smoothly, so they may be hesitant to accept Adelson as one of their business partners.

Adelson is a wild card involved in the relocation. He has pledged $650 million dollars to the project, and has played an important role in passing legislation for public funds to build the stadium. NFL owners have to be wary about what Adelson wants in return for his money, which remains unclear. Despite his efforts to bring the Raiders to Nevada, Adelson also pointed out issues with the proposed deal.

“They [Raiders] want so much,” Adelson told news agency Reuters in October. “So I told my people, ‘Tell them I could live with the deal, I could live without the deal. Here’s the way it’s gonna go down. If they don’t want it, bye-bye.’”

Owners have another potential dilemma: damaging the league’s carefully structured image. By moving a team to Sin City, the NFL concedes its anti-gambling stance. In October, Commissioner Roger Goodell spoke at an NFL owners meeting in Houston about the league’s stance on gambling: “We remain very much opposed to gambling on sports. We want to make sure we’re doing what’s right for the game.”

The move to Las Vegas is banking on too many “what ifs.” What if Davis knows what he’s doing? What if Adelson just wants to see his state get a football team and doesn’t want a piece of ownership? What if Las Vegas rallies around the Raiders despite being the 40th largest media market in the United States? These are questions that should already have answers when discussing a $2 billion project.

Earlier this year, Davis told the NFL Network that the move “will unite Raider Nation more than divide it.” That is a statement that ignores the reality of ripping a team away from its city.

With a move to Las Vegas, the Raiders would risk losing a huge chunk of their fan base. The team has been lucky to survive relocations to Los Angeles in 1982 and back to Oakland in 1995. However, a move out of the state could alienate a portion of the West Coast fan base.

With the Warriors also packing their bags to leave town, this is a make-or-break moment for a city that celebrates its sports teams with pride. The Raiders have failed to reach the playoffs since they went to the Super Bowl in 2002, but that streak will end this season. The Raiders are better off in Oakland, a resilient city that they helped give an identity.

Amidst all of this information, one thing seems clear: the chances of the Raiders staying in Oakland are greater than ever.