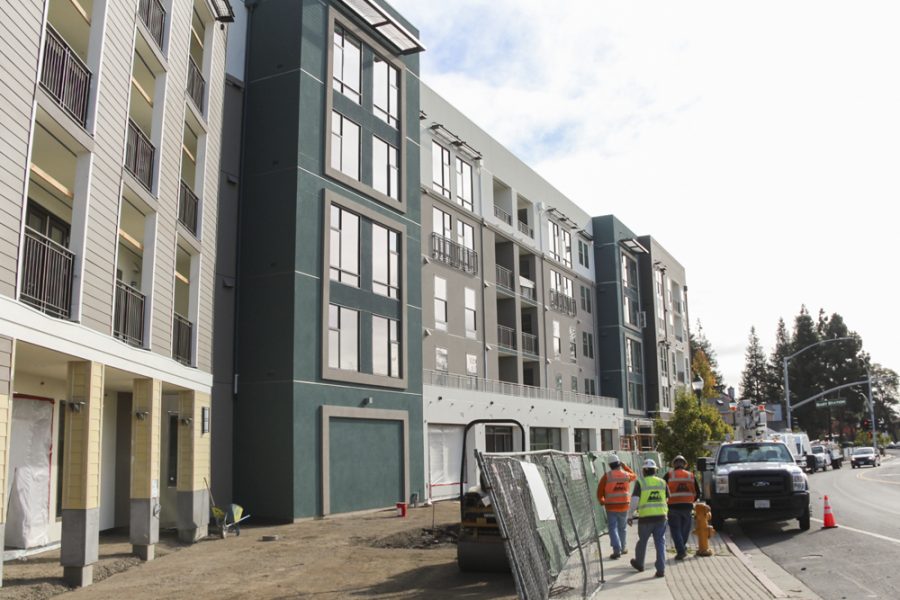 Rising rents in the Bay Area can make it difficult for students to afford off-campus housing, so many of Cal State East Bay’s students seek on-campus housing when they start school here.

There’s one big problem, though: The student population on the Hayward campus continues to grow, but housing options haven’t expanded to accommodate the influx, mainly due to an ongoing lawsuit initiated in 2009 by the city of Hayward and the Hayward Area Planning Association.

The lawsuit identifies safety concerns associated with increased on-campus housing. The city and HAPA claim that CSUEB did not conduct a complete environmental impact report in accordance with guidelines under the California Environmental Quality Act, when it created the University Masterplan in 2009. In the meantime, the campus cannot move forward with plans to build additional campus housing.

The masterplan, approved by university trustees, anticipates that the total student population will increase from about 12,000 to 25,000 over the next 20 years and that there will be approximately 5,000 students living on campus by 2029. Undergraduate enrollment this fall is at 13,008, up almost 19 percent since 2012.

City of Hayward officials claim that they were not initially consulted about the extra burden of an additional 12,000 students on campus and 3,500 students living in campus housing to add to the city’s emergency response system. City officials contend that they are ultimately responsible for student safety.

“Things are still in a holding pattern,” Mark Almeida, director of student housing, said of the lawsuit. Almeida said that the suit prevents the university from being able to plan and build for the future and that it has been a frustrating process for everyone. Jim Zavagno, facilities manager at East Bay, said he hopes to see the suit settled in the next couple of years.

East Bay currently offers two campus residences, but the need for student housing is at an all-time high with 1,650 living in dorms this fall, up from 1,560 from fall 2015. Housing, one of the most important factors students consider when choosing a college, continues to be one of the top issues East Bay students face. More than a hundred students are currently wait-listed for campus housing, and many dorms intended for two people now have three beds per room because of over-crowding due to spiking enrollment figures, Almeida said. According to the CSUEB occupancy strategy, commuter students who can not find housing on campus risk jeopardizing their ability to attend classes.

Hayward and the surrounding areas have also seen rent increases. According to research site Rent-Monkey, rates fluctuate, but rents have increased in Hayward each year.  The average price for a unit is up 3.5 percent from the same time last year and up 19 percent from three years ago. The average rent for a one-bedroom in Hayward is currently $1,973. Due to the housing demand, the campus housing site currently advises students to give themselves about two or three months to search for off-campus housing.

Eager to find housing solutions, last year Cal State East Bay took over an off-campus student housing project that was initiated by AmCal, a third party developer. The new housing complex, called “Cadence,” is located next to the South Hayward BART station. The off-site housing project is set to be ready for fall 2017 and will start accepting applications in January.

This project has allowed East Bay to eliminate a lot of red tape in developing new housing, but it comes with a cost. “The price per bed will be higher, but the complex comes with more amenities than any of the other campus housing,” said Almeida. Almeida did not wish to provide the exact cost difference at the time of publication but revealed that the complex offers 600 new beds, with a model based on double occupancy.

Each unit will have it’s own washer and dryer and there will be a pool, BBQ’s and a jacuzzi on-site. Almeida sees Cadence as a housing solution for juniors and seniors who are transitioning to off campus lifestyles. It will have the same sort of on-campus support that other residence halls have, such as residence assistance that performs concierge work, a convenience store and full-time staffers and will offer a comprehensive shuttle service to campus.

“We know we will continue to have an influx of students, and that students do better when they live on campus,” said Almeida. “The eventual goal is to be able to develop housing on campus, hopefully using sites like the poorly-used overflow lot by Meiklejohn. Hopefully we’ll be able to move on past the litigation soon.”