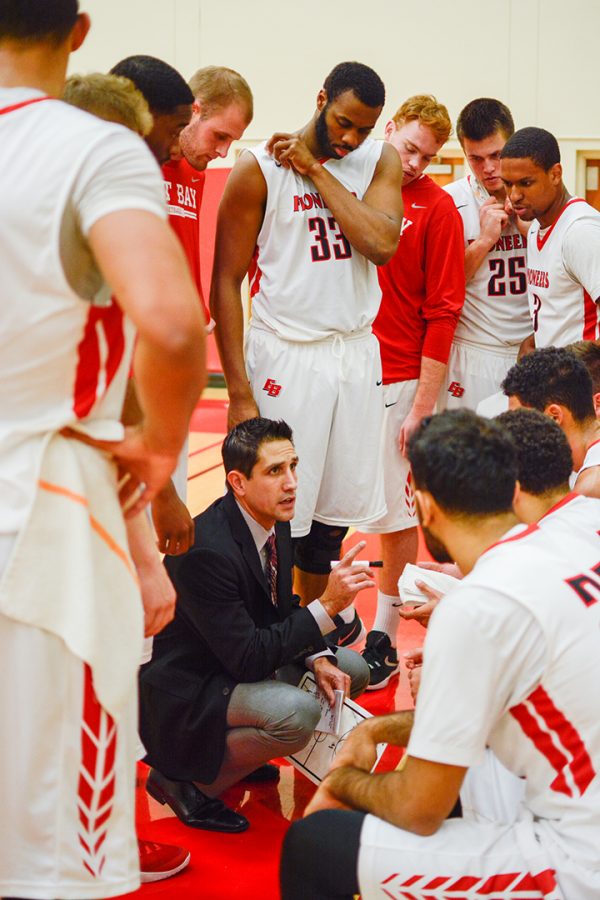 With basketball season right around the corner, the Pioneers are working hard everyday in and out of the gym to prepare for a successful season.

The team has yet to ignite a playoff berth since joining the NCAA Division II and the California Collegiate Athletic Association in 2009-2010, but they are hopeful that this season will be different.

Last year’s season for the men’s basketball team did not turn out the way they had hoped. The team went 9-18 overall and 5-15 in conference, finishing 12th amongst 13 teams in the CCAA conference. One of the biggest problems last year for the team was the inability to close games, which resulted in a significant amount of losses.

Senior guard Paramvir Singh said the team “Could not get over the hump of closing games. Our spread margin was 1.9, meaning the majority of our losses was by that many points and it’s shocking to know if we just closed out games, things could have been different.”

“We have 13 returners and only four new guys so we are more comfortable with each other this year,” said All CCAA senior guard Jalen Richard. “We all know the system, we know what coach is looking for and that is the good thing about so many returners.”

Out of the 13 returners for the team, five of them were red shirts last year: forwards Micah Dunhour and Jamont Wilson, and guards Druce Asah, Jelani Mitchell and Drew Bender. A red shirt is a player who was able to get an extra year of eligibility, usually by sitting out for a year.

“They fit right in,” said head coach Gus Argenal. “They were together all last year, they know the program and what is expected and I am excited to see them on the court. Druce and Ja-mont are the young bucks, but will have an impact on the team.”

The players expressed a similar optimism as well.

“I have not played a game of basketball since last year, because I redshirted so I am just so excited to get out there and do whatever I can to help the team,” said freshman Asah. “I’ve worked all summer for this and my goal is to be aggressive defensively, take shots that are given to me and get offensive boards.”

Argenal feels as if this is the best team they have had since he has been a part of the program and has high hopes for the team as long as they keep their focus, train hard and continue to communicate with one another.

The motto for the season is “FOP” which Argenal says is “Focus on the play.” He explains how important the concept of focusing is and how it can be the deal breaker in winning a game or losing it.

This men’s basketball season is expected to be one for the books by the team. Each player is all in, and it shows in their intense practices and their confidence in one another. Guys are locked in at scrimmages, help each other out and work hard.

“We go out and play like it’s our last time we’ll get to play,” said Richard. “I believe if we keep that mindset and we continue to grind, watch film and work together, we can go far.”

The first game is an exhibition against San Jose State University at 2 p.m. on Nov. 6 at the SJSU Event Center and the home opener is Nov. 11 at 7:30 p.m. against Notre Dame de Namur at Pioneer Gymnasium.