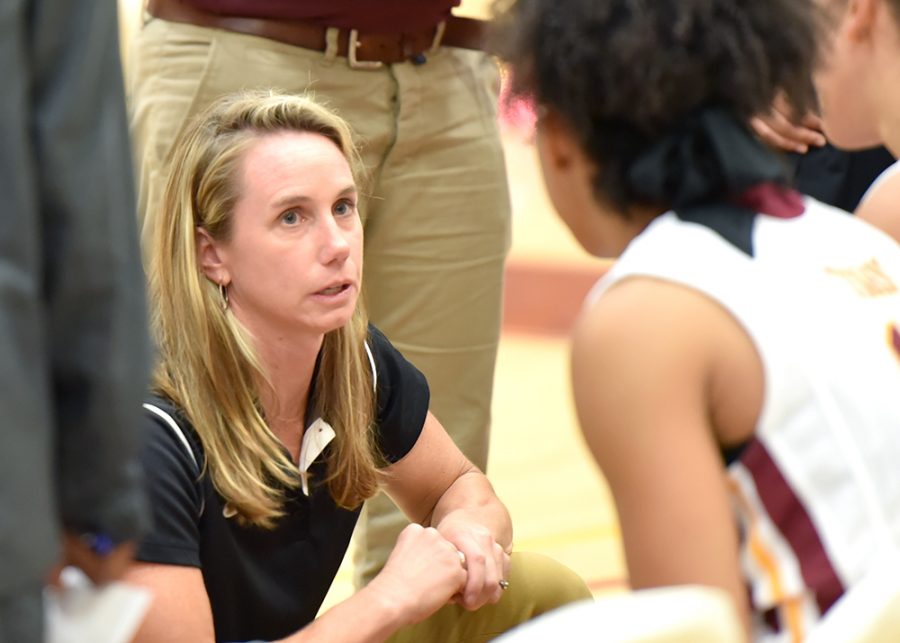 The departure of athletic coaches from Cal State East Bay is starting to feel like a trend.

Molly Goodenbour became the seventh CSUEB head coach in less than two years to leave the school, when she took a job at the University of San Francisco last month. Goodenbour never coached a game at East Bay.

This is the eighth head coach at CSUEB to leave or step down in the past year and a half. During former CSUEB Athletic Director Joan McDermott’s tenure, from April 2015 to August 2016, seven head coaches left East Bay. In addition, head coaches for women’s basketball, track, cross country, and softball, as well as men’s soccer, baseball and swimming all stepped down or left to pursue other opportunities.

The Cal State East Bay athletic department acted quickly, thanks in large part to the recent national search that ended in the selection of Goodenbour. Last week CSUEB announced the hiring of one of the three original finalists for the job in Shanele Stires, a four-year assistant coach from USF, less than three weeks after they lost Goodenbour.

“Since the appointment of coach Goodenbour was only made in June following a national search which produced three finalists, it was determined to invite the other two finalists back for a second round, on-campus visit and from which Coach Stires was selected,” CSUEB Interim Athletic Director Don Sawyer said.

Lindsey Foster, the associate head coach at CSU Northridge was the other finalist in the search that ended with Goodenbour.

Stires brings a defensive mindset to the Pioneers as she employed that strategy of game plan during her time at USF. Stires was also the recruiting coordinator for the Dons and has already started here at East Bay.

USF lost their women’s basketball Head Coach in former Olympian and WNBA star Jennifer Azzi on Sept. 14 when she resigned. Azzi and her significant other are expecting a child and she decided to step away from the profession entirely.

This left a hole for the Dons, who hired former CSUEB Athletic Director McDermott in August and was ultimately responsible for the hiring of Goodenbour at CSUEB in June.

Sawyer said he was contacted last month by USF Director of Athletics Scott Sidwell “as a courtesy,” letting him know they were going to contact Goodenbour about their coaching vacancy. There are no rules regarding contacting employed coaches at other institutions, according to Sawyer.

“Relationships are always a factor in any hiring process,” USF Director of Athletics Scott Sidwell said. “We did have a conversation to request permission to speak with Molly before any conversations began about our head coaching position.”