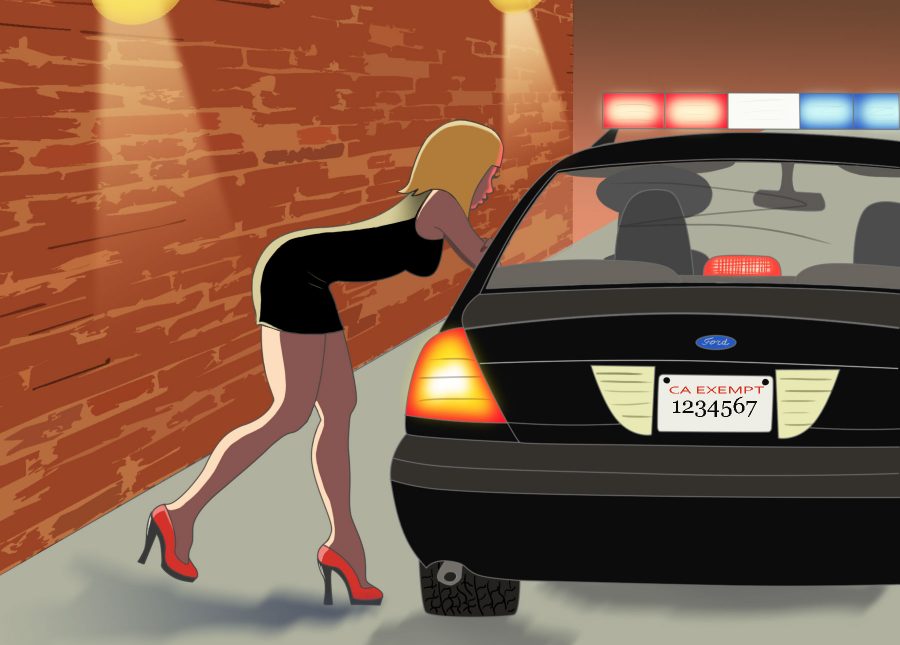 On Sept. 23, the Richmond Police Department announced several disciplinary recommendations stemming from a sex scandal centered around Abuslin. The RPD Office of Professional Accountability led the investigation that included more than 10,000 text messages and phone records and more than 5,000 social media pages. The investigation also included 13 hours of recorded, voluntary testimony from the teenage witness over the course of five interview sessions, all according to the report.

The investigation led to the recommendation of disciplinary action for nine officers: One to be terminated from employment, one to be demoted, two to be suspended — one for 80 hours and the other for 120 hours — and five officers to receive letters of reprimand that will be on their permanent files.

According to Abuslin, she had sexual encounters with more than 20 police officers, several of which occurred while she was a minor. In return she received information about upcoming and potential prostitution sting circumstances and locations in several instances. Guap said that when she was 17 years old, she became romantically involved with an Oakland cop who saved her from her abusive pimp. Guap claims that officer introduced her to other cops who eventually became customers for her prostitution services.

California state law does not allow the city to reveal the names of the officers involved and two of them had previously stopped working for the city for reasons “not connected” to the sex scandal, according to the RPD.

The officers have 10 days from the notice of recommendation to request a private hearing, after which Richmond Police Chief Allwyn Brown will make a recommendation to the City Manager Bill Lindsay, who has the final say over disciplinary action.

After Lindsay’s decision, the officers have 14 days to oppose the decision and request binding arbitration, which involves including a third party to settle the issue, according to the report.

“Police officers must be held to a higher standard with regard to their personal and professional conduct because their effectiveness in serving the community depends on the public’s trust,” Brown said in a statement.

“Integrity is indispensable to the position of police officer, and a breach of that integrity will not be tolerated at the Richmond Police Department.”

According to a statement by the Alameda County Sheriff’s Office, their investigation into the sexual misconduct involving Abuslin is complete and four deputies who had sex with her were exonerated because, “it was consensual, no one paid and she was 18 at the time.”