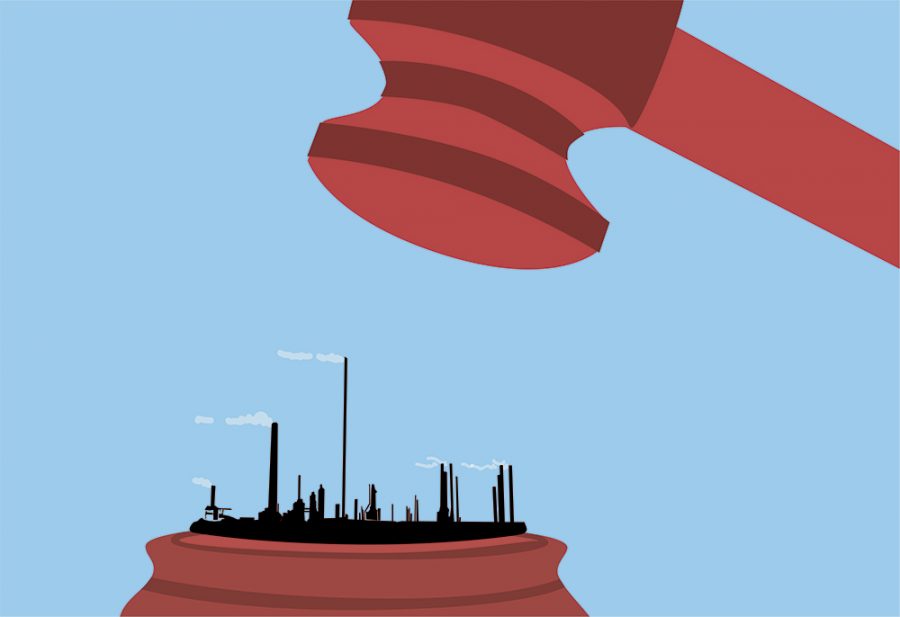 On any given day, trains can be heard screeching throughout Benicia on the Union Pacific Railroad, transporting industrial materials and automotive parts. A unanimous vote by the city council guaranteed that crude oil will not be riding the rails into the city anytime soon.

On Sept. 20, the Benicia City Council unanimously denied a three-year proposal that would’ve allowed the Valero oil refinery to transport 70,000 barrels of Canadian tar sand and North Dakota bakken crude oil into the city by 100 cars daily on the Union Pacific Railroad.

The refinery currently receives crude oil via underground pipeline and by ship. The project wouldn’t have added to the current amount brought in, and in fact 81 percent of the crude oil normally imported by marine vessels would have been transported into Benicia via rail, according to the Valero Crude by Rail Project Description.

Thirteen-year Benicia city council member Tom Campbell said that he and Mayor Elizabeth Patterson opposed the project since April due to concerns about potential environmental catastrophe. However, going into the council meeting it was uncertain whether there would be a third vote to secure a rejection. It was Benicia city council member Christina Strawbridge whose stance tipped the vote, and a snowball effect ensued, according to Campbell.

The unanimous veto of the project by all five city council members comes just a few months after a June 3 train derailment that occurred on Union Pacific tracks in Mosier, Oregon. The cars spilled 42,000 gallons of crude oil into the environment and kindled an inferno that burned for 14 hours, according to the Associated Press.

“There’s a lot there to give you pause,” said Strawbridge. “The railroad industry hasn’t caught up with safety standards. It’s not nearly enough for me to feel comfortable going forward with this project.”

Strawbridge said she maintained an open mind about the project until the Oregon derailment occurred, which she called “a game changer” because the cars that derailed were the same ones Valero proposed to use in its project.

In a statement to the city regarding the project, Union Pacific maintained that it is continuously improving its safety measures by inspecting tracks, locomotives and cars carrying crude oil and hazardous materials daily. Rail HazMat train accident rates have declined by 91 percent since 1980 and Union Pacific has trained nearly 1,300 personnel since 1986.

“This shows that nothing is foolproof, even under the best circumstances,” said Campbell. “You can do everything right and be the most skilled…but if it goes wrong with this, it goes really wrong.”

Valero is the largest employer in the city and generates 25 percent of the city’s general fund of $31 million through property and user taxes, according to Strawbridge. The Valero refinery has maintained a partnership with the city of Benicia since the year 2000, and currently provides over 400 jobs to both residents and non-residents, Valero reports.

The Benicia refinery is one of two in California to earn the Voluntary Protection Program “Star Site” designation for health and safety programs. that successfully control occupational hazards, according to Valero public affairs manager Sue Fisher Jones. The Benicia refinery has since passed two recertification audits since earning the title in 2006.

In addition to transporting oil by train, the project would have also included the construction of a service road, an offloading facility, 4,000 feet of underground pipeline and the replacement of underground infrastructure at the refinery, according to the project’s final Environmental Impact Report. The project would’ve created 20 permanent full-time jobs and 120 temporary jobs.

The project was formerly rejected by the Benicia planning commission in February due to concerns about the dangers a derailment could pose to cities, residents and the environment. The train would pass through heavily populated areas and on tracks close to the ocean on the route from Roseville to Benicia, according to the Benicia planning commission.

Crude oil spills via railroad constitute less than one percent of total pipeline spills over the past decade and average pipeline spills are four times larger than the average rail spill, according to a statement by Union Pacific to the city regarding the project.

Valero appealed the project with the city council in March and a final decision was deferred to the September 20 meeting pending a second opinion from the Surface Transportation Board, a branch of the U.S. Department of Transportation that regulates railroad activity across the U.S.

The city council waited to find out whether the STB would grant Valero indirect preemption — independence from city jurisdiction — because of its connection with the railroad, which is already preempted, said Campbell. The current preemption clause applies to cities, counties and states and makes it so that they don’t have jurisdiction over railroad activities, safety measures or regulations. In its March appeal, Valero argued that it should receive these same rights because a rejection of the refinery’s project would affect the railroad’s economic success, indirectly violating preemption.

A “yes” vote by the STB would’ve been unprecedented and would’ve taken away the rights of Benicia city leaders to have any say in the project details — including the location of the new offloading dock and the facilitation of safety measures — explained Campbell, who said the city council received the STB’s ruling that preemption wouldn’t extend to Valero just five hours before the city council meeting.

The city was advised to make its ruling based on the project itself, independent from the railroad concerns, in order to honor preemption, said Campbell. “This is easily the biggest vote by far that I have made in my 13 years on city council,” said Campbell. “This is way over our heads. We usually deal with potholes in the streets and stuff.”

Strawbridge said the project has evolved over the past three years from a simple permit request for the refinery to build racks to receive the crude by rail. Crude oil was formerly transported from Venezuela and the Middle East, and it seemed safer to get it from the North American region, she explained. Transporting it via railroad would’ve had less of a negative impact on air quality in Benicia, but not as a whole regarding other uprail areas, said Strawbridge.

“I really felt that this was not something Benicia should have to do [making this decision],” said Strawbridge. “It’s a federal issue; it’s a state issue and it’s been put in our laps. It’s time to put that away. I really feel like the unanimous vote on Tuesday night sent a really strong message to what this means to the community and what this means at large.”

Campbell and Strawbridge both told The Pioneer that the issue will likely escalate to the court level, as Valero is expected to sue the city. The council will reconvene on Oct. 4 to list more findings on the concerns behind its ruling. “I’m just hoping that we can move forward as a community and start the healing process,” said Strawbridge.