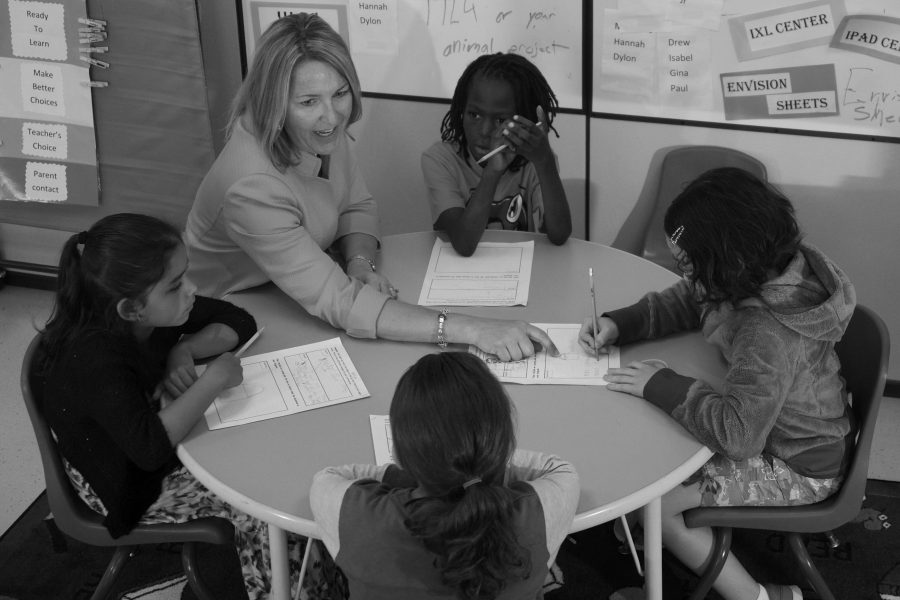 California has experienced a teacher shortage for the better part of a decade, as schools struggle to lure new talent into a profession that isn’t viewed as lucrative, and as cost of living continues to rise statewide.

Since 2013, California has the highest student-teacher ratio in the nation at 24:1, compared to the national average 16:1. Since the 2010-2011 school year, fewer teacher credentials have been issued because fewer people are pursuing teaching as a career, according to the Commission on Teacher Credentialing. Fewer perceived teaching opportunities has discouraged many young adults from pursuing a career in that field.

Trish Gorham, president of the Oakland Education Association, told The Pioneer that this can be attributed to a combination of problems, such as a larger number of teachers, a retiring baby boomer generation and the number of new teachers leaving the field because they find it too stressful or sustainable financially.

When Gorham started her teaching career, most substitute teachers had full teaching credentials but she had to wait two years as a substitute before an opening became available.

When class-size reductions happened statewide in the late 1990s, a teacher shortage occurred.

Thousands of teachers were laid off during the recession of 2008-2012 because of the budget cuts in many school districts. Since 2000, the enrollment in teacher programs went from 8,000 to 2,000, according to Leib Sutcher, a research associate at the Learning Policy Institute. Young adults are choosing other career paths that have more benefits and opportunities and don’t view teaching as a viable career anymore.

From 2012-2015, the percentage of underprepared teachers increased because fewer teachers had their full teaching credentials, explained Sutcher. Many of these teachers had only fulfilled some of the requirements or were still in the process of receiving their credentials. Districts did not have access to fully-credentialed teachers so they had to choose from the candidates available.

In January, the California Teacher Association reported that California school districts needed to hire 60,000 new teachers to return to the pre-Recession student-teacher ratios, according to the Learning Policy Institute.

There is no accurate data about teachers being hired but a report that will show more current data will be released in the next couple weeks in DC, according to Sutcher.

Oakland Unified is one of the districts that has been affected by the shortage. They usually have 300-400 vacancies every year and have a vigorous recruiting program. This year bonuses were given to teachers who signed up, and to current staff who recommended someone who got hired.

They also let retired teachers come back on a part-time basis in order to reduce the shortage. These were creative but stop-gap measures, explained Gorham.

Matt McCue, talent development associate, and Mary Delgado, intern lead talent recruiter, from OUSD both said it has been hard to find the right candidates especially in the area of math, science, special education, and foreign language because few applicants are credentialed enough to be in a classroom. Delgado is curious why so few young adults pursue teaching as a career, since it is a career that offers a lot of benefits and great retirements packages.

In OUSD, that is a strategy they are trying to do and bring awareness that there is these other options in teaching or social work that they can pursue as a viable career.

Teacher shortages have been an on-going problem in the Bay Area because there is less credential-ready staff to hire. McCue says that the rising cost of living has gone in the Bay Area is causing teachers to move to more affordable places. McCue and Delgado said that OUSD was struggling to fill positions in the math, social science, special needs, and foreign language in the PK- 12 grades.

This school year, they have hired more than 400 teachers, said Delgado. It was easier for them to hire because they worked together, a team of 7,000 employees referred people for positions, they also used a more robust website and social media to announce open positions. They also offered signing bonuses of $1,000 for special aid positions and $1,500 for bilingual positions.

After many resumes and interviews, they found the perfect candidates and only have two positions more open.

Oakland Unified is not the only district going in this situation; there are many in the Bay Area such as in Hayward, San Lorenzo, Berkeley and San Francisco Unified.