California to vote on $2 cigarette tax 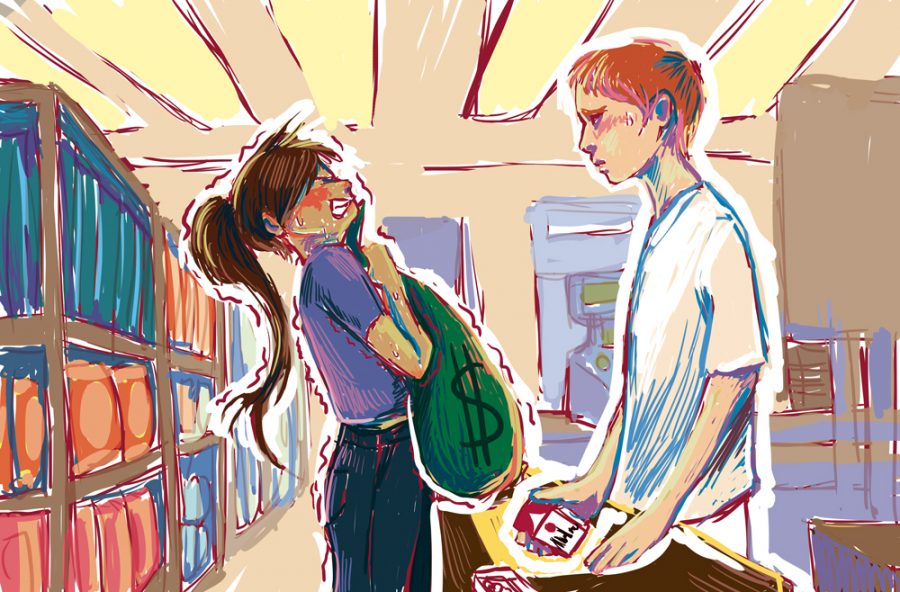 A $2.87 tax on a pack of smokes could be in California’s near future.

As of June 30, the “Healthcare, Research and Prevention Tobacco Tax Amendment,” officially became eligible for the November ballot, which aims to wean people off of smoking by almost tripling the tax on cigarette and tobacco products, including e-cigarettes.

Cigarettes have not seen a tax increase for almost 20 years, according to the California Legislature. A state general fund of 10 cents tax was implemented in 1959, and the California cigarette tax has risen just three times from 1988 to 1998, plateauing at 87 cents tax per pack.

For smokers, the bill is another nuisance to prevent them from keeping their habit. But this prop also begs the question: Is it really about trying to get people off smoking, or just another way for the government and various other agencies to make a couple extra billion dollars of revenue?

The Save Lives California coalition, a partnership of healthcare organizations and services, started the initiative. Their website promotes their mission: To “save lives” by reducing cigarette purchases to protect children, who often pick up smoking at a young age, and fight cancer. Billionaire Tom Steyer, environmentalist and potential 2018 gubernatorial candidate, has backed the campaign since its inception in October 2015 and has donated $1 million to the cause.

The tax is estimated to generate $1.8 billion, according to the Office of the Attorney General. The revenue from Prop 56 will help fund health care, dental disease and smoking prevention programs and provide for medical research on tobacco-related diseases like cancer, heart and lung disease through the University of California.

Mike Roth, communications spokesman for Save Lives California stated that the reason for this initiative’s fruition is illustrated by the increase in tobacco-related deaths. He said, “Tobacco and tobacco-related diseases kill 40,000 Californians – more than murder, car accidents, alcohol and illegal drugs combined. Tobacco is the number one cause of preventable death in California.” The objective of SLC is to try to reduce the body count of the number one preventable cause of death. “California taxpayers spend $3.5 billion annually to treat cancer and other tobacco-related diseases. This is a simple user fee,” he told The Pioneer. The funds from this initiative should take that bit of weight off taxpayer’s shoulders and highlighted the advocacy for protecting kids’ lives.

Public health lobby organizations such as the American Cancer Society, the American Heart Assn., the California Medical Assn., the American Lung Assn. and the Service Employees International Union have endorsed and sponsored the ballot. Former mayor of San Francisco, Lt. Governor Gavin Newsom, has partnered with Save Lives California’s “Yes on 56” campaign. There are others however, who wholly dissent the $2 tax.

“Your wealthy people won’t be deterred one iota from buying cigarettes,” said Jon Coupal, president of Howard Jarvis Taxpayers Association, in an article from SFGate. “This is felt by the working class. And, the perverse nature of this tax is that the anti-smoking programs it funds will be reliant on revenue from an activity they are trying to stop.”

The initiative also makes vaping synonymous with tobacco and tobacco products, since vape products are included within this tax. Vape organizations and smoke-free alternative organizations are among the list who want to fight this, yet can only do so much without deep pockets.

“Public health benefits every time a smoker switches to vaping,” said Gregory Conley, president of American Vaping Association in an article on CNBC. “By recklessly campaigning to equate the taxes on deadly cigarettes with smoke-free vapor products, it is clearer than ever that so called ‘anti-smoking’ activists have officially gone off the rails.”

Nonetheless, there is none other who will fight like Big Tobacco. Altria, R.J. Reynolds and their subsidiaries — manufacturers of Marlboro, Parliaments, Camels and countless other brands — dropped a $16.9 million-backed campaign to fight Prop 56 on July 15. After months of silence since the initiative was introduced, Big Tobacco’s coalition rebuttled with a hard blow. Adding insult to injury, the anti-tax group raised this money in a day, as compared to the months of contributions from the pro-tax group. The nearly $17 million of donations “will go toward advertising, polling and mailers opposing the measure,” according to Altria spokeswoman Beth Miller.

“The committee, which includes educators, health care professionals, law enforcement, labor, small businesses and taxpayers, intends to conduct a vigorous campaign to educate voters on the facts of the initiative and why it deserves their ‘no’ vote on Election Day,” Miller said in a statement.

Gov. Jerry Brown also recently signed a law that increased the age to buy any tobacco products from 18 to 21, effective June 9. Voters will have the chance to decide if the measure passes this November