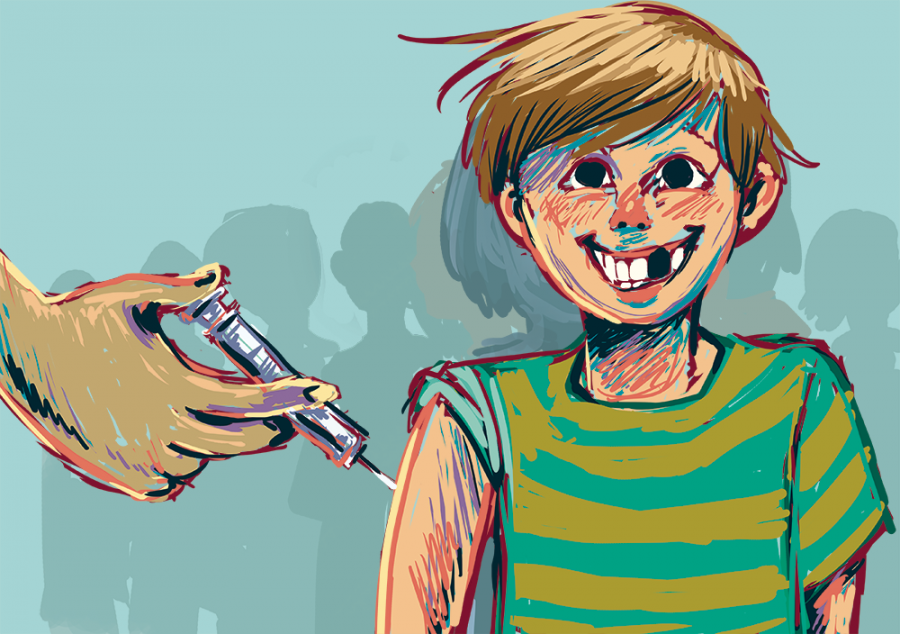 To vaccinate or not to vaccinate: That is the question of the year.

The law that anti-vaccine parents across the state have been dreading for almost two years just went into effect, and it’s terrifying.

On June 30, California officially became the third state to prohibit parents from exempting their elementary school children from receiving vaccines for religious, personal or moral beliefs.

This means that regardless of whether a parent believes in vaccinating their children or not, they will have no choice in the matter.

The bill was co-authored by Dr. Richard Pan, pediatrician and senator of the 6th district in California, Sen. Ben Allen, D-Sacramento and Assemblywoman Lorena Gonzalez, D-San Diego, in Feb. 2015. The following June, Gov. Jerry Brown signed it into law, to become effective one year later.

According to the law, students won’t be able to attend public elementary schools if they receive no less than 10 core vaccinations — which range from diphtheria and measles to tetanus and chickenpox — and any others deemed appropriate by the State Department of Public Health.

There are some loopholes; however, they don’t apply to everyone. If a parent filed an affidavit stating their reasons for opposing immunization prior to Jan. 1, 2016, they will be exempt until the student reaches the next grade span: Birth to preschool, kindergarten through sixth grades and seventh through twelfth grades. Otherwise, parents can either claim a medical exemption or homeschool their kids.

The law has left working parents in the dust. Vaccines have become the unofficial entrance exam for an education. Both parents work in the majority of California households and it is often unfeasible for one to take off work to teach their kid full-time.

Carrie McMahon made the difficult decision to homeschool her 11-year-old son, who would have been in the seventh grade, instead of immunizing him. The family has even considered moving out of California to avoid the mandate. McMahon said that a letter from her son’s elementary school informed the family that in order for him to return to public school, he would need 21 vaccinations by late August.

“It all seems quite irrational and it is,” said McMahon. “Are we going to have to show vaccination records when we bring our families to Disneyland or visit the zoo? Or shopping at the grocery store? It’s ridiculous!”

Vaccines have been a hot topic over the past year and a half, ever since a measles outbreak at Disneyland in December 2014 infected 147 people and scared hundreds of others into crusading for stricter vaccine laws. Since then, anti-vaxers have had a target on their backs.

The anti-vaccination community was immediately blamed for the Disneyland fiasco, despite the fact that the carrier was never identified, and could easily have been vaccinated. While less likely, this is not unheard of. Thirteen out of the 110 infected California residents had one or more doses of the measles, mumps and rubella vaccine, according to the Center for Disease Control.

The CDC reports that the highly contagious measles virus was declared eliminated from the United States in 2000. The virus made a comeback in subsequent years, but it currently hovers at a relatively low rate. Only 189 people in 24 states contracted measles in 2015, a substantial decrease from 2014’s record 667 cases in 27 states. The disease has so far affected only 19 people from 9 states this year.

“It is easy to forget what it was like before we had broad-based vaccinations and there was a lot of suffering and even death from serious infectious diseases,” said Sen. Allen in a press release from Pan’s website. “We cannot risk returning to those days. Parents should not have to live in fear of their child contracting a potentially fatal disease at school or in the grocery store because of another parent’s choice not to vaccinate their child.”

While vaccines have done much to prevent serious illnesses that were once fatal, they aren’t without their own share of health risks. Aluminum is a common ingredient in many vaccines that are mandated by the new law, such as those for hepatitis A and B, diphtheria, tetanus and pertussis, which have caused neurological problems and aluminum toxicity in some cases, according to The Children’s Hospital of Philadelphia.

Parents should not have to choose between their child receiving a public education or a vaccine. Taking away a person’s right to choose what drugs are injected into their own body is an unethical solution. Perhaps even more concerning than the disease itself is this loss of personal freedom.

The medical industry boasts progress and forward thinking, but it just set America back 100 years by taking away bodily autonomy.