Strength in numbers or superstars? 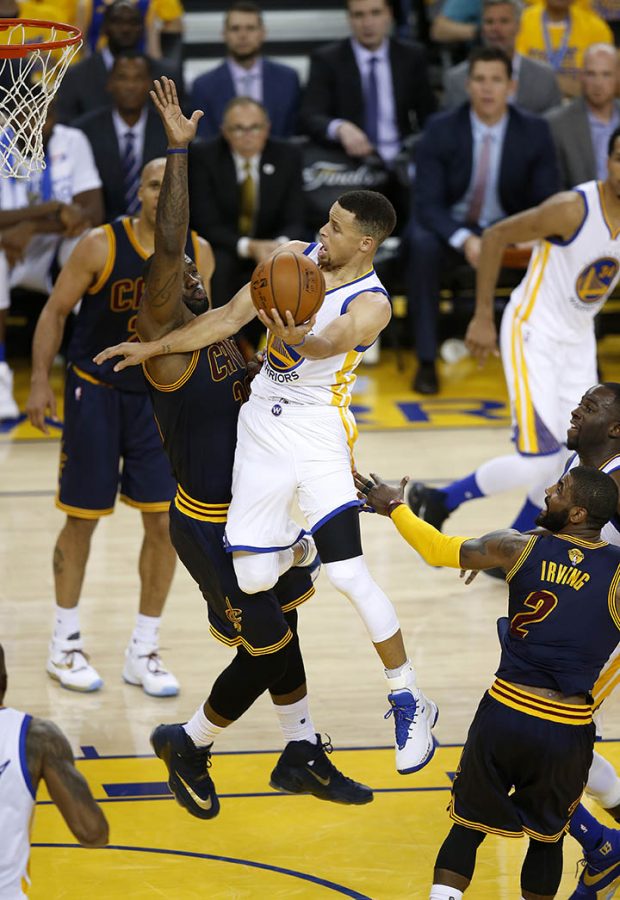 When the Golden State Warriors lost game seven of the NBA finals to the Lebron James-led Cleveland Cavaliers last month, I was devastated.

I deactivated my twitter account and avoided all sports-related content, including ESPN, which is a very tough task for a sports fanatic like me. I did this because I knew the onslaught of memes and posts about how the Dubs choked and how “King James” solidified his legacy as one of the best players of all-time at the expense of the Warriors would be too much for a lifelong fan of the team to handle.

Then a few weeks passed and the free agency period got closer, which brought rumors of Golden State trying to sign the biggest name on the market, Kevin Durant. This is the same Durant who just a month ago choked away a 3-1 advantage in the Western Conference Finals to—you guessed it—the Warriors.

Bright and early on the fourth of July, things got a little brighter in the Golden State, Durant announced he would sign with the Dubs, which he did three days later on a two-year $54 million deal. Historically in the NBA, teams have combined a “big three,” three big-time players in the league on one team. There is a precedent for championship success with this model.

The Warriors took that to another level when they acquired Durant and became what has been labeled a “fierce four,” with two–time reigning NBA Most Valuable Player Stephen Curry and current Olympians Klay Thompson and Draymond Green.

The trio made the 2016 NBA All-Star game and also won a championship in 2015 against — yup that’s right—“King James.”

At Durant’s first press conference at the Oracle Arena in Oakland last week, Warriors Head Coach Steve Kerr told reporters that Durant might start for the Dubs. That was Kerr’s attempt at humor because there is no doubt Durant will start.

This is the first time that three consecutive NBA MVP’s have been on the same roster ever. Curry won the last two and Durant won the prestigious award in 2014.

A familiar moniker for Dubs fans, “Strength in Numbers,” adorned shirts and paraphernalia all over the Bay Area and beyond since the Warriors have become a fan favorite all over the world. They relied on their bench players to not only win a championship last season, but also record the best regular season record ever this year at 73-9, eclipsing Michael Jordan’s 1996 Chicago Bulls.

This is where things get a little scary. Was it worth it to sign one of the best players in the league at the expense of the strength of their depth? We will have to wait and see, but the Dubs will have a completely different look next year. Gone are big men and rim protectors Andrew Bogut and Festus Ezeli.

Bogut was traded to the Dallas Mavericks and Ezeli signed with the Portland Trailblazers, who Golden State beat in the playoffs last year.

Also gone are key bench contributors Leandro Barbosa to the Phoenix Suns, Mo Speights to the Los Angeles Clippers and Brandon Rush to the Minnesota Timberwolves. Rush started over 20 games last year when swingman Harrison Barnes went down with a leg injury.

The Dubs also landed two solid veteran big men who took less money to bring to Oakland: Forward David West from San Antonio and Center Zaza Pachulia from the Mavericks. Andre Iguodala, Shaun Livingston, Ian Clark, James Michael McAdoo and Kevon Looney will make up the rest of the squad, which will have a much different feel than the last few years.

With so much success, critics are questioning if the mixup is a good move. However with the core group intact, things are pointing to a third consecutive NBA Finals appearance for the Warriors.