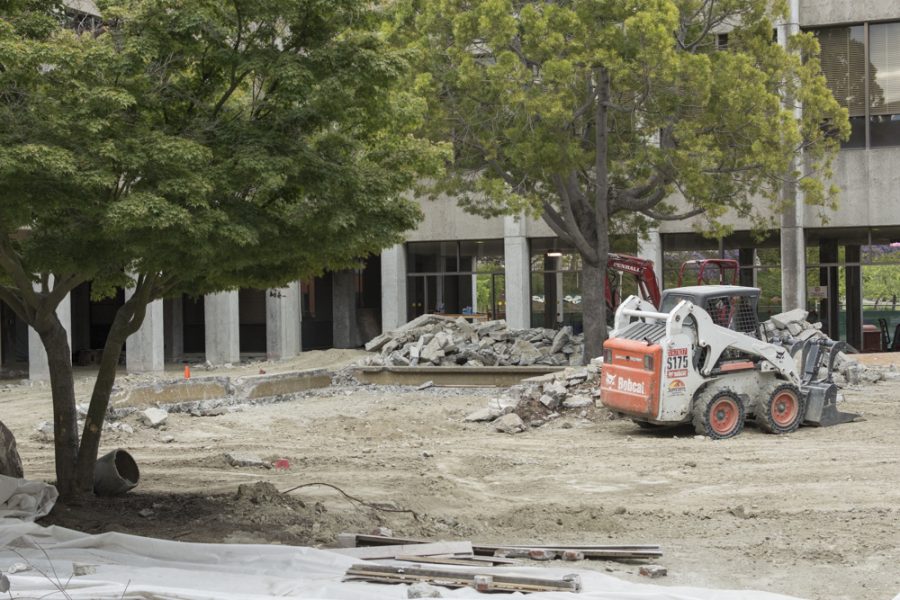 Construction will continue through the summer at Cal State East Bay’s Hayward campus.

On Friday the Director of Parking and Transportation Services at CSUEB, Derrick Lobo, announced that parking lots E and F will be closed for the entire summer quarter as part of a summer maintenance program. Construction began on Monday and there will be no parking in these lots until the fall quarter begins on Sept. 21, the first day of classes.

The CSUEB Library courtyard is also currently undergoing construction from June 13 until July 25, according to Jaleh Behrouze, project manager for East Bay’s Planning, Design and Construction department. However, detour signs around campus indicate that the courtyard will be closed until August 9.

According to Lobo, parts of West Loop Road, East Loop Road, Harder Road and Carlos Bee Boulevard will be closed in “phases” during the summer quarter. Lobo said contractors plan to keep one lane open; however, there could be times when both lanes are closed. Signs and workers will guide drivers through the detours during closures.