Residents migrate away from Jungle 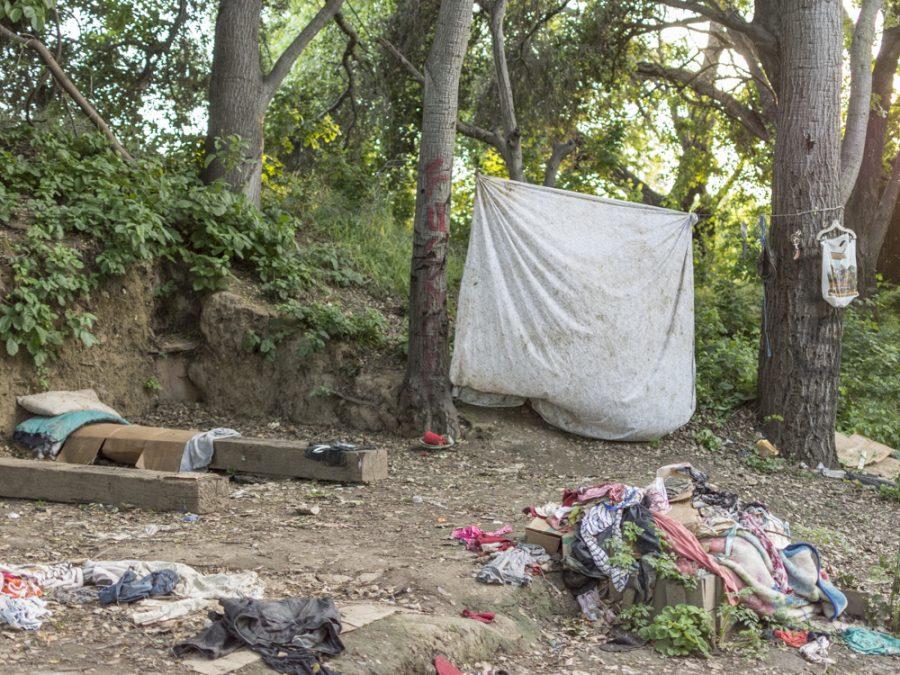 The Jungle was a homeless encampment in San Jose over a year and a half ago. My mom, who is a homeless addict, used to live there before it was swept out and closed. The Jungle was once filled with people, tents, grocery carts, tarps, bags, blankets, chairs, buckets, bikes and hundreds of miscellaneous items; it was packed with clutter.

“Encampments are closed down by the property owners. They are the ones who decide if it gets shut down,” said Claire Wagner, director of communications for Home First, an agency that provides services to the homeless, primarily through support while they help individuals acquire housing. It also provides the largest shelter in the Santa Clara county.

The Santa Clara water district and San Jose made the decision to shut down the encampment because people who lived there defecated in the water along Coyote Creek, which caused water pollution.

Homeowners and residents in that neighborhood complained to police and city officials about the encampment and did not want to live near homeless people. The city was also concerned with the safety of the Jungle due to the high volume of people and the underground caves created by inhabitants of the site that could collapse in, but the ultimate concern was a lack of sanitation.

Today the Jungle is just an open dirt area. The space where hundreds of people used to live, including my mom, is now full of bushes and plants. Recently when I went by, I noticed there are only a few people wandering, but the other homeless addicts, transients and families are no longer present.

I remember where my mom used to stay; the area she showed me before is completely empty. In my head I picture all the people and their belongings that used to fill this space, but now it’s only dirt with a black fence surrounding the area.

I wonder where all the people who lived there went and migrated to. Wagner explained that there was no actual census of the Jungle, so there is no exact number of how many people lived there; however, it was in the hundreds.

During the clean up at the Jungle, there were housing subsidies and vouchers offered by the city and organizations. Almost 200 people received housing vouchers, but about 100 more didn’t get into housing, according to Wagner. There are various reasons why people weren’t able to get help. In some cases there were not enough resources, and other times the people denied the help.

Authorities notified people living in the Jungle about the plan to close an encampment months in advance. Volunteers from various organizations, like Home First, come and help the homeless separate their possessions from trash. There are services offered to help individuals get residency and provide places to stay.

People who lived at the Jungle dispersed all over the city. Hundreds of people left and it’s hard to say where everyone went.

In the county of Santa Clara, 70 percent of homeless are in the city of San Jose. Many homeless have scattered to other parts of the city, off of interstate 680, by Berryessa and to several parts of the Eastside.

I don’t know exactly where my mom is yet, but my uncle’s friend saw her on the east side of San Jose. Most likely she migrated to that side of town along with many other homeless addicts.

City residents have started seeing more homeless people, which created a perception that homelessness has grown, according to multiple residents. According to the Santa Clara County homeless census and survey, between 2013 and 2015 the number of homeless decreased by 1,000 people and as of January 2015, there were about 4,063 homeless in the city of San Jose.

This number is still high and homelessness is a serious issue. Unfortunately some homeless addicts just don’t want the help and would rather be left alone.

My mom is at a stage where she doesn’t want help. However, I hope that if I am able to find her I can help her end this period of homelessness and start a new chapter in her life.