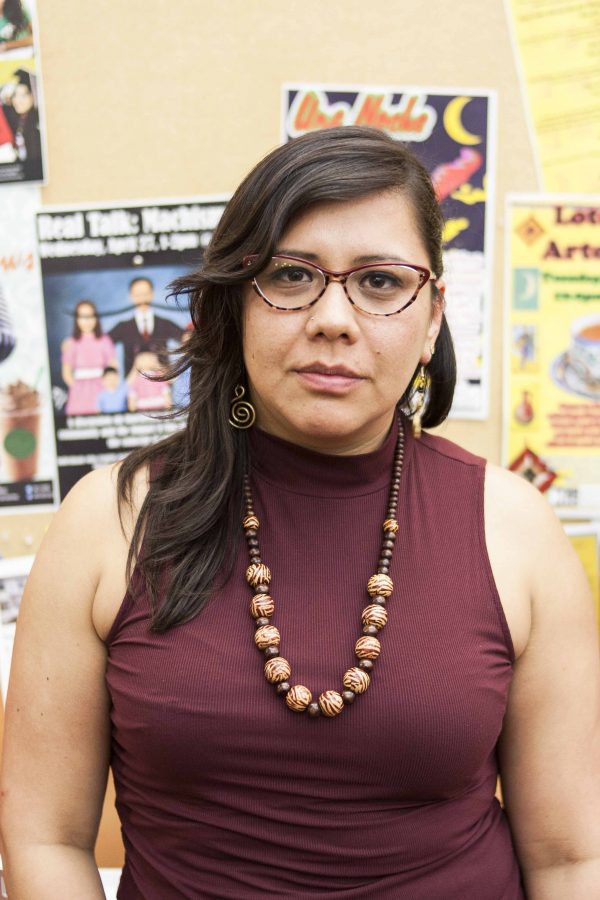 At a recent  “Una Noche de Poesia” event in the Diversity Center at Cal State East Bay, the aroma of café y pan dulce — coffee and sweet bread — filled the dimly-lit room. The evening was dedicated to the work of a unique group of poesia y artistas — poets and artists — who are part of a sub-community within the Latin community, who identify as “Chicanx” or “Latinx.”

Members of this group use the terms “Latinx” and “Chicanx” to identify those of Latin descent who are gender neutral, gender non-conforming, gender fluid, agender or genderqueer. The “Latinx” and “Chicanx” movement is a reclamation of the terms Latino and Latina, census terms introduced in 1997 by the federal Office of Management and Budget as an alternative to the term “Hispanic.” It is a reclamation because the terms Latino and Latina are both gender binary, and the world is no longer strung strictly to those two binaries.

Bay Area Latin poets like Suzana De Jesus Huerta, Joanna Villegas, Yosimar Reyes and Erika Vivianna Céspedes told stories about their ancestors and offered personal reflections during the “Una Noche de Poesia” event, which was hosted by student Mariela Esquivel from the Diversity and Inclusion Center on the CSUEB campus.

At the event, each poet brought a different perspective to the stage about the intersectionality of being gay and Latin in a culture where being a part of the LGBTQ community is frowned upon. They shared their personal narratives about identity, citizenship, family relationships, romantic relationships and sexuality.

Yosimar Reyes, 27-year-old San Francisco State graduate with a degree in creative writing, talked about his relationship with his family and loved ones as a gay and undocumented citizen in the United States. However, he brought a comedic flare to the serious topics, revealing that while he struggled at times, he was able to battle stereotypes, like the time he got into his first fight. “So here I am, about to get into my first fight being coached by a chola,” Reyes recalled. “They couldn’t believe that the little feminine boy beat the bully’s ass.”

Another young poet, Erika Céspedes, a 29-year-old pursuing a master’s degree in ethnic studies at SFSU, spoke about her relationship with her family, who chose not to deal with her sexuality. She recalled awkward moments at family reunions, and nights where she and her friends ran wild in the streets of San Francisco.

“For years it felt like my family didn’t try to know anything about us,” Cespedes said. “So I never tried to help them along in that process. I never mentioned any updates, good or bad. I wanted to tell my family about a lot of things, but it gets tiring when you feel like you have to process and heal in secret. We didn’t have any safe places or groups of people to run to.”

Laughter and a sense of peace filled the room at different moments. The poets were allowed to be vulnerable and opened up to the room, filled with at least 35 students. Esquivel plans to host an event of this nature twice a school year. She wants to shed more light on the experiences her community goes through.

“I was looking for something that really encompassed and exemplified what the Chicano/Latino community is like when it’s very intersectional with gender identity, sexualtiy, presentation, and basically all over the intersectional spectrum,” Esquivel said.