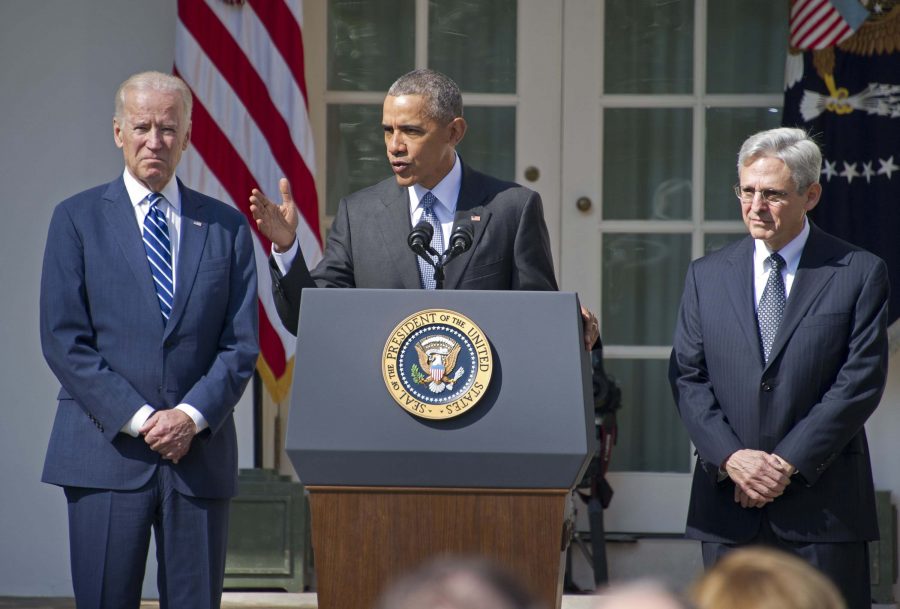 In the wake of the death of Supreme Court Justice Antonin Scalia, President Barack Obama nominated D.C. Circuit, Court of Appeals justice Merrick Garland on March 16, 2016, as the next member of the Supreme Court. However, the Republican Party has sworn to deny any nominee that President Obama endorses.

Many prominent cases have been decided by the difference of a single justice. Bill Chappell of NPR pointed out, for example, that gay marriage would still be banned today had it not been for the ninth justice who ruled in favor of overturning the lower court’s decision.

Today, the Supreme Court is split in half (4-4) regarding President Obama’s executive order, shielding some four million undocumented immigrants from deportation, according to CNN.

Merrick Garland has a centrist record in regards to how he has passed judgment on cases that have been presented to him in the past. Some people say that this makes Garland a fair judge, never too liberal and never too conservative. However, his Republican critics say he is too liberal, especially when it comes down to gun control.

“Make no mistake: If Garland were confirmed, he would side predictably with President Obama on critical issues such as undermining the Second Amendment, legalizing partial-birth abortion and propping up overreaching bureaucratic agencies like the EPA and the IRS,” said Ted Cruz.

President Obama spoke for over twenty minutes about his nominee at the gathering at the Rose Garden of the White House on March 16. He shared that Garland was valedictorian of his class at Niles West High School and that he earned a scholarship to Harvard and later graduated with high honors.

Garland worked in Washington D.C. as a clerk to Judge Henry Friendly and then Supreme Court Justice William Brennan in 1979. “You went to Friendly if you were the best Harvard student,” said Robert C. Post, now the dean of Yale Law School, in a New York Times article. “He was the gold standard among the clerks, his competence was staggering.”

He was later employed for four years at the law firm Arnold and Porter, which specialized in litigation and pro-bono work for disadvantaged Americans. When they offered him a partnership, Garland refused, took a fifty percent pay cut and became a federal prosecutor, where “he investigated and prosecuted cases involving public corruption, drug trafficking, and fraud,” President Obama stated during Garland’s nomination speech on March 16.

In 1993, he joined the Criminal Division of the U.S. Department of Justice and was quickly promoted to principal associate deputy attorney general where he would oversee the biggest cases of his young career: The Oklahoma City Bombing and the Unabomber.

On April 19, 1995 in Oklahoma, Timothy McVeigh and Terry Nichols detonated bombs inside of the Alfred P. Murrah Federal Building, killing 168 people. After hearing about the bombing, Garland felt strongly about being present in Oklahoma, and expressed this to his boss and the deputy attorney general at the time, Jamie Gorelick.

“He not only volunteered,” Mrs. Gorelick recalled, “he basically said, ‘You need to let me go.’” Garland helped run the investigation from a command center by “overseeing search warrants, interacting with other law agencies, and meeting with surviving victims,” according to the New York Times.

However, not everybody believes Garland had a major impact on the case. According to The Atlantic, McVeigh’s lawyer, Michael Tigar said, “Garland shows up for a bail hearing… and that’s the only time I can remember him doing anything in the case. How he got the reputation as having a great deal to do with it — you couldn’t prove it to me.”

Senator Bernie Sanders strongly supported confirming Garland this year, but believes that he is not the “most progressive choice,” and will ask President Obama to withdraw the nomination so he can make his own selection, if elected president.

Garland takes a liberal stance on campaign finance and voting rights. Garland said in a 2015 Appeal Wagner v. Federal Election Commission, “The record offers every reason to believe that, if the dam barring contributions were broken, more money in exchange for contracts would flow through the same channels already on display.” Garland acknowledges that financial corruption is present in politics, where politicians are being funded by businesses and businesses are getting federal contracts in return.

Garland upheld a “Clinton Administration effort to store gun-buyer’s records” in 2000, and called for a review of a 2007 ruling which invalidated Washington D.C.’s handgun ban.

The District of Columbia v. Heller ruling determined that the ban on handguns was unconstitutional. Republicans believe that Garland is against the 2nd Amendment and, if confirmed, will take guns away from citizens, according to The Washington Times.

According to Charlie Savage of The New York Times, Garland generally sides with law enforcement agencies instead of the defendants.

In 14 cases identified by The New York Times, when Garland voted differently from at least one fellow judge, he came down in favor of law enforcement 10 times.

There were no occasions in those cases in which he favored a criminal defendant.

In 1995, Bill Clinton nominated Garland to the U.S. Court of Appeals, but he was not confirmed until 1997. Republicans and Democrats in Congress voted 76-23 in favor of Garland, according to The White House.