Kaepernick trade not likely for 49ers 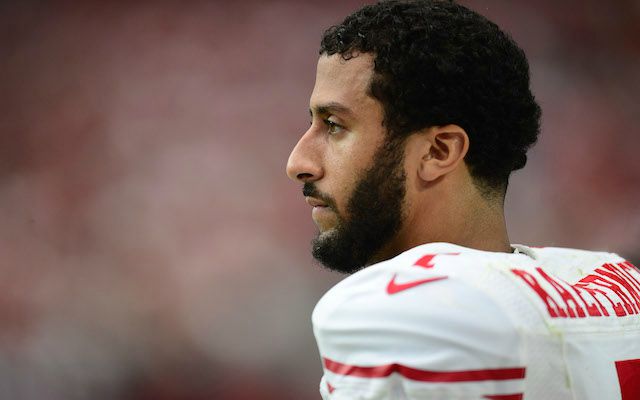 If you believe the reports, the San Francisco 49ers traded quarterback Colin Kaepernick to the Denver Broncos every day for the last two weeks. This occurred after the 49ers traded Kaepernick to both the Cleveland Browns and New York Jets. At this point, a Kapernick trade report should have as much credibility as a weather forecast predicting a blizzard in San Francisco. Still, the reports continue.

The 49ers and Kaepernick have little incentive to make a trade happen. If the lack of action does not provide sufficient proof, the facts of the situation should.

Since the 49ers benched Kaepernick in the middle of last season, reports of his unhappiness with the team from several local media outlets have since surfaced. For months the media has told the familiar narrative of the disgruntled athlete that desperately wants to leave the franchise he feels wronged him. Most notably, a Feb. 25 report that Kaepernick’s agent requested permission to seek a trade.

Unfortunately for Kaepernick, he ended last season as a backup with a starter’s salary. The few teams interested in Kaepernick want to pay him significantly less than the $12 to potentially $14 million the 49ers already owe him for next season. The Broncos want to pay Kaepernick half of that, around $6 to $7 million next season, according to ESPN. The extra cash must provide a little more gruntle to the disgruntled quarterback.

Reports from local media like KTVU, CSN, FOX and KNBR also indicate that the Broncos want to extend Kaepernick at this backup salary. A split from the 49ers could cost Kaepernick millions in current and future earnings. People have spent lifetimes in bad marriages over less money, so please believe Kaepernick can tolerate the 49ers for one more season.

A trade makes no sense for the 49ers either. San Francisco has over $50 million to spend on player salaries this year, in addition to those already on the team. This makes them one of the few teams that can afford Kaepernick’s salary. The only team still interested in Kapernick, the Broncos, likely can’t afford Kaepernick’s potentially reduced salary.

Meanwhile, the 49ers only have three quarterbacks on the roster, including Kaepernick. Although Kaepernick played poorly last season, replacement Blaine Gabbert only managed competent quarterback play at best. General Manager Trent Baalke and new Head Coach Chip Kelly believe competition at each position gets the best out the players. This philosophy needs a Kaepernick behind a Gabbert, or vice versa, to push the other to prepare, practice and play at the highest level possible. Kaepernick also provides insurance in the event Gabbert suffers an injury.

The NFL draft later this month provides the 49ers the last opportunity to fill the void that Kaepernick would leave. One of the top quarterbacks in the draft, like UC Berkeley’s Jared Goff, may have the type of presence necessary to push Gabbert or fill in, in the event of an injury. However, the 49ers cannot count on landing Goff or any other top quarterback unless they plan to trade up and give up some picks. If they don’t land a top college quarterback the depth chart will likely feature players even a knowledgeable football fan would have to Google besides Gabbert.

The fourth round pick that the 49ers receive from the Broncos will not land them a player that can make the impact that Kaepernick can make this year. After all, not long ago, Kaepernick, a rising star at the time, led the 49ers to the Super Bowl. Many believe Kelly’s offense fits Kaepernick’s skill set the best. A mobile-running quarterback who can throw and pass opposed to the stationary pocket passer who does not run the ball.

Ultimately, the 49ers control Kaepernick’s fate through his contract. San Francisco cannot trade Kaepernick unless he agrees to pay cuts and contract terms the new team wants. Kaepernick is set to make the most money this season as a 49er. The Niners’ best option for quarterback lies with a combination of Kaepernick and Gabbert. The only reason they would have to trade Kaepernick stems from the fact that he wants a trade. Billionaires yield to the will of none, especially not millionaires, and ownership has proven that so far.

Unless the Broncos are desperate enough to give San Francisco and Kaepernick what they both want, this trade will not happen. The Broncos have their own fallen star quarterback in Mark Sanchez. They also won a Super Bowl last year with a quarterback in Peyton Manning, that was a shell of his former self in the championship game, but still won a title. The Broncos’ interest in Kaepernick resembles a bargain hunter at flea market. They want him, but only at the right price.

Day after day the reports have proven wrong. Would all parties like to make this deal happen? Sure, but not enough to actually make it happen.