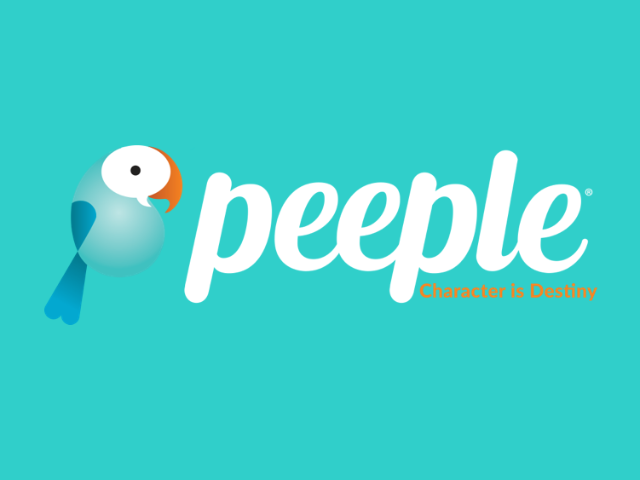 When I first heard about “Peeple,” the app notoriously dubbed “Yelp for humans,” the app hadn’t even been launched yet, and the talk wasn’t positive. Let’s face it, an app that allows users to rate and review employers, exes, coworkers and anyone else they know, similarly to how one would rate a restaurant or dentist through the business review platform Yelp, is sure to attract a fair amount of criticism.

On March 7, the free app officially launched in the Apple store. An active Facebook account, a smart phone and a cell phone number are all that a user needs to write a public review about anyone they want. If that makes you uncomfortable, you’re not alone.

According to CEO Julia Cordray, to review someone on Peeple, you would first clarify his or her relationship to you as being either personal, professional or romantic. Next, you can write a review on the person, which will then be published to their profile, pending their approval of it.

Reviews that aren’t approved by the reviewee won’t be published, but they don’t completely disappear either. A paid upgrade in development called the “Truth License” would unlock every review about a person, even the one’s they choose to hide, for a projected price of $0.99 a month, according to Cordray.

If someone is not on the app, you can invite them through Facebook messenger or text, which is where a Facebook account, smart phone and cell number come in. If that person chooses not to join Peeple, the reviews will never go live and can never be accessed, even through use of the Truth License, according to Cordray.

Based out of Calgary Alberta, Canada, “Peeple” is the brainchild of Cordray and Nicole McCullough, friends who initially devised the concept in April 2014 as a more efficient process to connect with people in their personal and professional lives.

The developers touted Peeple as a “positivity app” on their website, with the purpose of showcasing people’s positive attributes, but The Washington Post was quick to call it “terrifying” and dubbed it as the “Internet’s Most Hated App.” According to Peeple, over 15,000 users signed up within a week of it’s debut in the Apple store and has received extensive media coverage. However, not all publicity is good publicity.

Social media pages for the app display a perpetual barrage of angry, insulting comments that brand Cordray as a liar and even a criminal. Entire Twitter pages, such as @PeopleagainstPeeple, were created for the sole purpose of bashing the app, and the developer has even received death threats.

Peeple has sparked a violent hurricane of hostility and outrage in the media that has snowballed dangerously. When targets are painted on the backs of the developers themselves, it’s safe to say that a line has been crossed.

I’m still on the fence. I think the intentions behind the app are good and there’s potential for it to enhance users’ reputations, if used constructively. Cordray should be applauded for her innovation, and at the very least should be spared the hostility.

On the other hand, people on the internet are not inherently kind, as suggested by Cordray, who optimistically thinks people will use the app to uplift, rather than bully each other. The death threats and hate mail she has received in response to the app is a testimony to the human capacity for cruelty.

Is she naive, as talk show host Dr. Phil suggested in an interview prior to the app’s release, or is she on to something?

I am also concerned about what this signifies for the future of our connectivity. If humans, in all our complexities, can be summed up by a single emoji representing a good, bad or neutral experience as the app allows, aren’t we taking away value from that person, rather than adding to it?

The original prototype proposed a five-star rating system, granted users the ability to create accounts for others and prohibited users from deactivating their accounts. In response to severe backlash regarding these features, Peeple pushed the launch of the app back six months and added additional safety buffers, according to Cordray.

“This is not a bullying app,” said Cordray. “We don’t tolerate any sort of bullying or irresponsible recommendations.”

According to Cordray, the worst thing that can happen is that a user receives a single bad recommendation, for which they can take immediate action to have removed or reported. No longer is there an estimated 48-hour waiting period for a response from developers. Action is instantaneous.

Currently, the app is 100 percent opt-in, meaning nobody can create an account for you, and users have full control over what is posted to their profiles. They can delete recommendations, block and report users and deactivate their accounts.

Cordray clarified that app users have to be 17 and older to download it through the app store, verified by the information supplied on your Apple ID. There’s no official way to enforce this, of course, as anyone can provide a false birthdate, but that’s nothing new; the same can be done on Facebook,  Twitter, or Instagram.

Even though the privacy safeguards of social media giants such as Facebook, Twitter and Instagram aren’t very different, the consensus seems to be that these protection policies should be more stringent for an app that operates solely on the premise of rating other people. While I applaud Cordray’s innovation and agree with the positive idea behind the app, I still feel that the process needs to be refined.

Will employers be more likely to pass up someone who has a negative review on their profile before giving them an interview? Will screening potential dates or new friends before meeting them become the norm? Will the “Truth License” do as people have suggested, sell privacy at a cheap price?

On the other hand, this could be an extremely useful tool for navigating college life. As a transfer student who started at Cal State East Bay in September, I had to start from scratch. No friends to clue me in about their favorite and least favorite professors or tutors on campus. Peeple could have made my transition a lot easier and in the post-college process of job-hunting or applying to graduate school or internships, recommendations are key. A stockpile of positive reviews certainly doesn’t hurt.

“Think of your character as a new form of currency,” Cordray told The Pioneer. “Your character and the way you show yourself in this world is more important than a resume.”

Peeple is designed to strengthen the connection between humans. But I wonder, if people judge each other by ratings rather than a personal connection, does the app have the potential to kill relationships before they even start? When the quality of a human is quantified through an app, we seem to be moving dangerously further from the human connection and closer to total dependency on a Wi-Fi connection.