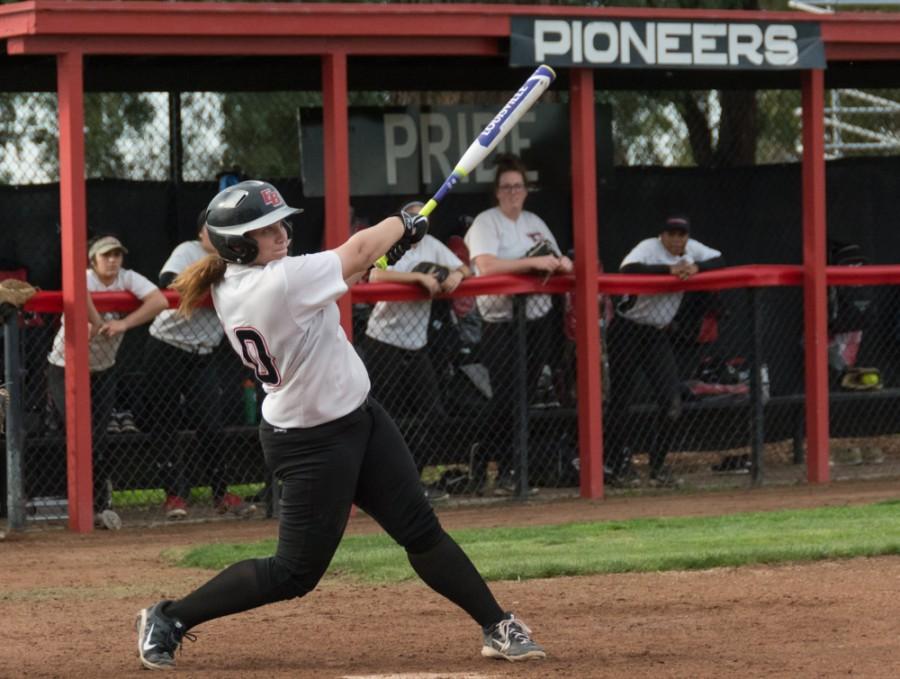 In August the Pioneers’ Head Coach Barbara Pierce stepped down after nine seasons at the helm for CSUEB.

Enter the new Coach, Claire Sua-Amundson, the Cal State Fullerton assistant coach who has been at schools like Cal Poly and Stanford. The UCLA grad played in the College World Series four times during her four years on the Bruins softball squad.

Sua-Amundson will have her hands full with a squad that has never made the postseason since the jump to Division II in 2009. Last year the Pioneers were 28-23 overall and 16-20 conference play.

“There were a lot of positive changes for the team this year,” CSUEB senior infielder Allie Kornahrens said. “We have 10 freshmen, so it is a young team that came at the perfect time for a new coach. Coach [Amundson] has definitely bettered the program, and will continue to grow with this young team. Coach [Amundson] expects a lot from us, and has taught us all how to be more well rounded players. She knows how to work with us, and push us to our limits.”

The 2016 California Collegiate Athletic Association Conference Coaches’ Poll has the Pioneers ranked eighth out of 11 teams, which has some of the key returners fired up.

“I expect this team to be great,” CSUEB junior catcher Ali Cerminara said. “We are all focused and ready to start a new season with the new coaches. The rankings came out and it’s lower than we wanted so we are looking forward to proving people wrong.”

“I am just looking to stay focused and do whatever the team needs so we can succeed,” Cerminara said. “I am hoping to improve in every aspect of the game to help out the team.”

The team success aspect has seemed to be the primary focus among players of the 2016 squad, who have youth on their side. Ten of the 21 players on this years’ team are freshman, nine seniors and two juniors, which give the squad a mix of youth and veterans.

“I think this year we expect to be the underdog, and to prove a lot of teams wrong,” Kornahrens said. “We have been working hard all fall and winter, and I believe it will pay off this season. Our ultimate goals for this season are to win a majority of our series’ and make it to the conference tournament.”

It’s been a long time since a CSUEB softball team made it to the postseason. The streak dates back to the NCAA Division III days, prior to 2009. Some of the seniors will look to break that streak, especially seniors Sierra Clark and Tatiana Beilstein, who were both major contributors on the mound last season.

The first step in the journey will be this weekend during the first games of the regular season. The Pioneers will go on the road to San Rafael to take on Dominican College in a doubleheader on Saturday at Penguin Field beginning at noon.