Men’s hoops lose back to back games 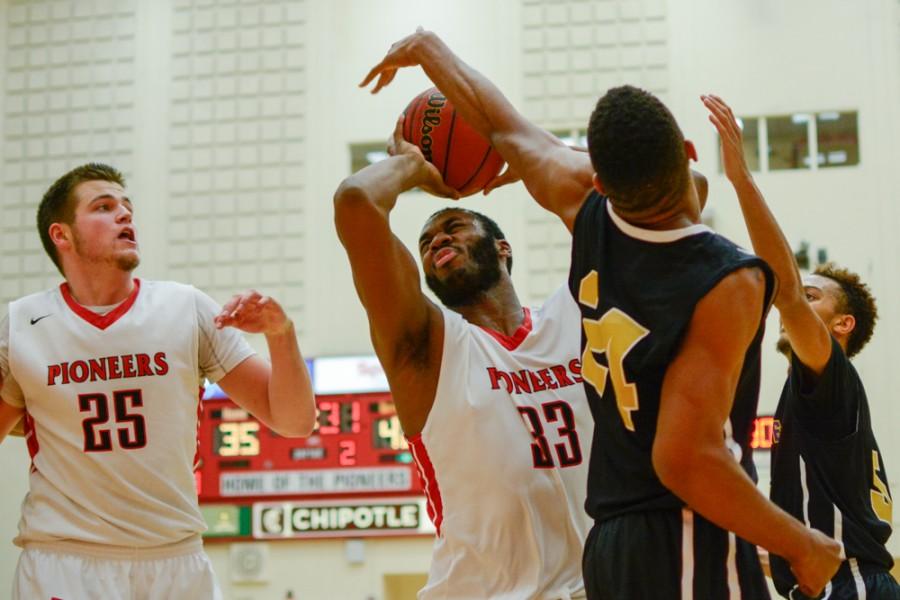 It’s been a tough couple of games for the Cal State East Bay men’s basketball team.

On New Year’s Day, they lost to conference rival San Francisco State 80-63 at home and then they had to travel to Southern California the next day to take on NCAA Division I Cal State Fullerton. The Titans dominated the Pioneers and finished with a 75-52 triumph over CSUEB.

The Pioneers are now 5-7 overall and 1-4 in California Collegiate Athletic Conference games just about halfway through the season. However, CSUEB only won six total games last season so this year has already been an improvement with just one win away from tying last year’s total. The Pioneers kept the game close with the Gators and were down by just seven points at the half. SFSU (7-4 overall, 1-4 conference) outscored CSUEB by ten points in the second half which secured the conference victory for the Gators.

“I believe that anytime you play a team that is a cross town rival it brings added passion and energy to the table,” CSUEB Gus Argenal said. “I thought we could have had even more urgency than we did in the game and that our lack of focus in such a big moment hurt us down the stretch.”

Despite the loss, CSUEB junior guard Jalen Richard torched the Gators and had a game-high of 21 points in 36 minutes. Sophomore forward and Del La Salle High School alum Patrick Marr chipped in with 11 points in just 16 minutes of playing time.

CSUEB then took their act on the road to Fullerton in their third game this season against a NCAA Division I opponent. The Pioneers weren’t able to pull off the upset against the Titans (7-6, 0-0), but Argenal believes games against Division I opponents are beneficial to his team.

“For me it is a great opportunity to see how players respond against top level competition in a game situation,” Argenal said. “No matter how much you practice, there is nothing like game experience especially against a quality team like CSU Fullerton. The CCAA has teams that are very comparable to Division I teams, so these games prepare us for what we will be facing in January and February.”

This time it was freshman guard from San Mateo Alex Manu who led the way for the Pioneers. Manu tallied a team-high 14 points in 29 minutes of playing time. However, the defense allowed the Titans to have four players score ten or more points, which was a huge factor in the loss.

The Pioneers will travel to Southern California for a two-game road trip today and tomorrow. Today they face Cal State San Marcos (6-5, 4-2) at 7:30 p.m. at Miracosta College Gymnasium and tomorrow they will take on Cal State Los Angeles (2-10, 1-4) at the Eagle’s Nest.