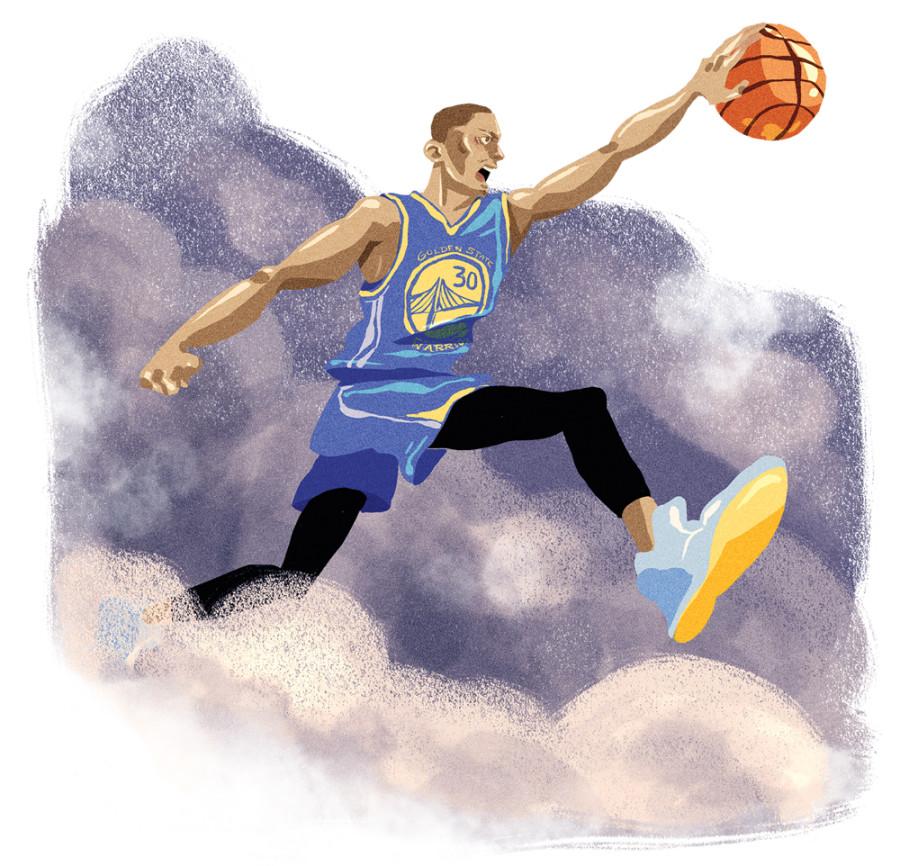 Last year ended perfect for the Golden State Warriors — with an NBA championship heaven for fans.

The perfection has carried over to this season and the Dubs find themselves with an unblemished 20-0 record so far this year, despite the hurdles.

Second-year Head Coach, Steve Kerr required offseason back surgery and has yet to officially coach the team during a game. Luke Walton, son of Hall of Famer Bill Walton, has been stellar in his absence and executed Kerr’s plans perfectly, literally at a 20-0 cop.

The NBA’s reigning Most Valuable Player, Stephen Curry, has been incredible, lighting up defenses for a league-high 32 points per game during the streak. The sixth-year pro has been dominant with the ball and has connected on a league-high 94 three-pointers this season. The next closest player is Toronto Raptors guard Kyle Lowry who has 52.

However, Curry hasn’t done it alone. Third-year forward from Michigan State Draymond Green is unquestionably the emotional leader on this team. His defense, ball-handling skills and high emotion have been crucial to the Warriors success and his willingness to do anything for a win clearly makes him the heart of the team.

On Saturday, Green became the first Golden State player to record back to back triple doubles since Wilt Chamberlain accomplished the feat in 1964. Green is the rare big man who can handle the ball like a guard and defend anybody on the floor. He is averaging 12.8 points, 8.1 rebounds and 7.1 assists per game so far this season.

The Warriors had a scare on Friday when starter Harrison Barnes rolled his ankle and left the contest against the Phoenix Suns. However, seventh-year pro Brandon Rush filled his shoes and tallied a sea- son-high 16 points in his first start of the season. Barnes does not have any structural damage and accord- ing to the team, he could miss anywhere from a few games to a few weeks.

Golden State has been so dominant this year that many of their starters haven’t even played late in games because of large leads. Curry has not played in a fourth quarter in four of their last five games, getting some much needed rest and allowing the young players to get valuable playing time to help them develop.

Starting center Andrew Bogut has also seen his minutes cut late in games when the team prefers to go with a small lineup that has proven successful and helped them win the championship last season. The small lineup allows them to switch players on defense and spread the floor on offense, two crucial keys to their success.

Veteran swingman Andre Iguodala is having a career-best shooting season and has given the team an advantage on the outside with his superior athleticism and shooting. Iguodala leads the league in three- point shooting percentage making nearly half of his long distance shots. Then there are the role players, guys like Shaun Livingston, Leandro Barbosa, Festus Ezeli and Mo Speights, who played limited minutes but seem to have just as much success as the starters. Golden State seems to have the perfect mix of star power and situational guys who have meshed at the ultimate level.

No matter who is on the floor, the Dubs have been successful and they will hope to continue that trend tonight on the road against the Charlotte Hornets who are 10-7 this year.

The longest winning streak in the NBA is 33 games by the Los Angeles Lakers and the best single season record came in 1996 by the Michael Jordan led Chicago Bulls at 72-10. If their success continues to snowball, those records will fall too.