Will the Warriors rise again? 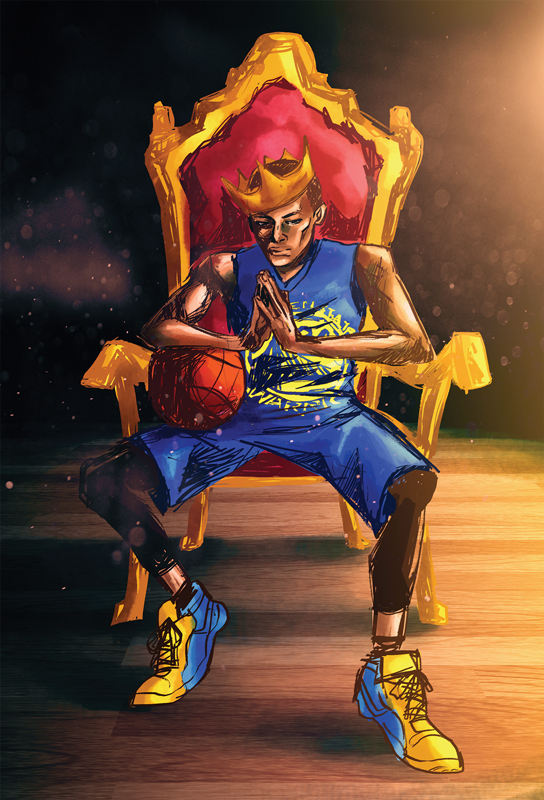 Last year ended a 40 year wait for an NBA championship in Oakland.

The Golden State Warriors, led by the league’s Most Valuable Player Stephen Curry, reached the top of the basketball world last season when they captured the team’s fourth championship in franchise history and first since 1975.

It was the run and gun fast-paced style that saw Curry shoot from anywhere at any time that led them to the title. However, some people forgot that it wasn’t just the innovative offense and small fast lineups that put the Warriors over the top, it was the defense that ranked first in the league at the end of the season.

Golden State has taken the “if it ain’t broke then don’t fix it” approach to this season. The only major roster move they made was releasing veteran forward David Lee, which cleared over $10 million in salary cap space. A draft pick and a free agent were added for depth, but the team is otherwise the same.

Critics claim that the lack of moves made by the champs in the offseason will lead to a struggle to repeat as champions. ESPN analyst Stephen A. Smith was one of the offseason critics who said, “The Warriors have basically done nothing this offseason. How can they repeat when everybody around them got better and they are the same?”

However, the organization feels like they have found the perfect recipe for success. The Warriors didn’t just win a championship, they broke offensive and defensive records along the way.

Curry, Klay Thompson, Draymond Green, Harrison Barnes and Andre Iguodala have meshed to form a core of players that will continue to be successful. Case in point, the Warriors are 8-0 already this season, with a 50-point victory over the Memphis Grizzlies and a win over conference rivals the Los Angeles Clippers. After they beat the Detroit Pistons on Monday, the Warriors became the first western conference team to start 8-0 and recorded the 23rd straight home win, also a franchise record.

The Warriors won 67 games last year and with all of the moves that other Western Conference teams made, they were expected to win less this season. However, a perfect start has begun to overshadow some of those moves and 70 plus wins seem possible for the Dubs. As good as they have looked so far, they might not lose at all.

The San Antonio Spurs added two all-star players, David West and LaMarcus Aldridge to go with their big four of Tim Duncan, Tony Parker, Kawhi Leonard and Manu Ginobili. Lebron James and the Cleveland Cavaliers, who the Warriors beat in the NBA Finals, were without two key players, Kevin Love and Kyrie Irving, who they will have back this season.

While other NBA teams made moves, Golden State didn’t need to. They have a group of players that have proven they can be successful over the long haul.
But it wouldn’t be the Warriors without some kind of drama. In addition to the lack of offseason moves, their second year Head Coach Steve Kerr is hurt. Usually the coach isn’t listed on the injury report but Kerr, being a former player, required back surgery this offseason. Luke Walton, assistant coach and son of Hall of Famer Bill Walton, has been the interim head coach for Kerr who has missed the first eight games.

Despite the hiccups, the team hasn’t missed a beat on the way to an unblemished early season record. Golden State has the perfect mix of young players and veterans, with a deadly backcourt who can hit a shot from anywhere on the floor. That, combined with arguably one of the best home advantages at Oracle Arena, nicknamed “Roar-acle,” has the Warriors on their way to back-to-back championships, a rare feat in the modern sports era.