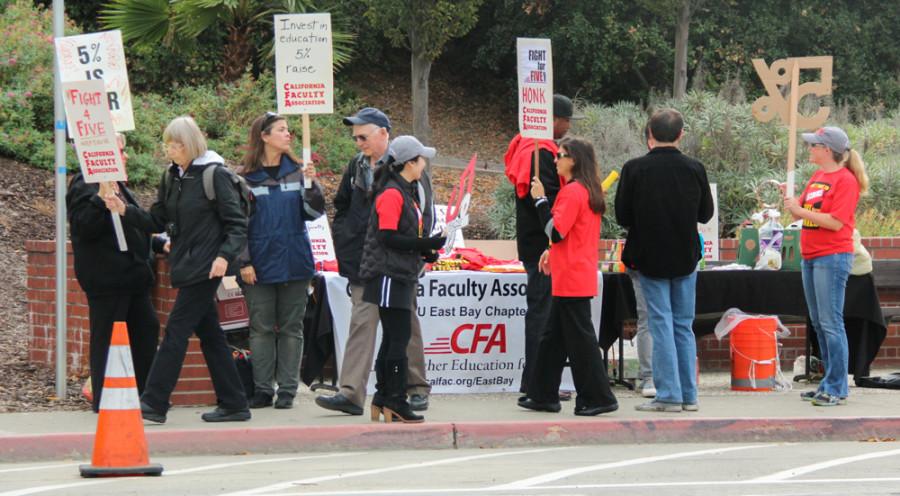 It’s official; CSU faculty and staff could go on strike.

“This fight is about the bread and butter issue of salary, but that’s not all,” Eagan explained, according to a press statement from the CFA. “The vision of what the CSU is, who it serves, and what it can be in the future is at stake.”

According to Eagan, the next step in the process is a march and rally at the CSU Chancellor’s Office in Long Beach on Nov. 17. According to the CFA press statement, Eagan as well as staff and faculty from all 23 CSU campuses will attend the march and rally. Ben Field, executive officer of the South Bay AFL-CIO Labor Council, spoke at the meeting yesterday on behalf of the CFA and will also attend the gathering on Nov. 17, according to the press statement.

The strike authorization-voting period ended at 6 p.m. on Oct. 28. The 23-campus CSU system has over 24,000 employees who could potentially be affected by the strike.