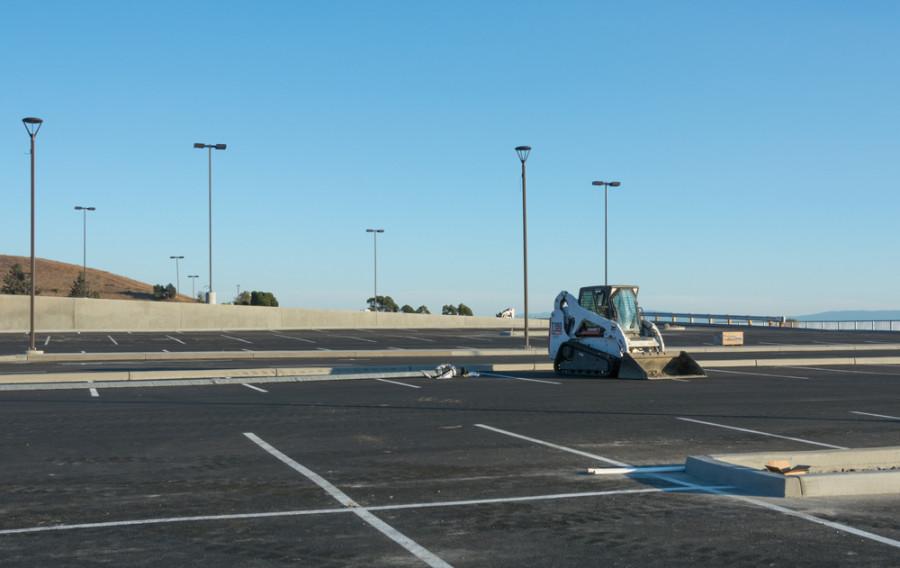 Campus construction will continue into the fall for Cal State East Bay.

New parking lots, which are being constructed where the old Warren Hall building and parking lots stood before its demolition in 2013, will be open for use today but not fully completed for a few months, according to Parking and Transportation Services Manager Derrick Lobo.

“The parking lots will be fully functional. Signs, landscaping and electronic car counter signs will be completed later,” said Lobo.

During the summer break there were several road closures and detours on West and East Loop Roads but it is unclear at publication if these would also occur once fall classes begin today.

Lobo suggested that students get to school early in order to allow time to find a parking spot, especially in the early stages of the quarter. Parking permits will not be required until Oct. 1 in general parking lots, according to CSUEB officials.

The two new parking lots will contain 830 total parking spaces for staff, faculty, students and visitors, whereas the old parking lots that were in use contained 505 total spots.

The new lots will have a net gain of 325 spaces according to Lobo, who also said lot A will be for students and lot B will be for faculty and staff.

There will be a road that connects the two lots and electronic signs at the entrances of both that tell drivers how many spots are available in each parking lot.

Lobo said that the parking lot project had an original budget of $3.7 million and the project cost would “be right around that number.”

On the Facilities Development and Operations website there is no mention of the parking lot project and it is unclear exactly how long it will take to complete, however Lobo said that it shouldn’t take more than a few months.

The building was originally set to open in June 2015. In a previous article, Keat Saw, director of Planning, Design and Construction at CSUEB, explained that the June date was an early estimate and the completion date was contractually set for late August.

Now September, the new building is still not open and there has been no announcement made by school officials of its opening date.

“All of my classes are in the PE Building,” Kinesiology major Jack Fuller said. “It would have been cool to park right across the street. I guess I’ll have to wait.”