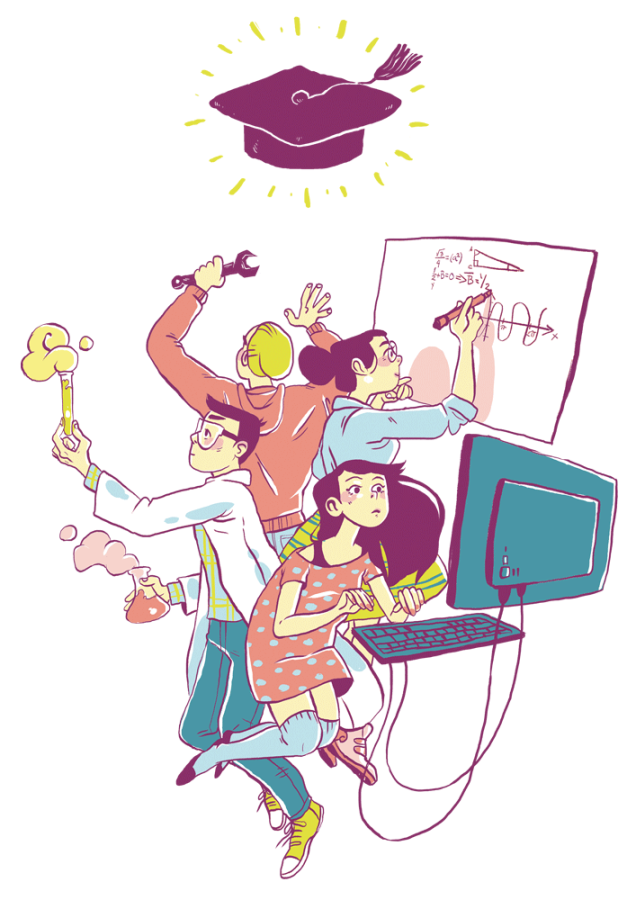 On June 18 the magazine “Diverse: Issues in Higher Education” in association with The U.S. Department of Education compiled rankings of the “Top Producers of Minority STEM Graduates” and “Top Producers of Asian American Graduates” by major and degree from reports of data submitted by institutions.

According to their findings, Cal State East Bay ranked No. 4 in the country for their total number of minority students that that earned a master’s degree in mathematics and statistics. With a total of 27 minority students, CSUEB trailed just behind Ivy League Columbia University, Polytechnic Institute of New York University and Long Beach State who finished first through third respectively in the category.

In fall of 2014 there were 15,448 students at CSUEB and 12,420 of those students were minorities resulting in 77 percent of the student population identifying as an ethnicity other than white. The overall graduation rates for minorities at CSUEB shows that white students graduate at a rate of nearly double that of minorities, so the rankings in these two specific fields go against the traditional numbers.

According to the Office of Institutional Research, Analysis and Decision Support at CSUEB, Business Administration was the top undergraduate and graduate major at the school in 2013-2014, which had nearly 1,000 of the school’s 15,448 students in their program.

Asian American students at CSUEB also ranked 36th in the country for graduates with a master’s degree in education and 47th for obtaining a Bachelor of Arts degree in social sciences.

“This school has helped me tremendously with my degree,” Business major and Filipino American student Alvin Corderas said. “There are tons of services and things to help students like me who English is not their first language.”

The results were encouraging since according to the Office of University Diversity white students graduate at a rate of 46 percent over six years, which is nearly double the graduation rate for minorities over that same period of time.