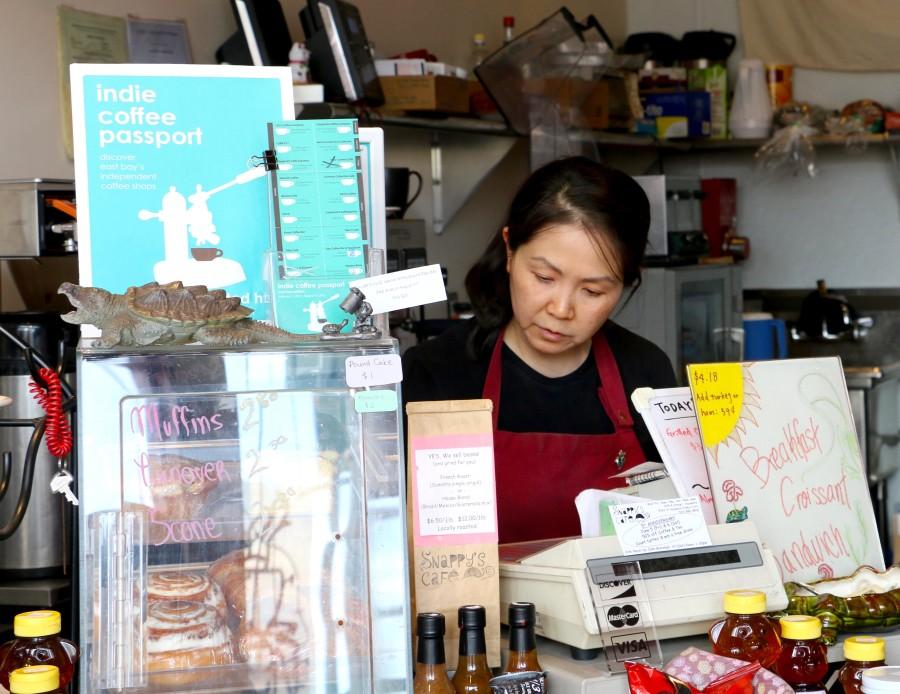 Tap into your inner coffee connoisseur and let your cup runneth over with coffee from local mom and pop cafés. Indie Coffee Passport now has an East Bay edition that hopes to turn you into the authority on coffee shop culture in the East Bay.

“The idea is to explore the East Bay and really get a feel for the different neighborhoods,” said Marc Callado, East Bay ICP creator and founder of blog turned movement, Shift Local.

The Indie Coffee Passport brand was founded by Richard, a professor at Canadian University and Adrienne, a startup lawyer at Innovate LLP in Toronto. The passport is valid for seven months from the start date.

According the ICP website, their hope is that “once you discover some new cafés with the Passport, you’ll spend the rest of the year returning to the ones you love.” For $25, the passport allows participants to receive one free beverage from a menu showcasing up to six beverages on a special Indie Coffee Passport menu at each shop. There are 22 participating shops throughout the East Bay.

Each time a person redeems a free beverage from one of the cafés, a percentage goes to the coffee shop to offset the cost of the free cup of coffee. Hayward shops include Snappy’s Café, Hippie Brew and Eco Coffee Bar all of which are located in the city’s downtown area. “What I find so cool about it is that they understand that they’re [local coffee shops] not in competition with each other,” said Callado.

Snappy’s Café owner, April Yamaguchi, wanted to participate in the Indie Coffee Passport to connect with and learn from other coffee shops. As she enters her fifth year of business, Yamaguchi says that it isn’t about competition and she likes to work with other shops rather than against them.

“I actually send people to Eco and Hippies when we cannot fulfill their needs,” said Yamaguchi, in regards to large meeting spaces and other food choices. “On Sundays, when Snappy’s is closed, I would rather see my customers go there than to the corporate shops. More power to indies!”

Part of the appeal of local shops is the ability to offer community-based experiences. From the menu to events, there’s an intimacy that comes with neighborhood cafés that you may not get at one of the corporate chain coffee shops like Starbucks, Peet’s Coffee or The Coffee Bean.

“It is difficult for many small businesses to survive in the environment where convenience and lower prices are emphasized,” said Yamaguchi. She doesn’t hate Starbucks and congratulates them for all they’ve been able to add to the coffee-drinking culture. “My hope is there remains a balance between the big guys and the little ones,” said Yamaguchi.

The celebration of local businesses is what set the Shift Local movement in motion. Created in late 2012, teen lovebirds Marc and Mari decided to start a blog to promote their lifestyle and celebration of Bay Area culture.

The small website has now evolved into a movement that hopes to encourage and support independent businesses and artists in the Bay Area. “The Bay Area represents diversity and forward thinking individuals,” said Callado about his love for the area.

Through the message that “buying local is hella fun” Marc and now fiancé’ Mari have created several collaborative marketing and social media campaigns throughout the years and as a result were nominated for the Ripple Effect Oakland Indie Award.

According to the Oakland Indie Awards website, this award is for “a business that supports the local economy by buying supplies and services from other local vendors, creating a “ripple effect” as money circulates within the community.” Callado has attended the Indie Awards for the last two years and last year he was a judge.

“This year, to be one of the nominees, it’s definitely a different experience. I’m super excited to attend the nominees party mixer,” said Callado. “The nominees mixer just allows me to engage and connect with other nominees and past nominees of the Indie Awards.”

Shift Local creates events that feed back into the community. The first of these events was their cash mob, similar to a flash mob. Instead of arriving at a location and breaking out into a synchronized dance, members of the community are given a specific date and time and asked to show up with $20 and storm a local business to give it an economic boost.

Recent Shift Local initiatives, including the Indie Coffee Passport, include Ideal Date Night and Pic Oakland. Both of which began as contests that Callado hopes to transform into events that runs continuously throughout the year.

Pic Oakland started as a three-week photo contest. Now, the top 10 winners get their photos professionally printed and framed to be showcased as an exhibition in Oakland that rotate at five different art galleries over the course of two months.

“They don’t have to feel like they have to a professional photographer to get their photos inside of a gallery,” said Callado. “You have this opportunity through Pic Oakland.”

The Indie Coffee Passport started in February and will run through the end of August. See the map below for participating locations.