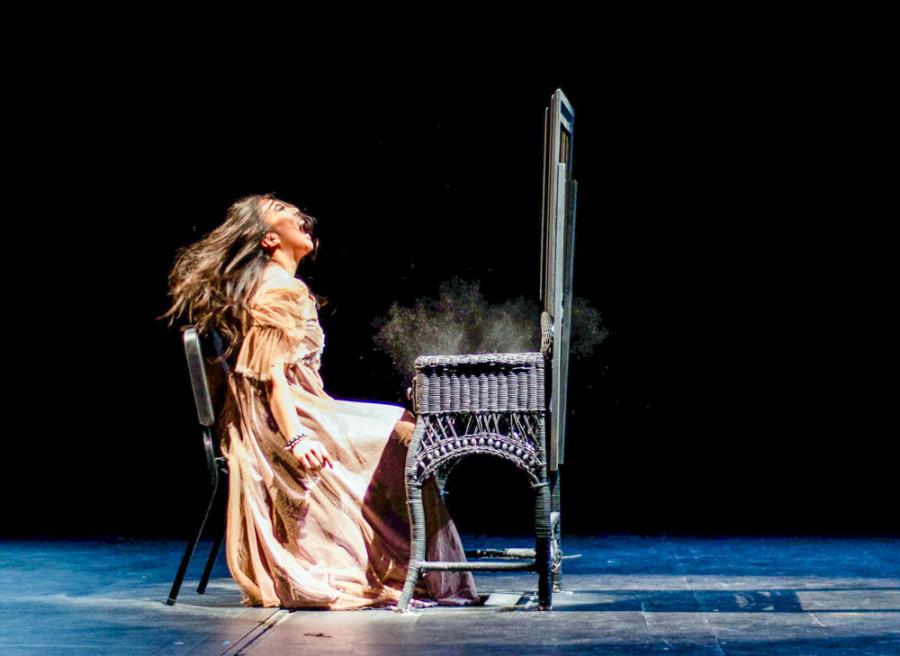 It was a night out of a dark fairy tale filled with twisted dreams, vampires, and spirits.

This years rendition, “The Night Walker” mixed a story of a Prince Felipe who discovers his family secrets through the use of folklore, and traditional and modern dances of the Filipino community as supplements to the play written by PASA member Darlene Megino.

“With every culture, there are myths that are known, but the origin of those stories remain unknown. The script I wrote for this play was my take on the different stories of Filipino folklore that I grew up hearing as a child,” Megino said.

The play contained old myths such as the vampire like witch ghoul known as an Aswang, and the White Lady who haunts the palace. Since the start of spring quarter, PASA members held acting rehearsals, edited the play and stories, and spent hours in the Theatre Workshop putting together the backdrops and decorations for the show.

The show consisted of numerous aspects that combine music from an instrumental band, cultural dances between the acts, and acting. One of the dances had the dancers dressed in white shirts and colored scarves, with dynamic jumps around benches that they stacked higher as the dance progresses. Some of the play’s actors had to do numerous quick changes between scenes due to them also performing in the dances for the show.

This year’s show contained 11 dances that were rooted in Filipino historic dance styles of Muslim, Spanish, Barrio, Mountain, and also had two modern hip-hop dances choreographed by nine of PASA’s members. Each participant of the modern dances had to also participate in at least two traditional dances for the show. Some dancers went above that requirement, specifically member Andrew Bolario who performed 10 dances including the girl’s hip-hop.

“I just wanted to dance. Just dancing with my family and sharing the stage with everyone who participated to have the best college experience that anyone can ask for,” said Bolario.

Throughout the play, audience members shouted and cheered names of performers during their dances. Theatre seats were filled with cast and crew’s family members, CSUEB students, PASA alumni, and members from Akbayan, the Pilipino American organization of San Jose State University.

“We were originally there to support our friends, and wanted to see what the show was about,” said Akbayan member Christian Villanueva.

Villanueva was an actor and dance performer of SJSU’s 27th PCN production earlier this year.

East Bay and San Jose State have attended each other’s shows for the last few years according to the current president of PASA Megan Pineda. She explained that CSUEB, SJSU, and San Francisco State have an alliance that support each other throughout the year, which they dubbed the ‘tri-force’ due to their locations in the three corners of the Bay.

“We attend each others shows every year because of the tri-force. SJ and East Bay has always supported each other,” Pineda said.

Each university hosts their own PCN night every year, with a different story but they always contain similar dance styles of the Filipino community. Pineda hopes that next year more students become involved and see the performances.

“[Students] should come experience a show that enable them to have a taste of the Filipino culture as well as be able to have fun and see a storyline” said Pineda. “All the different aspects intertwine and create a great production, all done by students here at East Bay.”