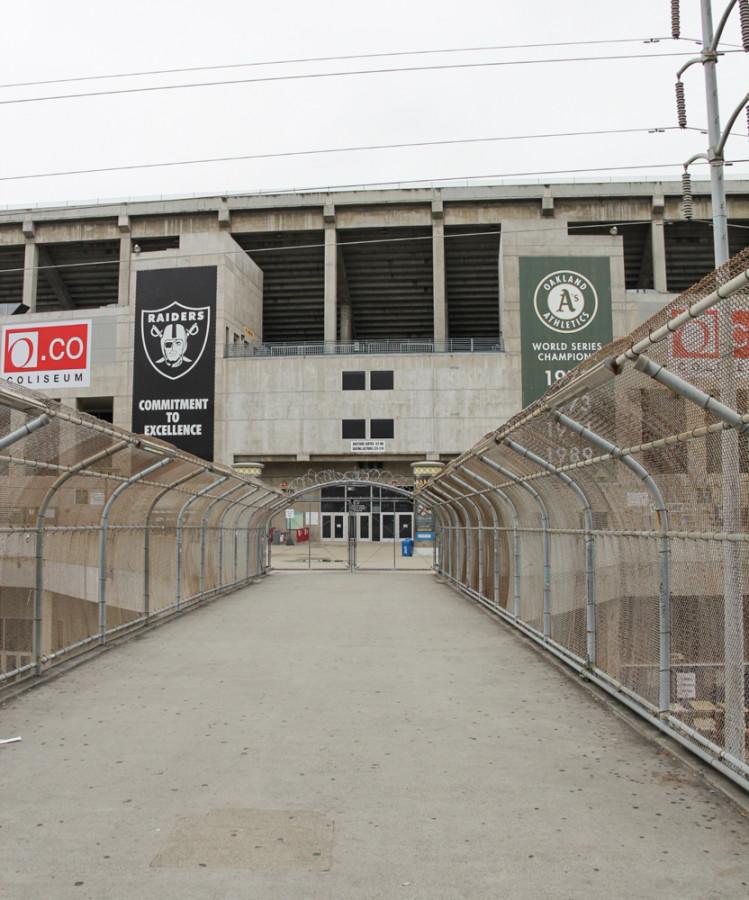 On May 19 the Oakland Raiders, in partnership with the San Diego Chargers, agreed to purchase nearly 160 acres of land in Carson. The Raiders and the Chargers are trying to acquire new stadiums in their current homes, but they are pursuing the Carson proposal if a deal does not present itself.

The announcement came just two days before the NFL owners meetings held at the Ritz Carlton Hotel in San Francisco last week. All three of the teams seeking potential relocation to Southern California, including the St. Louis Rams, gave updates on their current stadium situations at the owners meetings on Wednesday. The land deal is contingent upon the two teams purchasing the land together in order to build a joint stadium for the two California franchises in Carson.

The Raiders were the only team out of the three that still had not produced a financial blueprint for a new stadium in its current city, which led NFL Commissioner Roger Goodell to say that the city needs to create a proposal about how they are going to keep the Raiders in Oakland at a press conference in San Francisco last Wednesday.

Raiders owner Mark Davis is confident that the team can stay in Oakland if a stadium can be built.
“If we can get something done in Oakland, we’re staying in Oakland,” Davis said at a press conference with the media last Wednesday.

According to Davis the team and the league are willing to contribute $500 million which would leave another $500 million to be covered by the city and Alameda County. This is something that voters are unlikely to approve considering that taxpayers in Oakland and Alameda County are still responsible for over $100 million that went to renovations to Oakland Coliseum when the Raiders returned to the Bay Area from Los Angeles in 1995.

In a press conference last week new Oakland Mayor Libby Schaaf said the city, “intends to keep all of the cities sports teams.” However Mayor Schaaf also said that the city couldn’t afford to help fund a new stadium.

Fans protested at the steps of the hotel in San Francisco where the meetings were held last Wednesday in order to bring some attention to the issue.

“I have been a season ticket holder for over 20 years, even before they moved,” John Garcia said. “I do my part financially to help the team and so does everybody I know. This sucks and if they move the backlash will be huge.”

City officials are hopeful that an investor will come forward in order to help fund a stadium and keep the team in Oakland. However the NFL and Goodell are looking to put some pressure on the city to get a stadium proposal done.

The NFL originally set January 2016 as the final month for teams to apply for relocation in the upcoming season. However, on Wednesday Goodell said that he was considering moving that date up to later this year since there are multiple teams interested in relocating to the same area in California.

Oakland and Alameda County hired San Diego businessman Floyd Kephart to produce financing for a new Oakland stadium as well as additional money to redevelop the surrounding East Oakland area. According to city officials Kephart said he is on track to meet the June 21 deadline set by the league, which requires a preliminary financing plan and information about all of the investors that are involved.

The city, county and league are hopeful that the Raiders will stay in Oakland but the team will continue to pursue its stadium options in Carson now that a conditional parcel acquisition agreement has been reached.