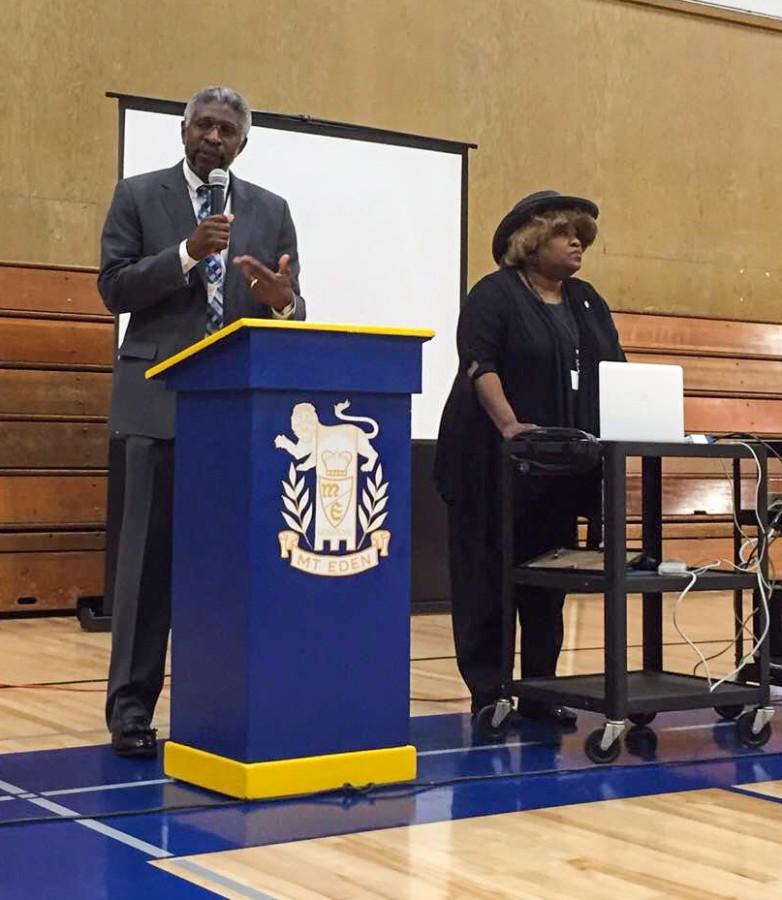 In response to national news involving police brutality, the City of Hayward partnered with the National Association for the Advancement of Colored People, NAACP, Hayward-South Alameda chapter held the Action Readiness Summit last Saturday to build connections between Bay Area officers and members in the community.

“Law enforcement agencies draw their strength from the communities they serve,” said Hayward Police Chief Diane Urban, in a press release about the event. “For us to be effective, we need the community to feel that we are united in pursuit of a common goal. Now is the time for us to be having these discussions; not in the wake of tragedy.”

Throughout the event, attendees were able to talk and mingle with different law agencies to discuss police-community relations. During lunch, attendees and officers shared tables and meals. After lunch, the Action Readiness Summit featured three “breakouts” or demonstrations.

Breakout three featured two different films of officers misbehaving, after each film Boykins asked the questions, “What would you want officers to differently?” with Hayward’s Chief of Police Diane Urban present for the discussion.

The question lead into a role-play where officers pretended to encounter belligerent youth and the audience had to respond with how the youth and officers should interact in certain scenarios.

“My daughter is college age and I say ‘honey, how come if there is an incident and there are a group of people who saw it they won’t call the cops?’ and she said ‘We are more afraid of the cops than we are the crooks’ That’s a horrible indictment and so I want to know what we can do to change that,” said Boykins. She added that her goal would be for Hayward officers to be able to walk the streets and be greeted with the welcome she receives from CSUEB students.

While this isn’t the first time Hayward has had a community event that encouraged mixing of law enforcement and residents, it is one of first that is a timely response to national events like Ferguson and Baltimore.

“This was in the works long before a lot of the unrest that has gone on in this country,” said Urban. “This is just our opportunity to move it forward and celebrate the great relationships that we have here in Alameda County.”

While the event didn’t have a large turnout, which could be attributed to the multiple events that happened last weekend, it didn’t stop those who did attend from enjoying it.

“Yesterday I attended the summit in the afternoon due to having to work. It was very [enlightening] to see thing from different perspectives,” said Eleanor Galindo, in response to the Action Readiness video on Facebook. “I wish more people would have attended. In order to change we all need to get involved.”