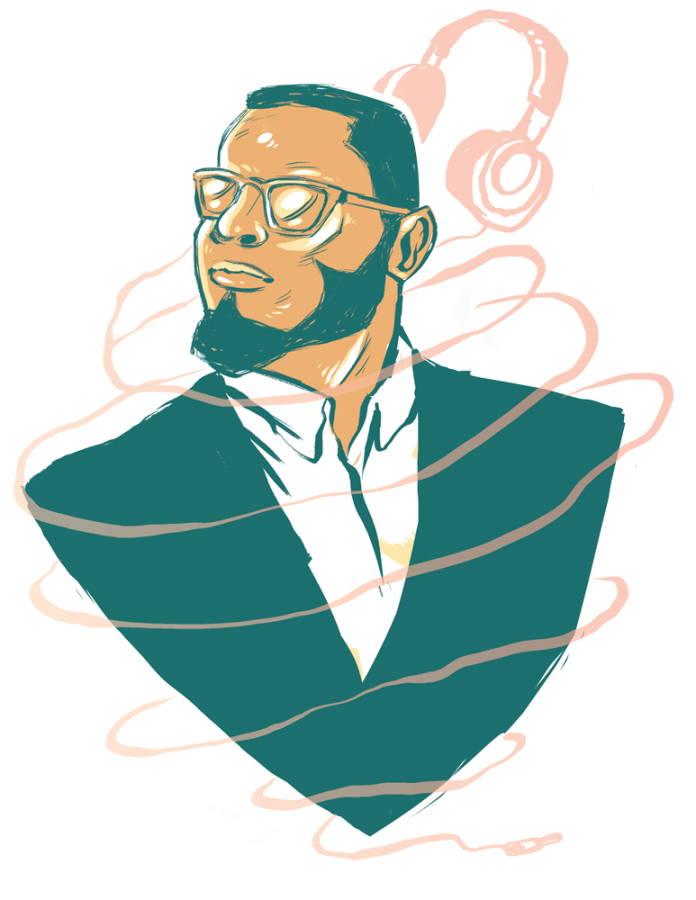 Spring Mayhem is an outdoor festival open to students, faculty, staff and members of the community. In previous years, the event was called SpringFest, and was mainly an outdoor concert.

Viewed as more of a hip hop concert, previous Executive Director of ASI Randy Saffold, decided to change the theme of the event according to ASI Program Coordinator Marc Cochran.

“We were trying to come up with a name and a theme for something that wasn’t just a concert. We wanted to make it more interactive,” said Cochran. “Mayhem embodied what we were trying to do which was provide a community experience.”

In only its second year, Cochran hopes Spring Mayhem will continue to fuse both community and campus together. “We’re building on that first year’s success and energy,” said Cochran.

To start, ASI has brought in larger artists including rhythm and blues artist, T-Pain. Known for his use of auto-tune and hits like “I’m Sprung,” “Buy U A Drank” and more recently, “Up Down.” T-Pain, whose stage name is short for Tallahassee Pain, was chosen in hopes of bringing high energy to the already abundant lineup.

Next on the bill is Bay Area R&B artist Kehlani. With an early start as a dancer at the Oakland School for the Arts, a knee injury left her unable to continue dancing. After this, the 19-year-old transferred to vocal training. Her recent single, “You Should Be Here” is a smooth melodic tune with enough of a subtle beat to provide a summer groove.

“We asked the students,” said Cochran. “We did a survey with students within ASI and outside of ASI asking what artists they like and that’s basically what we got.”

ASI is recognized on campus as the organization that hosts most of the concert events. However, the amount of events put on each year has taken a decline. Comparing the last academic year to this one, Spring Mayhem will be one of few events ASI has put on this year.

“We didn’t have the budget for multiple concerts this year,” said Cochran. “We did comedy this year and we collaborated with Al Fresco.” Cochran went on to explain that they planned smaller events throughout the year in order bring the acts students wanted to see for Spring Mayhem.

While ASI chose not to disclose the amount of money put into this event, according to the Concert Ideas website, T-Pain’s traditional going rate is $40,000. The rest of the artists in the lineup range between $5,000 and $20,000. Larger acts draw larger crowds and require more security.

Cochran says they’ve doubled security and police officers for this event to ensure that it stays fun and safe for the students and communitySet to begin at 2 p.m., the event will take place on Meiklejohn Lawn with activities that will reach from the Meiklejohn Hall building and spread to the Recreation and Wellness Center and out towards Agora Lawn.

ASI Special Events Supervisor Sydni Flemmer says there will be attractions for the entire family. “We’ve got a mechanical bull, a 4-person trampoline, and zorbs,” said Flemmer. There will also be air racers, henna artists, temporary tattoo artists, carnival games and lots of giveaways including $10 food truck vouchers for the first 500 East Bay students East Bay.

Students will need to have their Bay Card present at check-in to receive the voucher. Swiping the Bay Card will keep track of which student received the voucher as well as how many students attended the event.

Opening the show will be Oakland non-profit dance troupe, Culture Shock. DJ Quam, also a Bay Area native, will be in the mix on the ones and twos, as the master of ceremonies for the event.

After the concert, there will be a 30-minute dance session to allow students to mingle and hang out beforeleaving to go home.

Flemmer added that this year there will also be extra porta potties and trash cans as that was a concern in the during last year’s event.