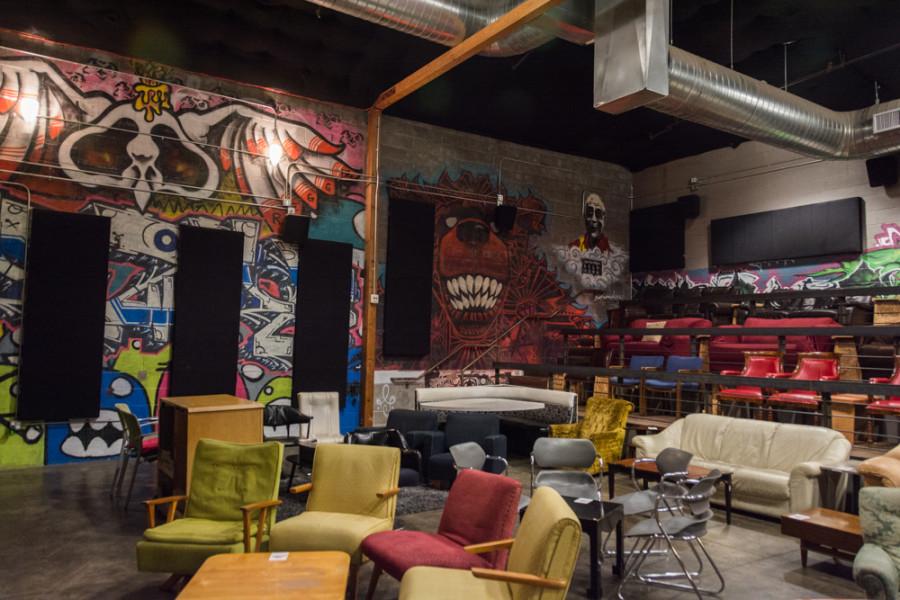 Oakland’s Parkway Speakeasy Theater provided a unique experience for moviegoers for 13 years before they closed their doors for the final time in December 2009 on Park Street in East Oakland.

The new version is The New Parkway Theater located in the Uptown District on 24th Street, but has stayed true to its roots by not just playing new releases but also older movies some that date back decades, documentaries, and live events with couches, recliners, and a bistro style café.

According to Freddie Francis the assistant manager in charge of outreach and communication, there was a huge outreach by former patrons online and via social media who wanted the theater to reopen.

“There was a group of people, mainly from the community that really were vocal about their wanting the theater back,” Francis said.

The outreach and support led to a group of 50 plus independent investors along with a campaign started on the Kickstarter funding website that raised more than $50,000 to re-launch the original concept as The New Parkway Theater.

“In 2009 when it closed it was really sad, the community really was devastated. They had a lot of support,” Francis said.

The original Parkway Speakeasy Theater was located between 18th Street and 4th Avenue in East Oakland and did include some of the unique seating features like couches.

“The old place didn’t have the food that we have, they kept it simple and traditional,” Francis said. “Our café and the couches are definitely big draws.”

The café provides more than popcorn and candy, they have seasonal items like coconut soup and tandoori chicken. The café also serves beer and wine that are all sourced from breweries and wineries from within 200 miles of the theater.

“The beer is my favorite, they have all my favorite IPAs,” Adam Sagner, an Oakland resident and frequent visitor said outside of the theater. “I love that I can lay on the couch, drink some brew, and watch all types of flicks. It’s different from doing it at home, I feel like I’m doing something.”

This is one of the few theaters that offer alcoholic beverages to patrons. The AMC 16 in Emeryville and the Brenden Concord 14 also offer moviegoers beer, wine, and cocktails. Francis said the theater did not have a problem obtaining an alcohol permit.

Just a few weeks ago the theater played Selma, SpongeBob 2, and Wayne’s World on a Friday evening. The viewing choices are just as eclectic as the food and drinks the café provide.

The theater shows more than just movies. They often have open mic night and discussions with artists and filmmakers. The theater can also be rented out for private and corporate events.

Today the theater will show the Golden State Warriors playoff game against the New Orleans Pelicans at 6:30 p.m. followed by Kingsman: The Secret Service at 9:10 p.m. and Aliens at 9:30 p.m.