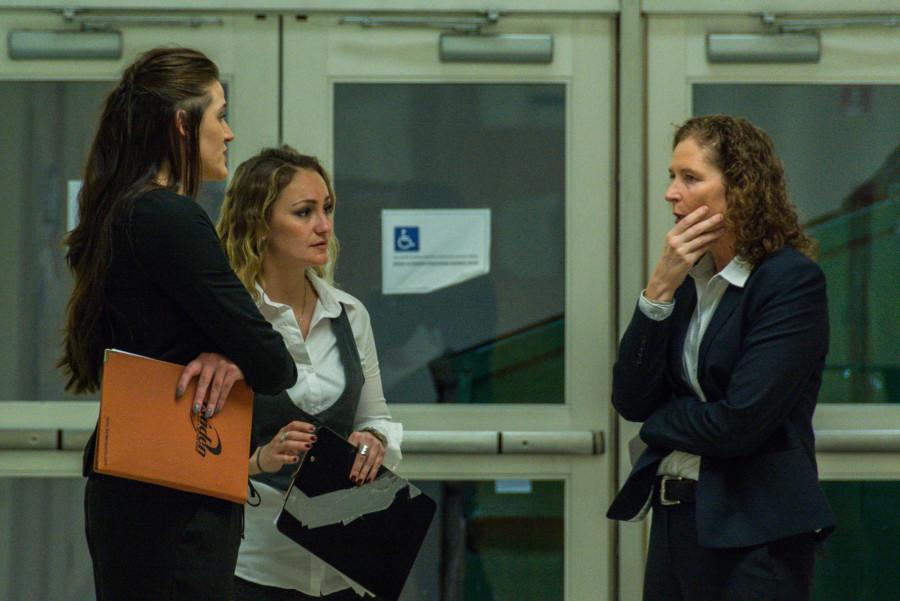 The Cal State East Bay women’s basketball team went 1-1 on their Southern California road trip over the weekend as they defeated Cal State Los Angeles 66-53 on Friday and lost to Cal State Dominguez Hills on Saturday 75-63 in front of rowdy home crowd.

CSUEB is now 15-9 overall and 10-8 in California Collegiate Athletic Association conference games. The victory over CSULA was a milestone for Pioneers Head Coach Suzy Barcomb who recorded her 300th victory as a coach.

“I have been blessed to coach some amazing young women at Puget Sound, and now here at East Bay,” Barcomb said after the game. “I have had wonderful assistant coaches and I would not be here without all of them.”

Barcomb referred to her time at the University of Puget Sound in Tacoma Washington where she was the head coach for 12 seasons from 1998 to 2010 and amassed a record of 237-87 before she came to CSUEB in 2010. The Pioneers controlled the action against the Eagles (9-13 overall, 8-13 conference) the entire game and took a 27-22 lead into the half. CSUEB junior forward Tori Breshers led the way for the Pioneers as she tallied eight points, four rebounds, and a block in the first half. Junior guard Shannon Bland chipped in five points and two assists in 16 minutes on the floor.

“Being able to get that win and get that confidence down the home stretch as far as conference play goes is huge,” CSUEB assistant coach Kelsie Kruger said in an interview.

CSUEB continued to dominate in the second half and outscored CSULA by eight points to secure the victory 66-53. Breshers finished with a game-high 21 points and added in five rebounds and four blocks in 32 minutes of playing time.

Senior guard Stephanie Lopez also played well for the Pioneers as she accumulated 16 points, shot 50 percent from the field, and connected on three of her four three-point attempts. Lopez also had four rebounds, three steals, and two assists in the victory for CSUEB.

The Pioneers managed to put together a complete game in the victory and only trailed once in the entire game when the Eagles had a 2-0 lead just under a minute into the game. CSUEB never trailed after they took the lead on a free throw made by Breshers with 18:55 left in the first half.

The loss to Cal State Dominguez Hills on Saturday was completely different than the win the day before as the Pioneers saw themselves down by 14 points at halftime to the Toros. Despite playing much better in the second half and outscoring CSUDH by two points, the Pioneers still fell to the home team 75-63.
“One of the things we have been talking about all season is playing 40 minutes completely and that’s something we struggle with,” CSUEB senior guard Micah Walker said. Lopez scored a game-high 27 points and Breshers added in 14 points and seven rebounds in the loss for the Pioneers.

It took overtime, but the Cal State East Bay men’s basketball team recorded their first road victory of the season on Saturday 62-58 in Carson over Cal State University Dominguez Hills.

The Pioneers improved to 6-18 overall and 4-14 in California Collegiate Athletic Association play with just four regular season games left this season. The Toros are also 6-18 overall but just 2-16 in CCAA conference games. It was a close game the entire time and CSUEB found themselves down by just two points at the halftime break, 26-24.

Pioneer freshman forward, Patrick Marr, led all scorers in the half with seven points after he made three of his seven shots in 20 minutes on the floor. CSUEB senior guards Nick Grieves and Cody Kale both scored six points and pulled two rebounds in the first half. Grieves had missed a handful of games due to a lower body injury going into the game.

“It just felt good to be finally back playing with my teammates,” Grieves said. “We’re really short handed right now and I knew I had to come back as soon as possible.”

CSUDH sophomore forward Justin Sadler led the way for the Toros in the half as he accumulated six points and five rebounds in 17 minutes on the floor.
With 3:21 left in the game CSUDH junior guard Ivan Dooley connected on two free throw shots to tie the contest at 47-47. On the next possession CSUEB senior guard Jacari Whitfield missed a layup and Marr collected the rebound and made a layup to take the lead 49-47 with 3:04 left in the game.

“Patrick Marr rebounded and battled inside all night,” CSUEB Head Coach Gus Argenal said. “But Jacari stepped up, as he has all year in close game situations.”

With 1:45 left in the game CSUEB sophomore center Kyle Frakes fouled Toros junior guard Shaquille Hunter who nailed two free throws to tie the game at 49 and send it to overtime. Kale was fouled 30 seconds into the overtime period and made both of his free throw attempts to give the Pioneers the lead for good over the Toros.

“This was a program win led by our seniors,” Argenal said. “We had several different players step up tonight when we needed them most.”
Whitfield led the way for the Pioneers as he amassed game highs in points with 17 and assists with seven. Marr finished with a career-high 11 rebounds and added in 11 points in 44 minutes on the court. Grieves and Kale combined for 22 points and ten rebounds in the victory for the Pioneers basketball team.

Next up for CSUEB is another CCAA conference game at Pioneer Gymnasium in Hayward at 7:30 p.m. tomorrow against Cal State San Bernardino. The Coyotes are 11-10 overall and 11-7 in CCAA play. 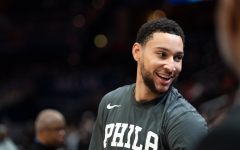 Why The Warriors Shouldn’t Trade for Ben Simmons 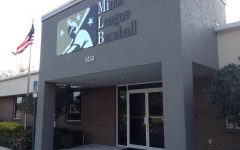 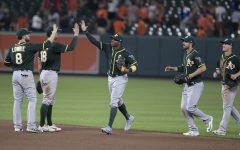 “Rooted in Oakland” since 1968 and into the future 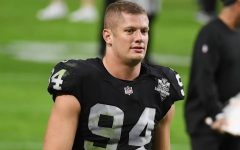 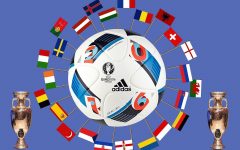 East Bay Soccer Ready for Euros and Their Season