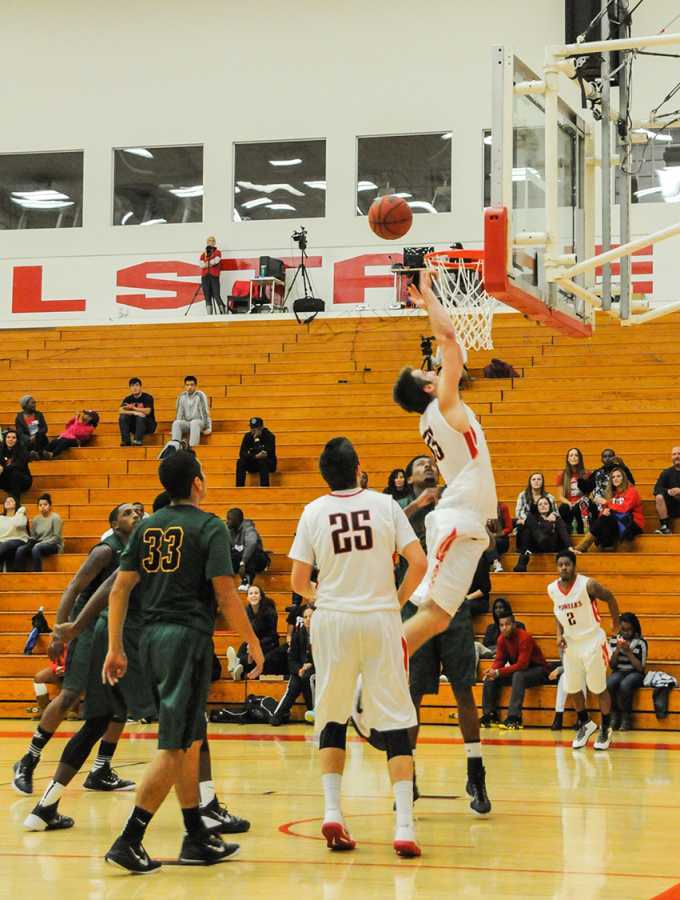 With 7:55 remaining in the contest Otters junior guard Daye Turner nailed a free throw giving CSUMB a six-point advantage 61-55. CSUEB’s all-time leader in three-point field goals, Jacari Whitfield, added to his record connecting from deep on the Pioneers next position cutting the deficit in half.

“Jacari put us on his back and refused to let us break,” CSUEB Head Coach Gus Argenal said. “This was our best 40 minutes of basketball so far.”

Following a made free throw by the Otters, CSUEB senior guard Nick Grieves connected on a layup making the score 62-60. On the next CSUEB possession, senior forward Jarred Jourdan made a layup tying the game at 62 with 6:16 remaining.

The Pioneers made a tough defensive stand on the Otters next possession and the next time down the court Whitfield drained a shot from deep putting CSUEB up by three and for good.

CSUEB was able to maintain their lead and close out the Otters 77-74. The Pioneers will now have to go on the road for the rematch taking on CSUMB at 3 p.m. on Saturday Dec. 20 at the Otter Sports Center in Seaside.