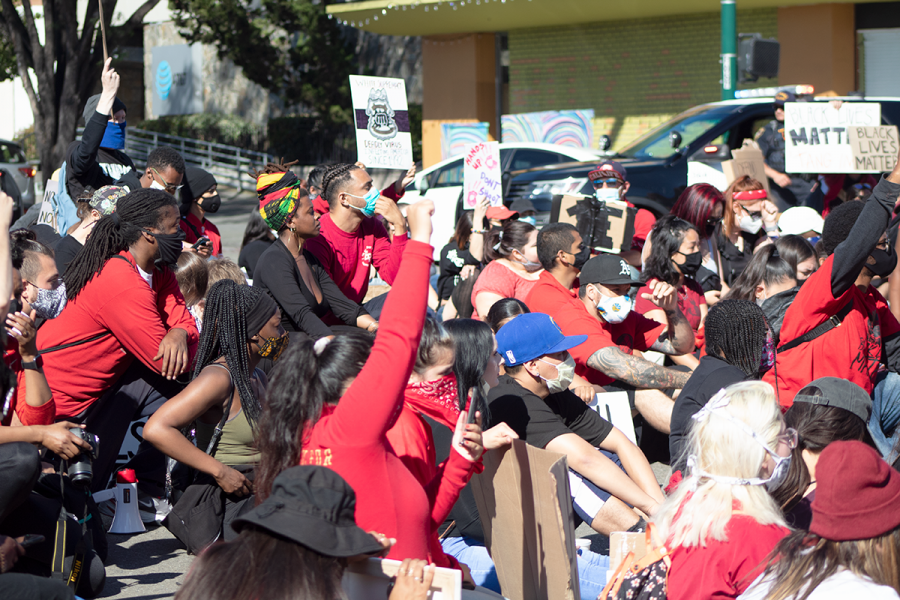 By Ethan Alonzo , EDITOR-IN-CHIEF
A sea of red shirts and signs flooded the streets of Downtown Hayward on June 13, 2020. The names of George Floyd and Breonna Taylor and the words “No Justice No Peace” rang in the afternoon air as the march made it’s way to Hayward City Hall. From shutting down a major intersection to pay an eight-minute and 43-second silent tribute for George Floyd to blasting Kendrick Lamar’s hit song Alright on speakers, the peaceful protest organized by California State University, East Bay students was just one of many protests in Hayward fighting police brutality.