CSUEB claims safety from COVID-19 yet prepares for campus closure 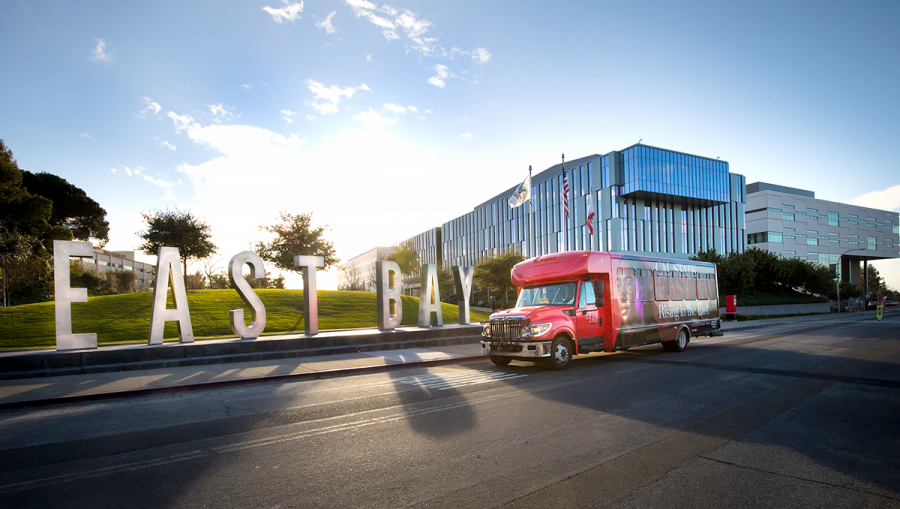 By Ethan Alonzo, EDITOR-IN-CHIEF
At the time of writing this, the first Bay Area COVID-19 has been confirmed in Santa Clara.
Streets littered with surgical masks. Stores are limiting the amount of bottled water and toilet paper a household can purchase. Racism running as rampant as the disease itself. Countries with high numbers of cases are barring flights in and out to avoid the further spread of COVID-19.
Since COVID-19, or commonly known as the coronavirus from Wuhan, China, has reached the Bay Area, droves of residents have entered doomsday preparation mode. It has come to a point where campuses like Stanford University, San Francisco State University, and the University of California, Berkeley have closed.
As schools and universities alike are closing down for the safety of their students, the question that is on the minds of California State University, East Bay students and faculty is: will CSUEB close the campus?
Students have been seen on campus wearing surgical masks and conversations regarding campus closure are slowly becoming the norm at CSUEB. Memes have been populating Twitter timelines from CSUEB students regarding how colleges in the vicinity are closed yet their campus stays open.
After being asked about CSUEB’s plans to handle COVID-19, Debbie Chaw, Vice President, Administration, and Finance/CFO at CSUEB said plans were underway.
“There is planning underway in case we [CSUEB] have to switch to online teaching,” Chaw said. “There is no confirmed case of the coronavirus on any of the CSUEB campuses, but we are preparing for Scenario 4.”
On March 7th, the California Department of Public Health released a document to Institutions of Higher Education, such as CSUEB. In the document, there are various scenarios that increase in the severity of actions as the number of students and faculty with COVID-19 increases.
The scenario, scenario 4, that CSUEB is preparing for is what other college campuses are doing, closing campuses. In the guide released by the California Department of Public Health, when more than five students, faculty, or staff contract COVID-19, then they have the means to close the campus.
Currently, CSUEB remains open. However, the administration is looking to different agencies, such as Alameda Public Health, for guidance in this situation.
When reaching out to faculty at CSUEB for information on this, the Pioneer Staff went through multiple people until we finally got answers. Somehow, the Pioneer Staff found themselves being constantly looped back to the News and Communication Department.
There was a meeting that rushed the president and other members to come together to discuss further matters about the possibility of shutting down the school due to the coronavirus, according to a source that chose not to be named. When it came to seeking more information about this meeting the Pioneer Staff had a difficult time getting a hold with someone who knew information about it. As they contacted people to seek information we were either transferred to several people, and one of them stated they did not know what meeting occurred with the president or knew what deans were in the meetings. This led to Photo Editor Vanessa Martinez and Managing Editor Eddie Soper to visit the president’s office.
When arriving we requested to see Leroy M. Morishita and see if there was a chance to have a meeting with him. His secretary stated that he is a busy person and isn’t sure when he will be in, as his security who plans his schedule would know when he’s available and gave a straight answer to no meeting will occur with us.